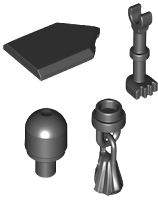 I asked readers to send in pictures of models they've created that use some the LEGO® parts featured in our current parts festival, The New Black. Perhaps having got the bug when he took place in our previous parts festival, Nexo-Classic Space, Peter Reid (legoloverman) surprised me with some microscale tanks he built especially for New Elementary readers.

The latest addition to Kazak's army of darkness, the Wolverine assault tank is a remote-controlled, mobile missile launcher. Each unit carries a devastating payload of eight tactical nuclear missiles. 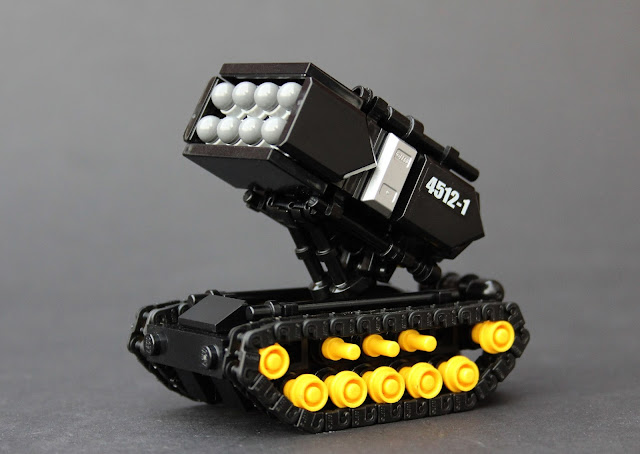 This model started with the weapon, which is a shameless recolour of the Horizon Assault Platform (one of my newest turtle weapon upgrades - see Bricks issue 17 for details and instructions).

I do love the chamfered edges found on Nexo shields and ingots. I also love to recycle old ideas. 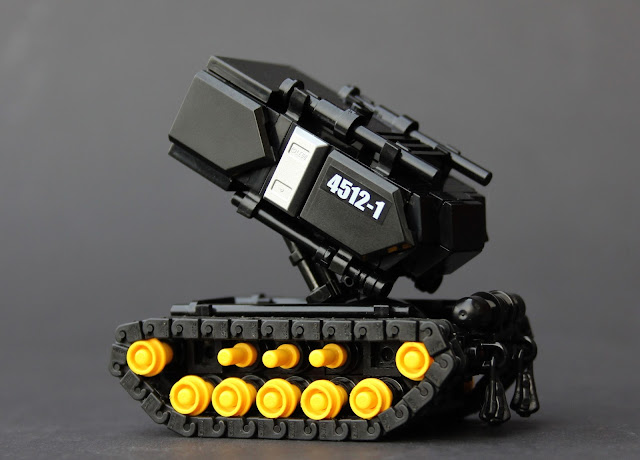 It's loosely inspired by this old Action Force toy, also called Wolverine. Development took several weeks, on and off. I originally planned to mount the launcher on a Blacktron turtle, but the turtle became a tank somewhere along the way. These things happen.

The Mauler uses two of The New Black challenge elements; a black Nexo shield once again and one of those nice arm joint things (3.2 Shaft W/3.2 Hole, Design ID 23443). 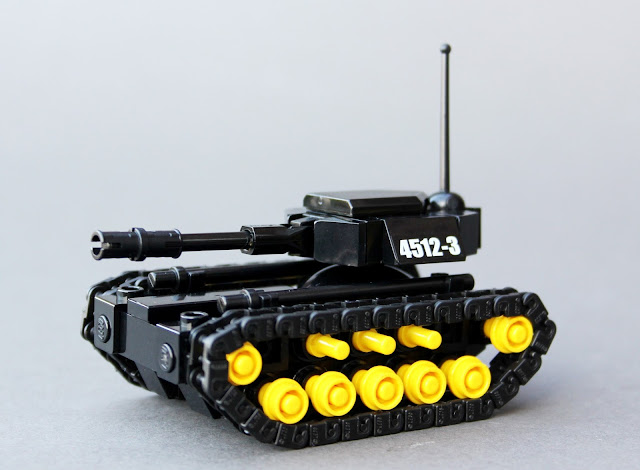 The shape is a nod to the Action Force/GI Joe tank of the same name. I'm quite into the scale of these little tanks, and I'd definitely like to experiment with some additional variant designs.

I'd like to thank Chris Salt for fixing the terrible problems that occurred during photography for this post. Black is not a forgiving shade - every scratch and speck of dust shows, especially on small models.