It's our 8th anniversary of publishing LEGO® articles today! As part of our celebrations, here's a fun article from Kev Levell.

Congratulations to Tim on 8 phenomenal years running New Elementary. In honour of those 8 years, I have picked 8 “parts”, most of these were (as usual) sitting on my build table, among the essential group of parts that I more often than not tend to have to hand, just to see how they might fit or what they will look like in whatever it is I’m building. Another day, it might have been a slightly different 8! 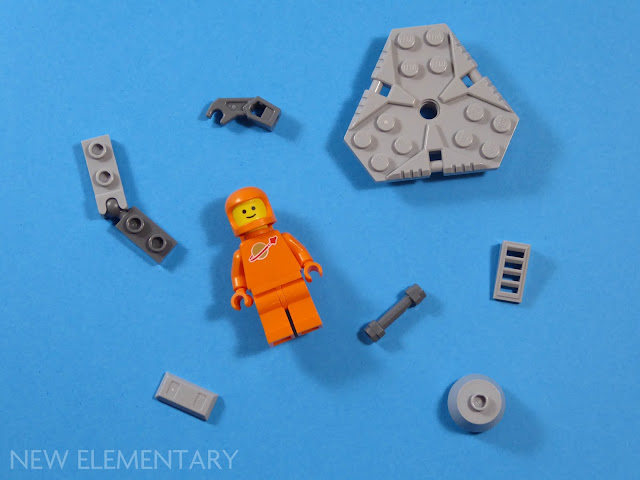 There are a few variations of these in our toolbox thanks to Mixels - I’m counting this as just one part, because well, without a socket, what is a ball joint? For reference, I’ve shown the combination of 22890 & 14418, but I normally have most of the compatible balls and sockets to hand too.

I love these for the fact that they integrate with older appearances of the ball, the sheer engineering of them and for the seemingly infinite possibilities for shaping and posing that they represent.

Introduced in 2006 as a simple arm for a minifigure version of Bionicle characters and for the robotic (Devastator) characters who were the opposition to the Exo-Force.

Initially available as 58342, but subsequently altered very slightly to remove the cut in at the wrist. 98313 is simply identified with the suffix “Thick Support” by Bricklink. In either variant it excellently depicts fingers on mechs and toes or claws on dragons. I’ve seen them used as rib cages, dogs’ legs, door hinges, landing gear, steering columns and more.

It’s how I came to be here. 27255 will always represent a lot more to me than its many connections.

I’ve always been interested in new LEGO components and I found New Elementary after a short hiatus in building with LEGO while my children were small.

Tim took a chance by letting me contribute to his parts festival and being a permanent member of his team has really enhanced the hobby for me.

This guy should really need no introduction - the most recently available incarnation of the Classic Spaceman, virtually unchanged since 1978.

Sgt. Orange reported for duty last year and I continually hope other colours of these guys are in our future… a bit like the space exploration they represent.

66909 first appeared in it’s Metallic Gold variant last year. In recent weeks I have tended towards this newer part instead of my old standby 64567.

Since I managed to get a few of them for a seemingly more affordable sum. I’ve been finding that in practise, I marginally prefer the geometry of it.

It is hard for me to believe this piece has only been with us since 2008, because somehow, this is one of those parts that feels like it has always been with us.

61409 has appeared in an impressive 884 sets and has been available in a total of 21 colours. It’s definitely a go-to part for surface detailing. Fan covers, vents, grating, car grilles, and I can’t explain the appeal of it. I gravitate to this part so very often.

Robot heads, moon rover hub caps, surface detail on monstrous space ships. Introduced the same year as New Elementary began; 2013. 98100 is one of those parts that doesn’t offer much over other similar 2x2 round bricks, but again, I find myself using this time and again. I have one wish for it though, if it ever gets re-moulded, I hope the stud is made open.

It really is just Greebling. An aesthetic choice, something that adds surface detail, and more or less does the same thing a 1x2 tile does. So why do I keep using them? Why would I like to see a couple of more sizes? 2x2 and 1x4 would be dreams come true.

This piece has been in sets for a whole decade, first available in 2000414 Serious Play Starter Kit and more generally first seen in Pirates of the Caribbean sets in 2011, 99563 is just fried gold.

So, eight parts, picked out almost randomly from the chaotic sea of LEGO elements on my table.

...and then I looked at the parts I had picked and I thought, I wonder if I can make something out of them? Admittedly, it is derivative of one of the very first things I built for New Elementary, but I didn't add many other elements to the selection of parts as shown in the first pic. 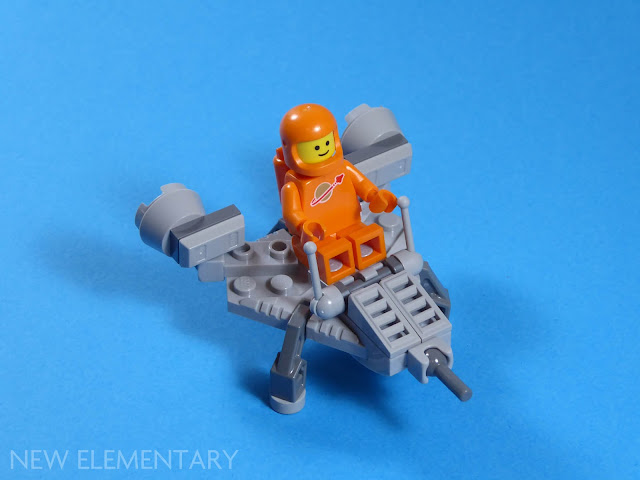 So, thanks Tim for a wonderful site and here’s to the next eight! 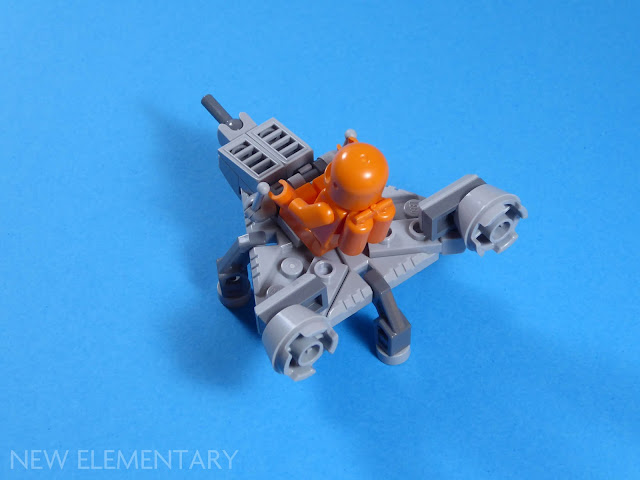 READ MORE: Jonas Kramm selects 8 LEGO parts you can use as the figure 8!

Posted by: Admin Posted on 6/10/2021 10:04:00 am
Email ThisBlogThis!Share to TwitterShare to FacebookShare to Pinterest
Labels: Old parts