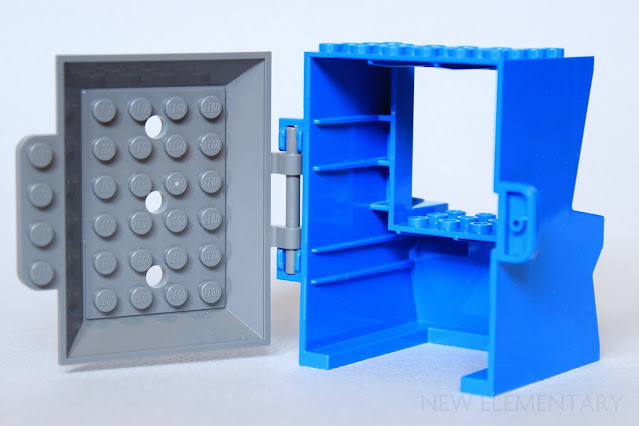 It would be an understatement to say that building something with the main element from 71715 Jay Avatar Arcade Pod was a challenge. It is a large, clumsy LEGO® part with strange shapes and bits sticking out. The angles on the front were not the issue; it was the clips and plate on the sides that got in the way of using this part in the ways I wanted to.
My first idea was to use these blue parts to build a mech in a bulky and industrial style – almost Gundam-esque – to keep it in tradition with the Ninjago theme. This idea fell apart quickly because of the aforementioned problem, and it was hard to cover them up in a way that would look good.

I also wanted to avoid having the mech pilot sit inside the arcade pod the same way the Jay minifigures are inside the pod in the actual set. The goal was to use these parts in ways they wouldn't normally be used.

That left me with one other idea: turn the arcade pod to the side, add some fluff around it, and finish it off with wheels. Thus, after tablescrapping and experimenting with another pod, a tank was born. 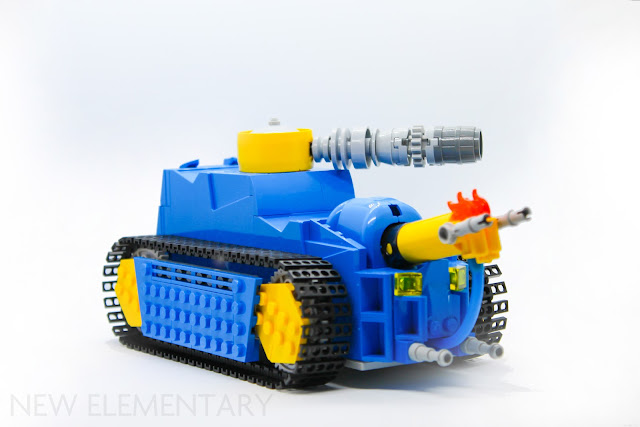 Stacking two arcade pods offset to each other allowed some great things to happen. As Victor Pruvost showed us in his initial review of the part, the top half of the pod (the console and the screen/window) is four modules tall. This is plenty of space to fill that hole in the arcade pod, with room for my usual SNOT-work. One of these sections needed to be the base for the massive turret cannon. 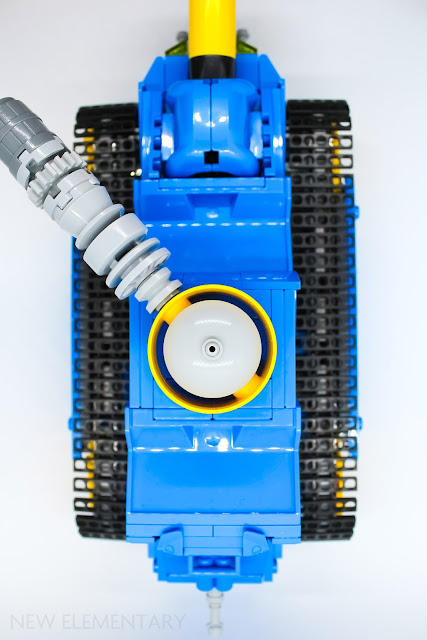 With tiles placed where the console section originally goes, I was able to put a 4x4 assembly with a plate and tile on each side. This was a perfect fit because the angled side of the arcade pod is half a plate thick. There was a plate thick space left at the very top, which I covered with the 2x2 curved slope; its plate offset making another perfect fit. 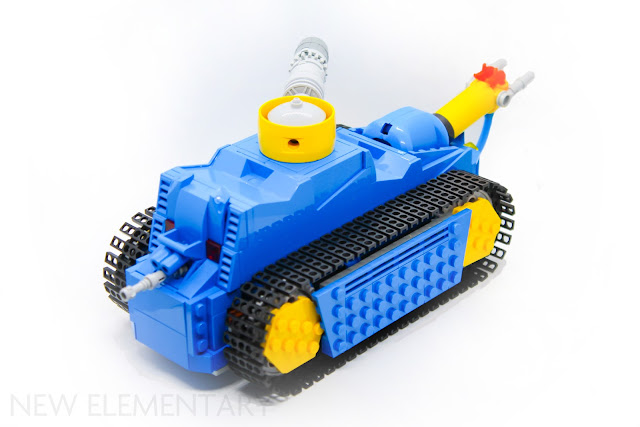 The clips and plate on the side of the arcade pod itself got hidden by Technic chain links, which I was happy with. If I wasn't a purist, I would have sawed off those unnecessary bits... yes, frustrations with these parts really had me considering such heresy! 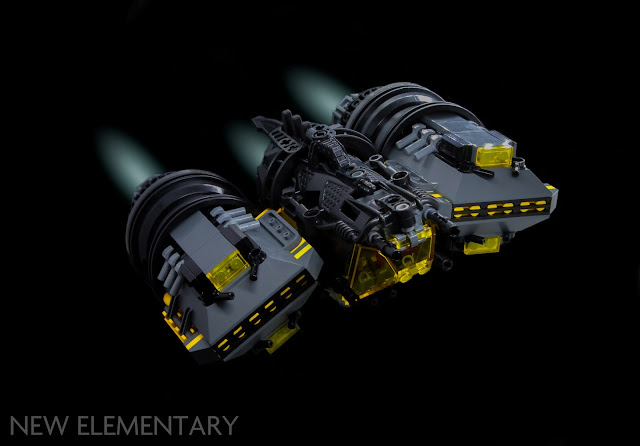 The backside of the arcade pod sets was a more welcome part to work with. Its dark grey colour and angular shape makes it ideal for anything space-related! A good thing too - the Blacktron Bounty Hunter from the Collectible Minifigure series 19 has been itching for a ride to hunt LEGO spacemen in... 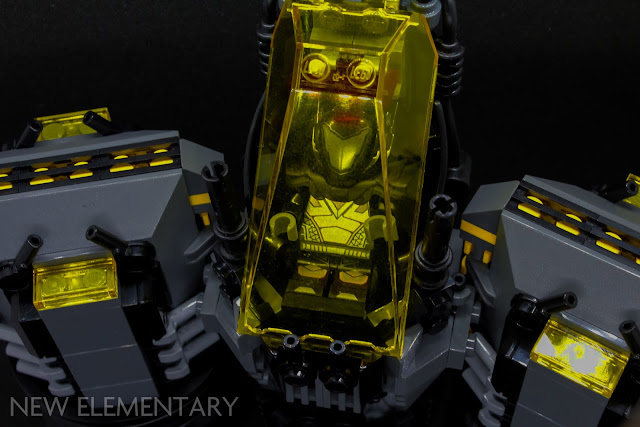 Putting two of them back to back - or rather front to front using the 3.2mm bar connection to a 1x1 tile with clip - created the perfect 1 module wide gap between them, which got filled with engine intakes and a structure for the large thrusters in the back. The few yellow parts in the Jay Avatar pod provided good highlights for the blacks and dark greys, creating a great Blacktron colour scheme! 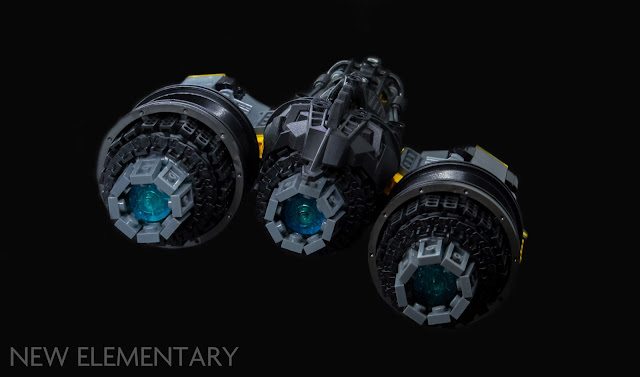 I reused the Technic chain links from the blue tank for formidable and greebly thrusters on this attack craft, while the top section of the hull uses Bionicle parts - Mistika Nynrah Ghost Blaster Shield in Black (4525706 | 61796) and Large Figure Torso Cover, Armour, Stronius in Black (4544646 | 64291) - to convey the brutal, alien nature of Blacktron. These unusual parts were attached to a small and dense Technic core, which made the downwards angle of the side engines possible.

I found the set to be just a minifigure pack with accessories, barely any other parts, and a big clunky container. I prefer the Friends square pods and last year's circular pods, even though they're less able to be integrated with builds. I would have liked these Ninjago Arcade pods better if the Ninjas' weapons were more traditional parts instead of being crazy moulds in a crazy colour. I prefer more parts to one-off weapons. The minifigs are cool, but I find the Ninjas' armour upgrades to be overwhelming. The Jay Avatar is a more interesting figure with the obvious Ziggy Stardust influence.

The two elements are: