The train prism is part of a headlight assembly for 6-wide trains. Two train prisms are placed in a Electric, Train Light Prism 1 x 6 Holder (4170). I don’t have one of these myself, but I’m guessing the back of the part is hollow.

This makes the light bounce through the prism and out into the lamps. Very clever. This is not, however, why I find this part interesting. What I like about this part is its dimensions.

The prism is made to fit the inside of a brick and therefore it has the same width as a LEGO stud. Because of this, it is perfect for use in microscale builds. Also, because it’s slightly smaller than a regular brick, I use it to mess with the sense of scale a bit.

The length of the train prism is three studs minus the walls; approximately 21.1 mm. 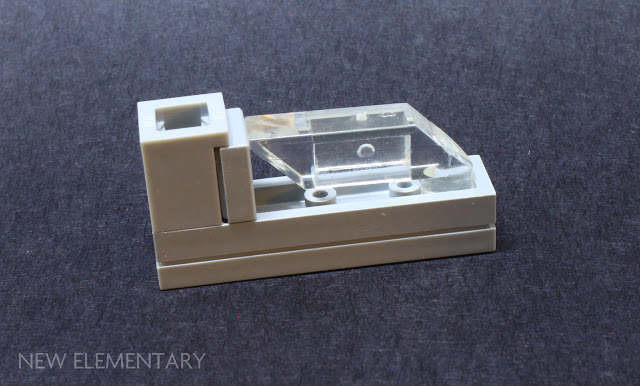 You can see that here; it is connected to the underside of a 1x4 plate.

The height is 5.85 mm  (9.3 mm including the stud) and the width is 4.9 mm. This is the exact same width as the inner measurements of a LEGO brick. Which of course is also the same width as a LEGO stud. 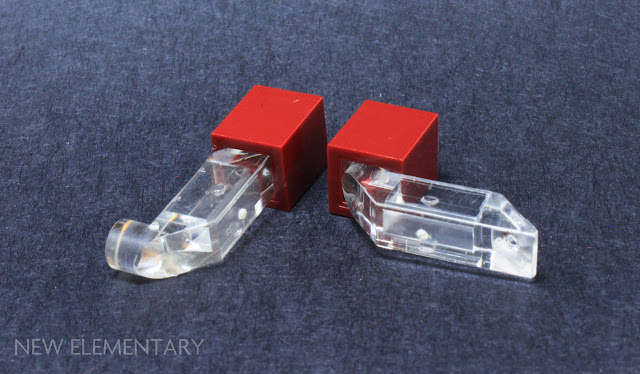 Here are two examples of ways you can fit the prism inside a LEGO brick.

This brings us to another weird feature of this part: there is actually an entire LEGO product line that uses this width; Modulex! Yes, the train prism has unexpected compatibility with Modulex. 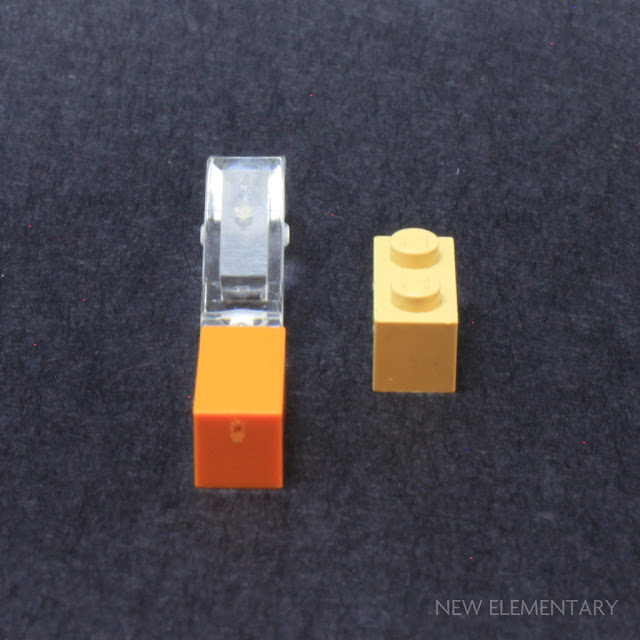 Here is the train prism compared to a Modulex tile and brick. 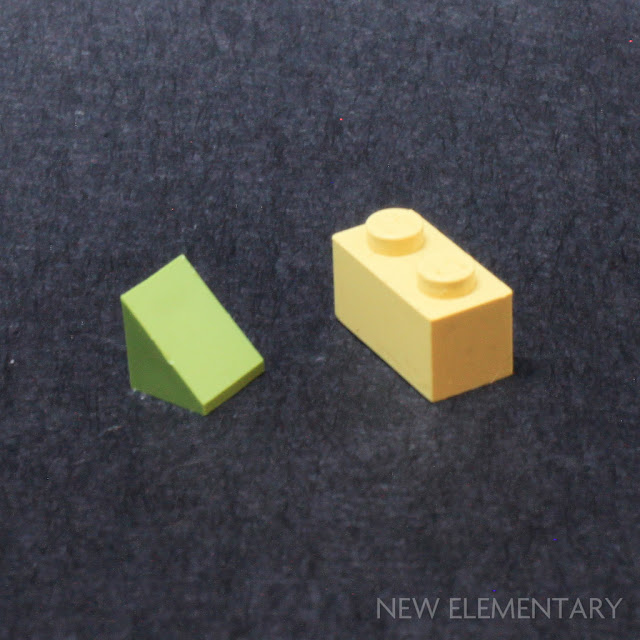 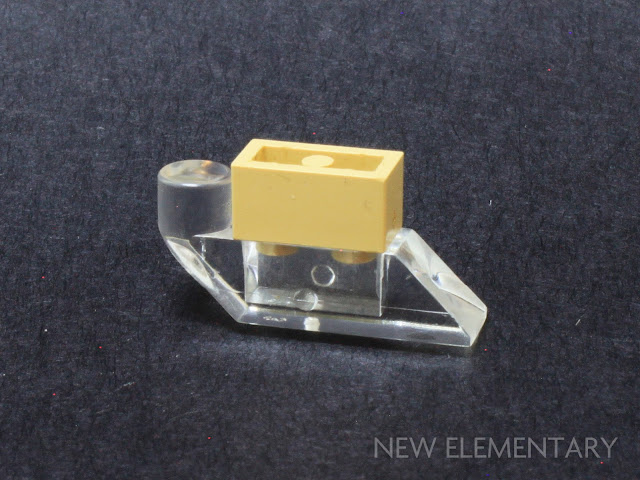 The prism has a notch on the “underside” that actually connects to a Modulex brick. 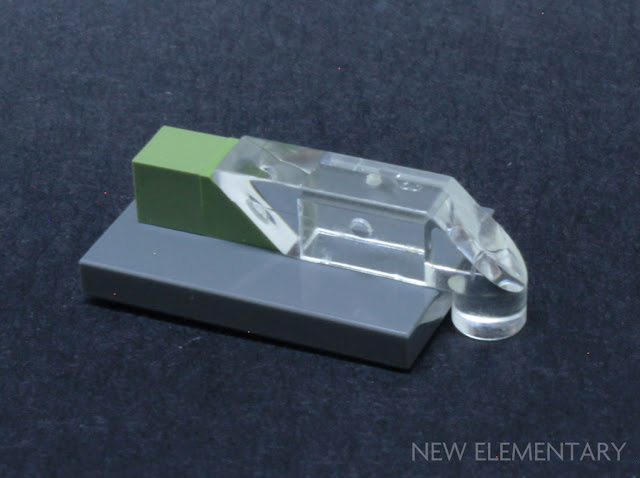 And, since the angled surface of the prism is 45 degrees it fits perfectly with the Modulex 45 degree 1x1 slope. It’s not connected, but you can see the dimensions match up. I will return to this 1x1 slope later.

The first time I saw this part used was in this MOC by the master of microscale sci-fi, Pierre E Fieschi. 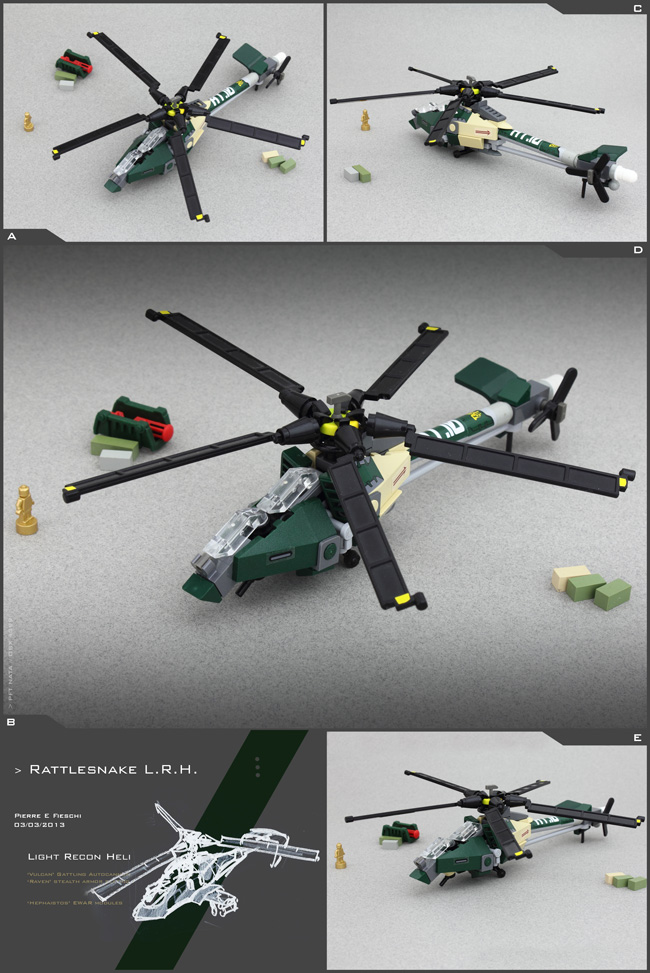 I, too, have mainly used this part as a canopy or windscreen for vehicles. Like this: 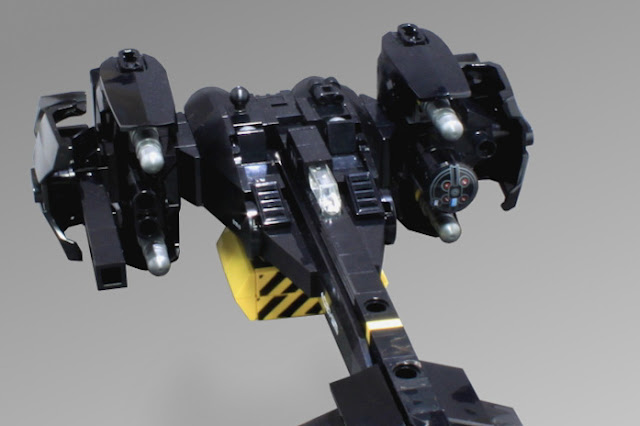 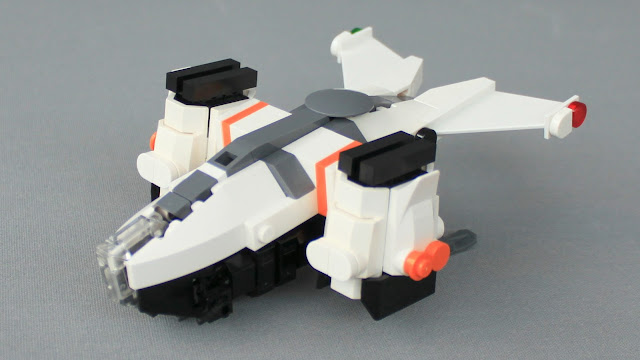 And of course, this: 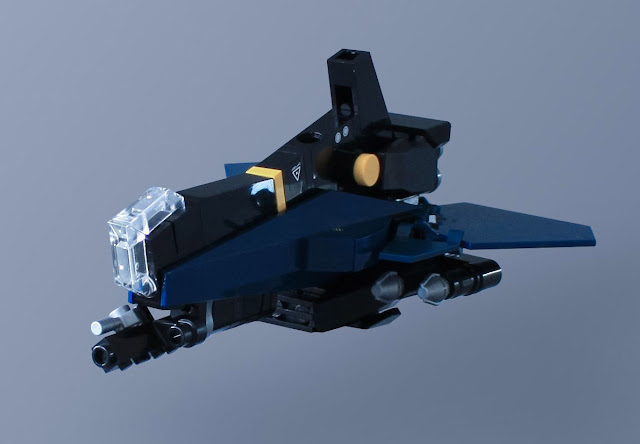 For the first image I simply attached a 1x1 brick in the back of the canopy. Like this: 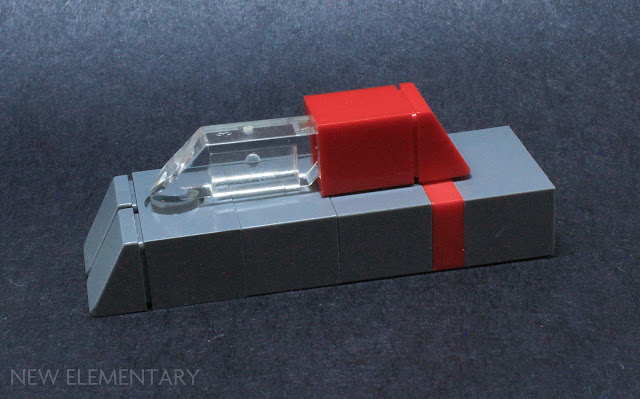 And on the other two ships I have used variations of this assembly: 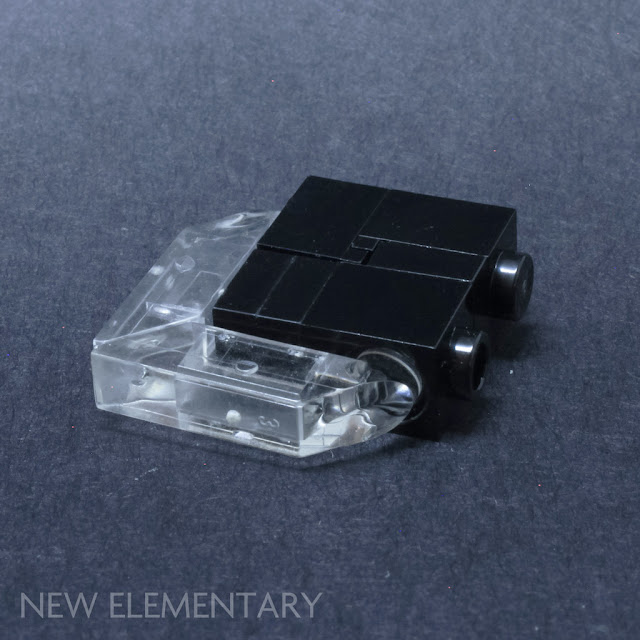 I think it could be used in many other ways. I challenge you other builders out there to come up with some cool ways of using this in your builds! I have made two new builds for this article to give you some more inspiration. 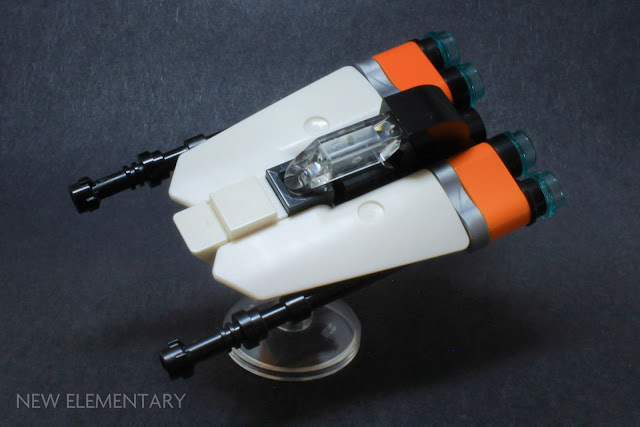 Second, remember the Modulex 45 degree 1x1 slope I mentioned earlier? I wanted to use that combination together in a build. Using some of the tricks we learned in an earlier Old Elementary article by Ralf Langer on how to connect Modulex to regular LEGO bricks, as well as the Modulex/LEGO connection techniques that Ryan Howerter has collated, I made this assembly: 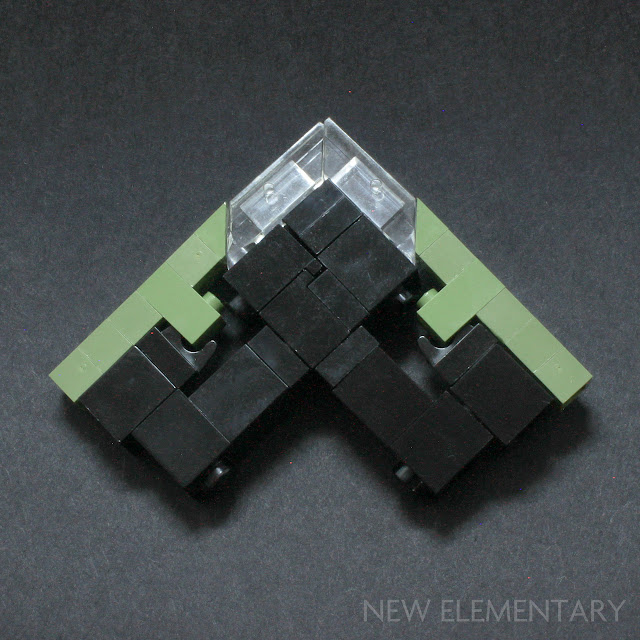 I then stacked three of these and built this "cyberpunk"-style house: 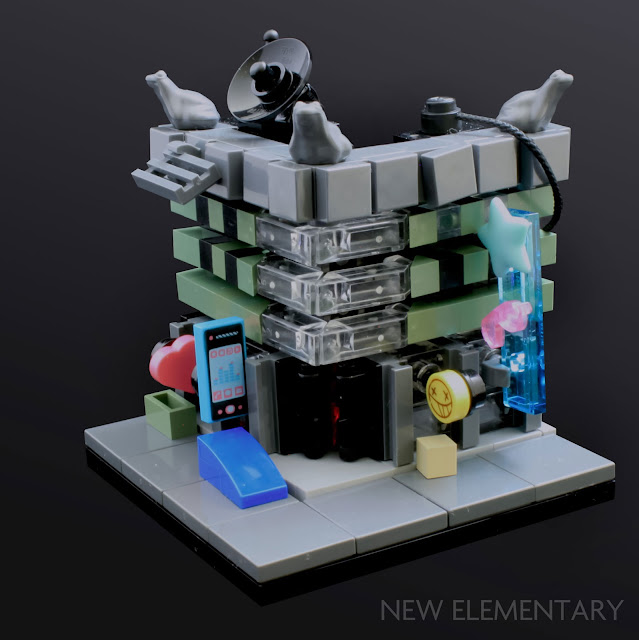 Products mentioned in this post were kindly supplied by the LEGO Group. All content represents the opinions of New Elementary authors and not the LEGO Group. All text and images are © New Elementary unless otherwise attributed.
Posted by: Admin Posted on 2/12/2020 09:24:00 am
Email ThisBlogThis!Share to TwitterShare to FacebookShare to Pinterest
Labels: Architecture, Modulex, Old parts, Space, Technique