NEXOGON: Guardian of the Golden Pearl

Following his hunter's tent, today Gabriel Thomson (qi_tah on Flickr) has a vastly different build using the same technique with the Plate, Modified 6 x 6 Hexagonal with Pin Hole (Design ID 27255) from LEGO® NEXO KNIGHTS™.
My second pentagon-based build is a weed-encrusted giant clam, hiding a golden pearl in its centre. (Click to enlarge.) 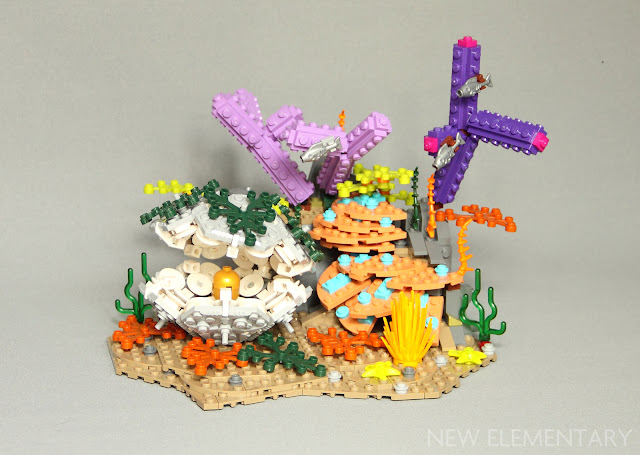 I was interested to see if I could convincingly line the interior of the shape this time, rather than the exterior. 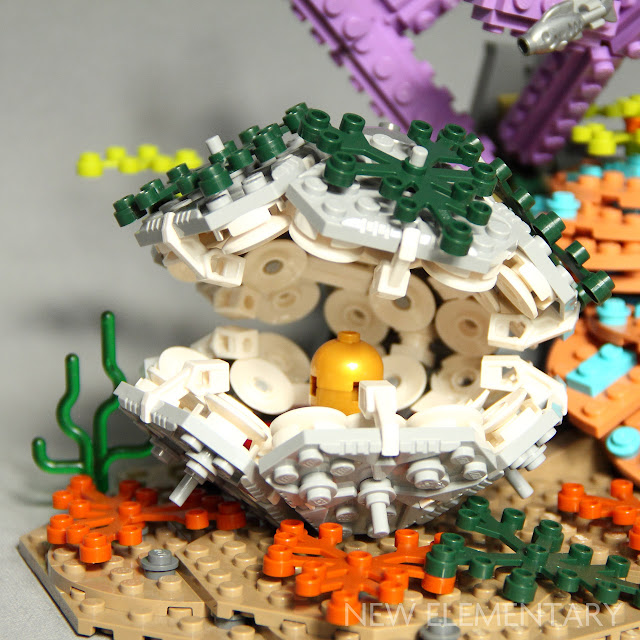 Rather than just covering up the Technic holes in the centre of the Nexogons, as I did in the hunter’s camp, I have used them to attach elements on both sides. 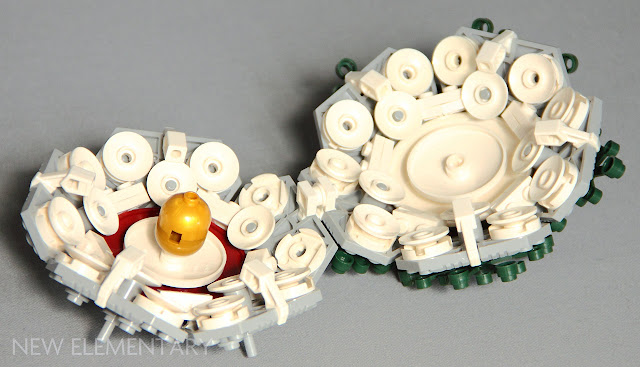 In this instance, the 3L bar running through the hole is held captive in place with a 2x2 dish inverted (Design ID 4740) on the inside and a 1x1 round plate with open stud (Design ID 85861) on the outside. 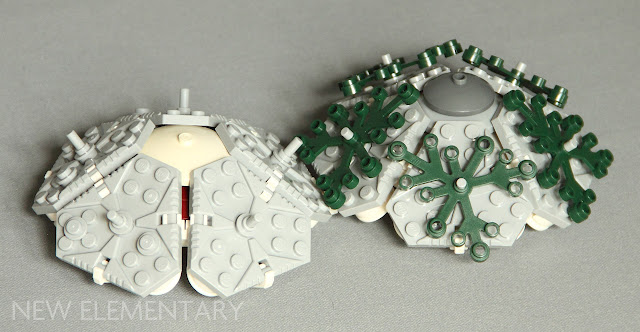 I enjoyed both of these builds very much, seeing how far I could stretch the part away from its natural connotations with sci-fi creations. Disguising and changing the texture of the element to suggest something other than metal was an interesting challenge, but its shape felt like a natural fit for more organic structures. I would dearly love to see this part in more earthy colours such as Reddish Brown or Dark Tan.


READ MORE: Plenty more Nexogon builds and techniques to inspire you in our parts festival
Do you like buying stuff? Do you like reading New Elementary? Please consider following our affiliate links before you buy your LEGO sets and bricks (or anything); any purchase you make will send a few pennies New Elementary's way and that is hugely appreciated.


Products mentioned in this post were kindly supplied by the LEGO Group. All content represents the opinions of New Elementary authors and not the LEGO Group.
Posted by: Admin Posted on 4/12/2017 11:07:00 am
Email ThisBlogThis!Share to TwitterShare to FacebookShare to Pinterest
Labels: Parts Festivals, Technique