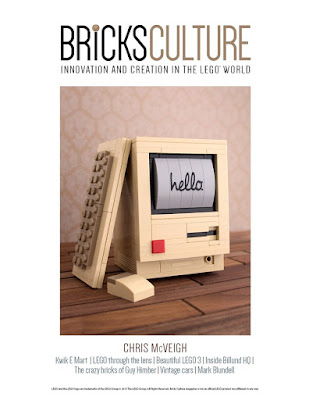 
If you're interested, here you can see some sample spreads from Bricks and Bricks Culture. The magazines are only available to order online and there is no digital edition available at the moment. Also, UK readers can tune into Channel 4 at 8pm this Sunday 14 June 2015 for a documentary about the LEGO Group and its fans; one of those fans being Mark Guest who they followed during the crazy process of starting the magazines. I'm told I make an appearance - thankfully, fleeting!
Posted by: Admin Posted on 6/11/2015 01:42:00 pm
Email ThisBlogThis!Share to TwitterShare to FacebookShare to Pinterest