A short post for a small set today! A weeny Creator set isn't normally the kind of thing I discuss here, but I had to get my hands on 2015 set 31028 Sea Plane 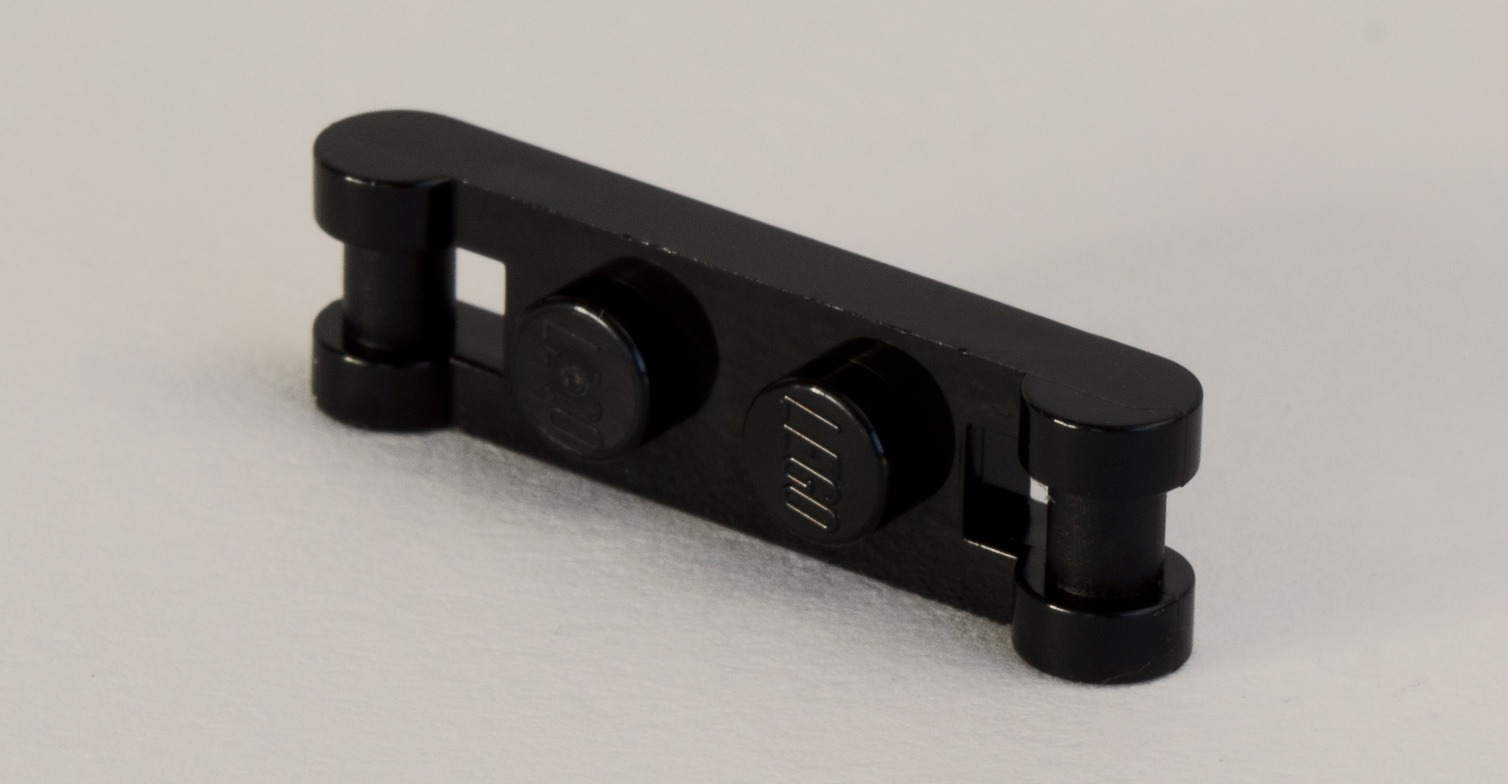 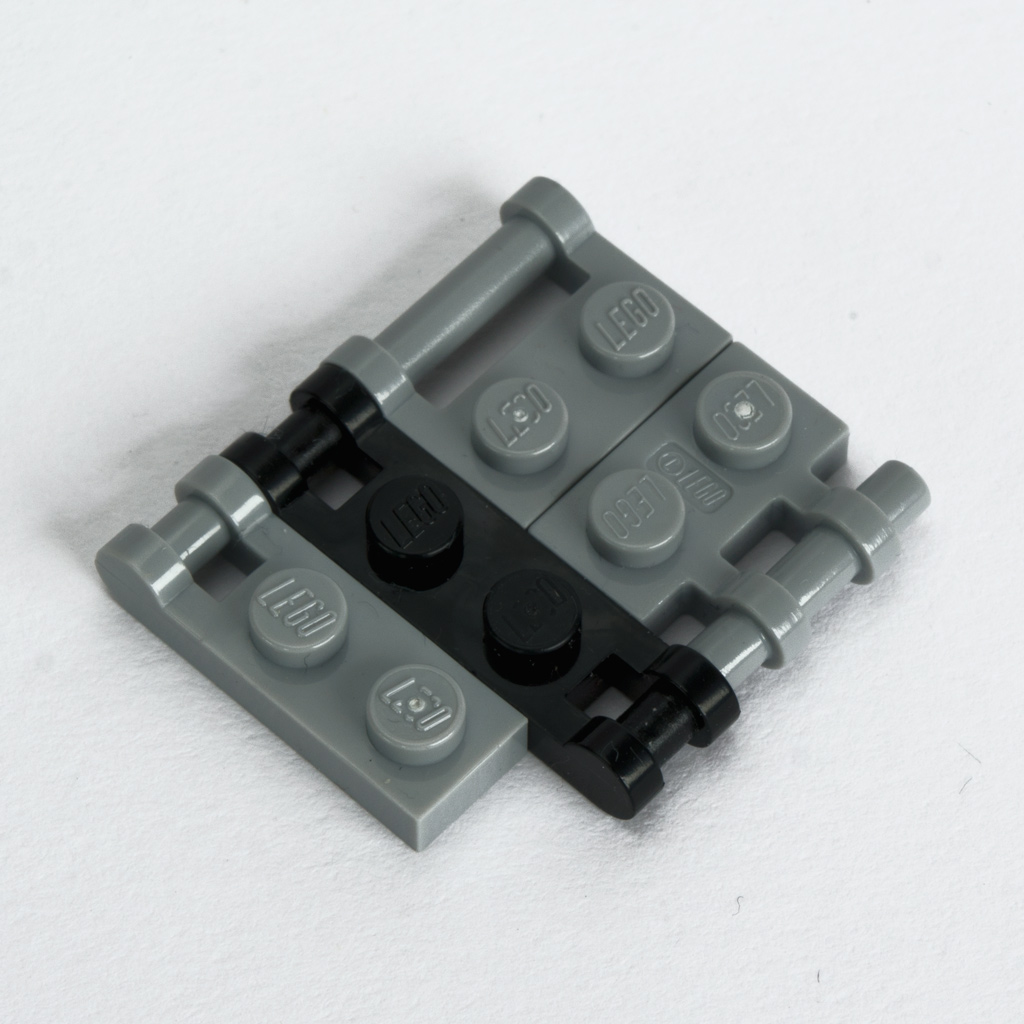 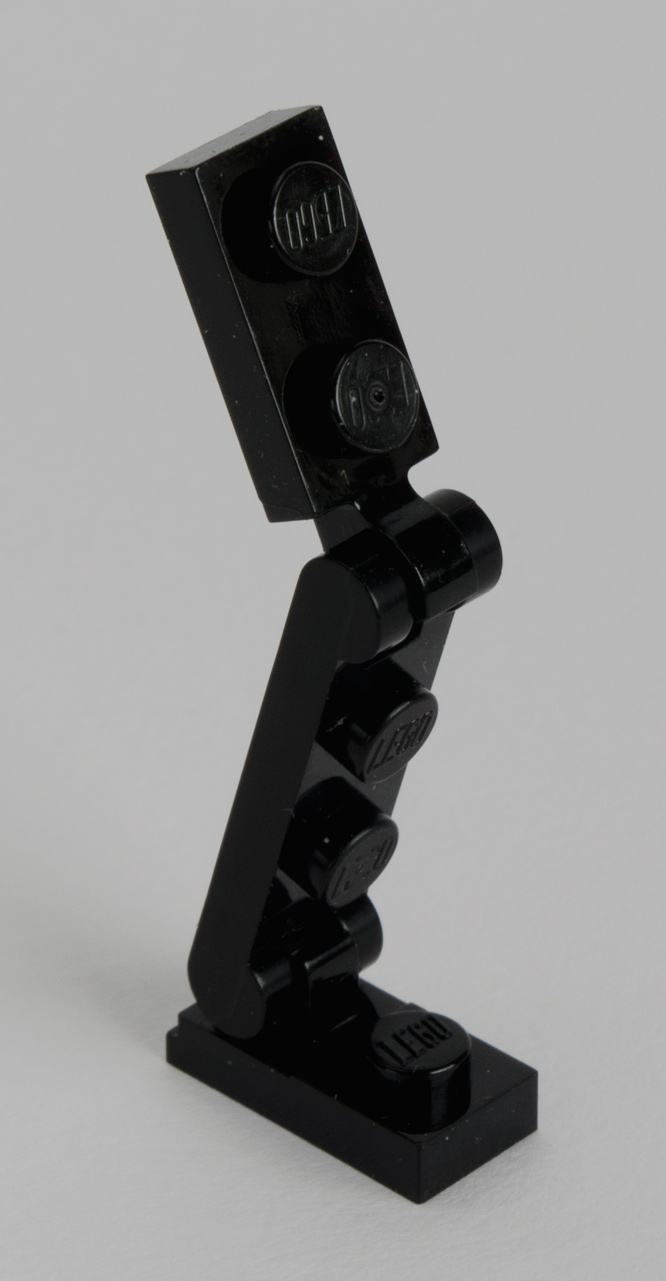 I have often desired a 1x1 plate with handle, but I imagine TLG have avoided that since modified 1x1s are not as stable as modified 1x2s. Although 1x1s with clip exist, I've sensed TLG have moved away from modified 1x1 parts in recent times. So whilst this 1x2 isn't as useful, it does at least fulfil one of the purposes that two 1x1s would have been good for. Plus it does something crucial which two 1x1s could not have: it can form part of a double joint, for example making limbs. I've shown a leg here... but that's not a great example as the friction would likely be insufficient for a body's weight. Maybe the Mixels added to the impetus to create this part - they often use bar/clip connections for limbs.

I think the most exciting aspect of this new part is what further new parts it possibly signals... can we expect a range of double-ended bar or clip parts? I have no insight unfortunately, but an equivalent part with clips feels like the next logical step. Or a clip at one end and bar at the other?... many wonderful options are possible!

Ignoring the functional use, it might work as a snowboard for kids alongside the existing larger snowboard accessory. Or the top of a 1x2 column. I'm sure there will be many decorative applications, as the symmetry makes it a most elegant element.

Now let's see how it is used in 31028 Sea Plane and what else the set has to offer. It's a miniscule set - just 53 pieces plus a half-dozen or so spares - and so it comes in a miniscule box. 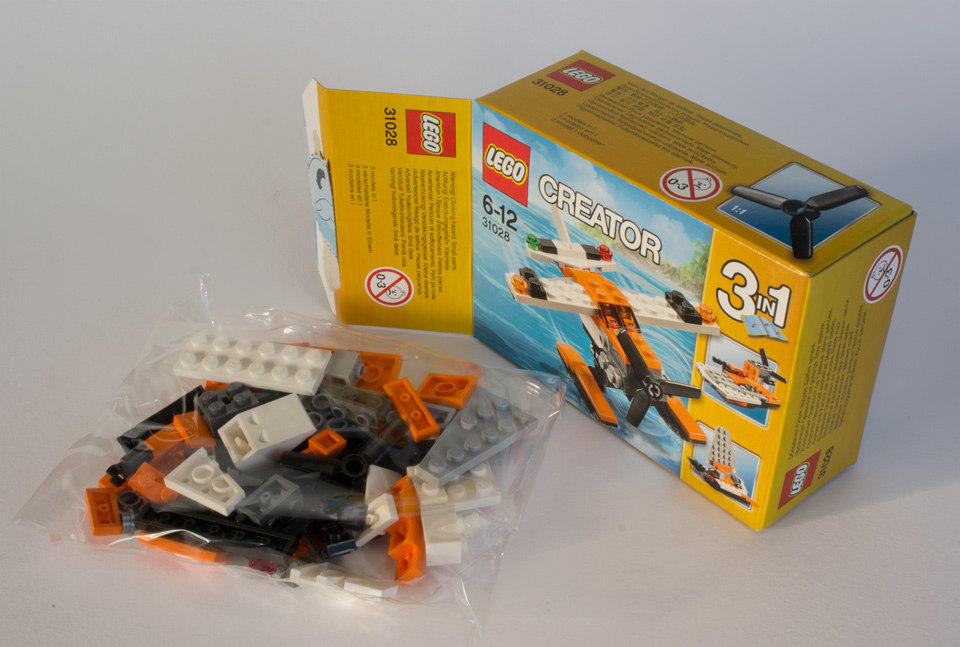 Aside from the thrilling new part - of which sadly only one is required - there are no other new parts nor recolours. Which is hardly surprising. But it's a nice enough inventory if you're after some Bright Orange [TLG]/Orange [BL]. Here are some of the less common parts included: 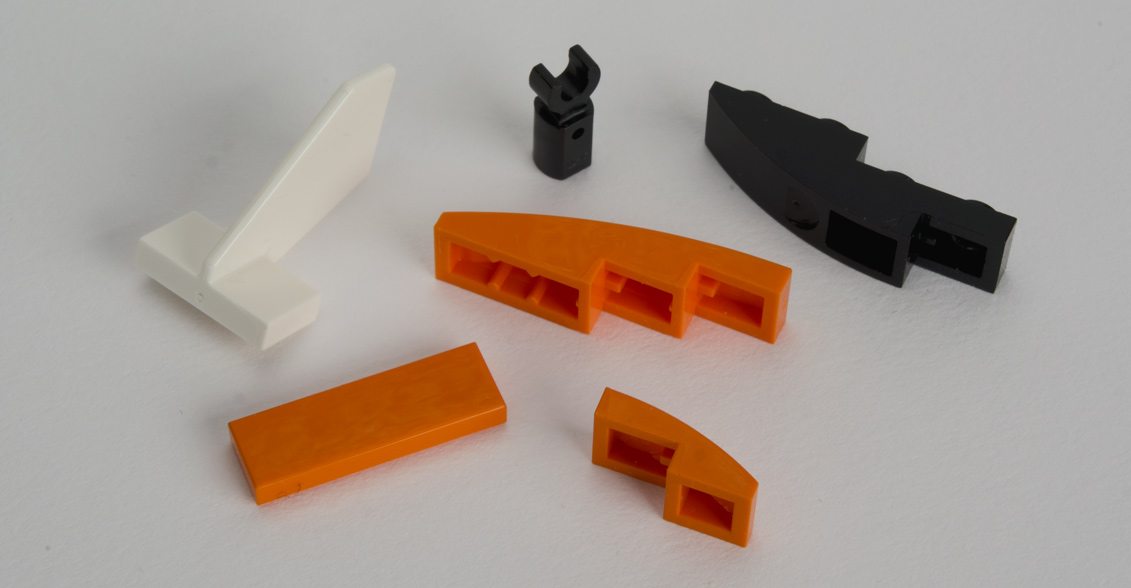 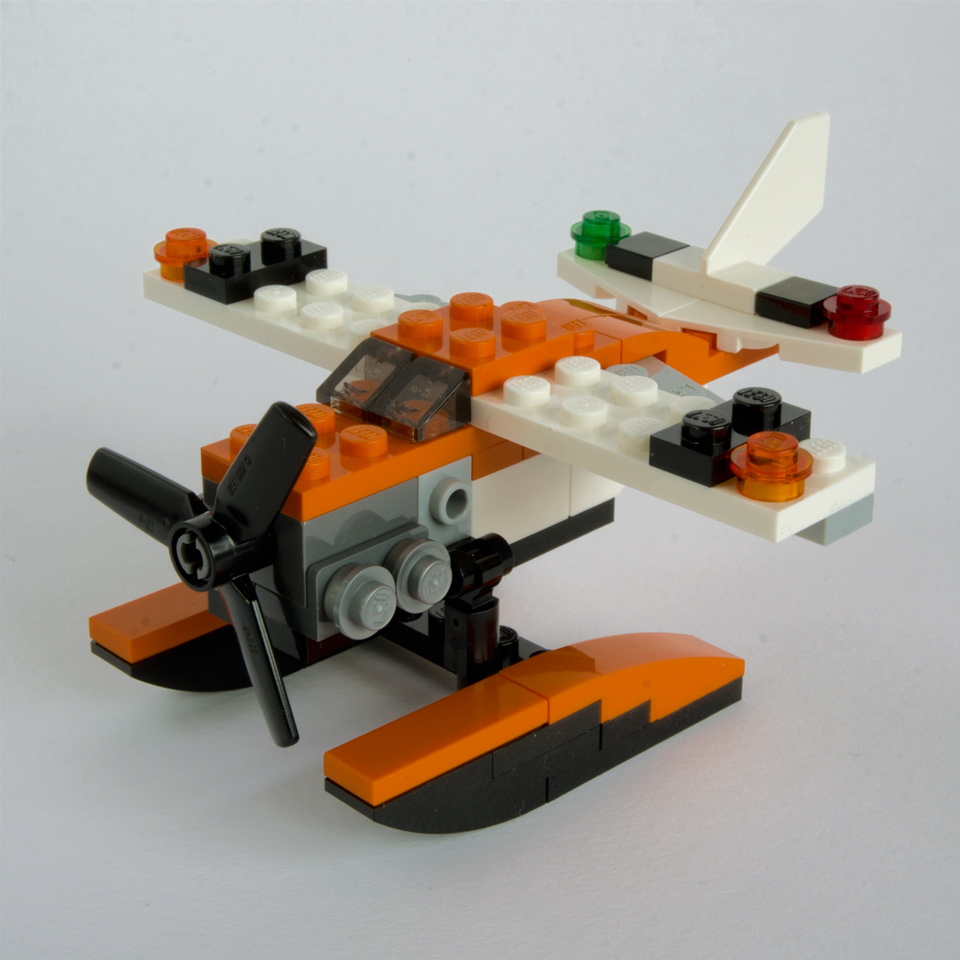 It's a 3-in-1 model; the seaplane obviously being the primary model. The detailing is really nice for such a small model and the red and green lights made me think of Classic Space, which is always a nice thought! I love the shape of the water rudders. But what of our new piece? It connects the fuselage to the water rudders using bar holders with clip. 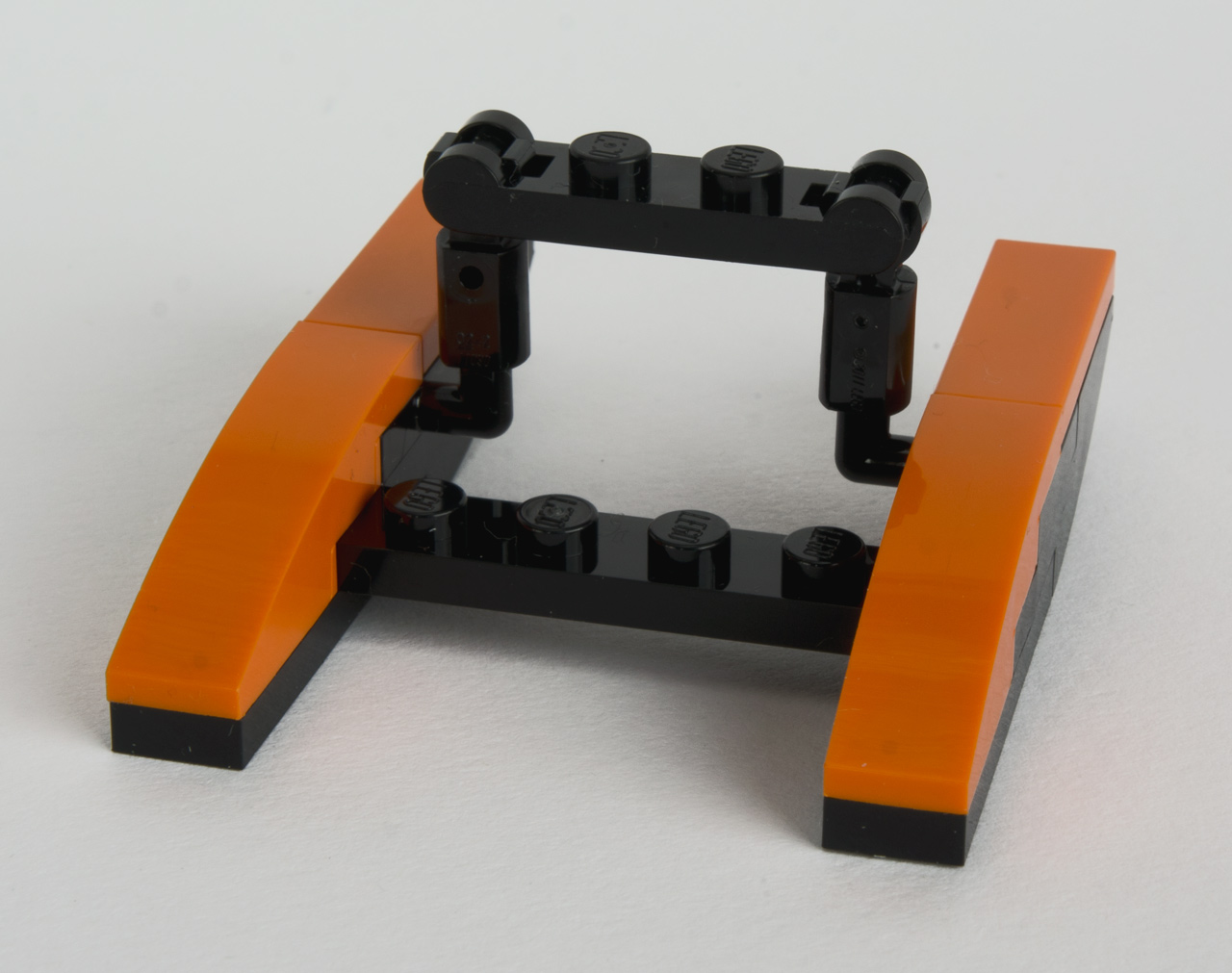 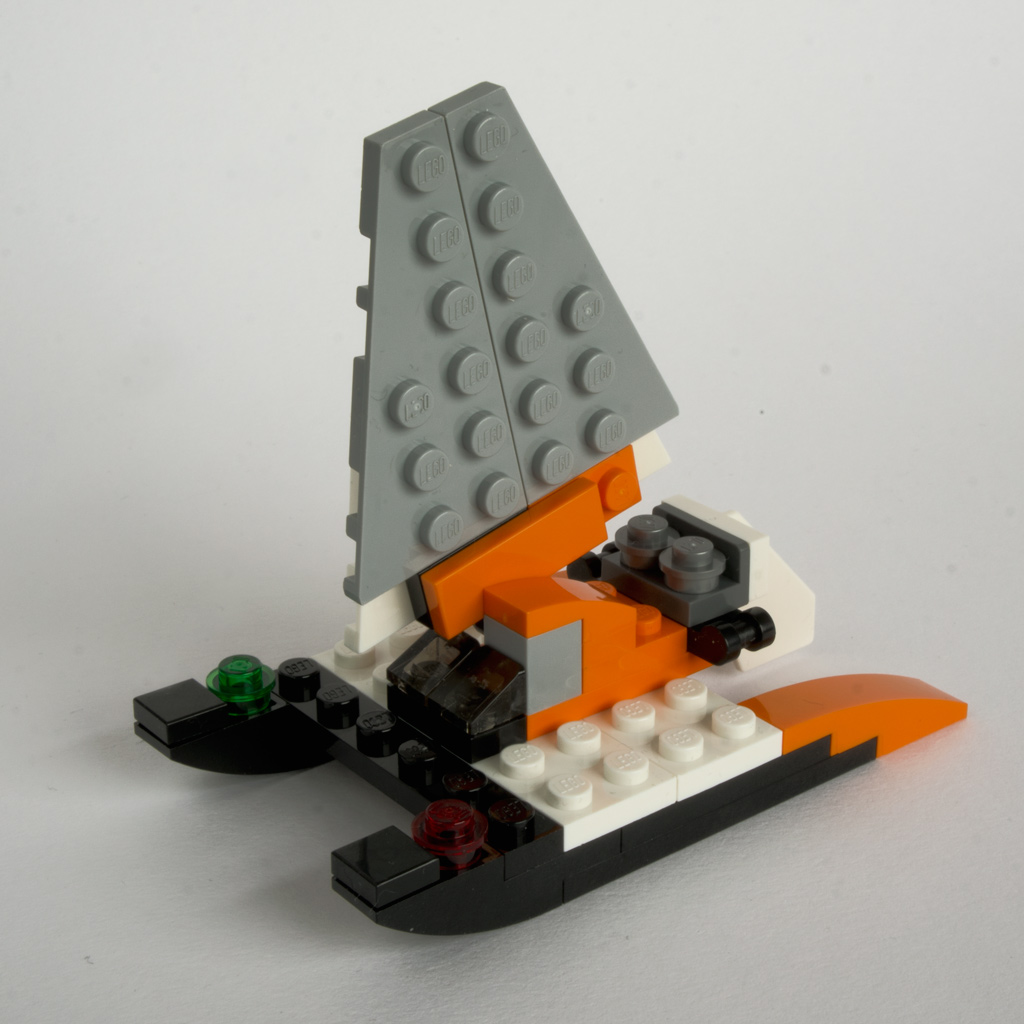 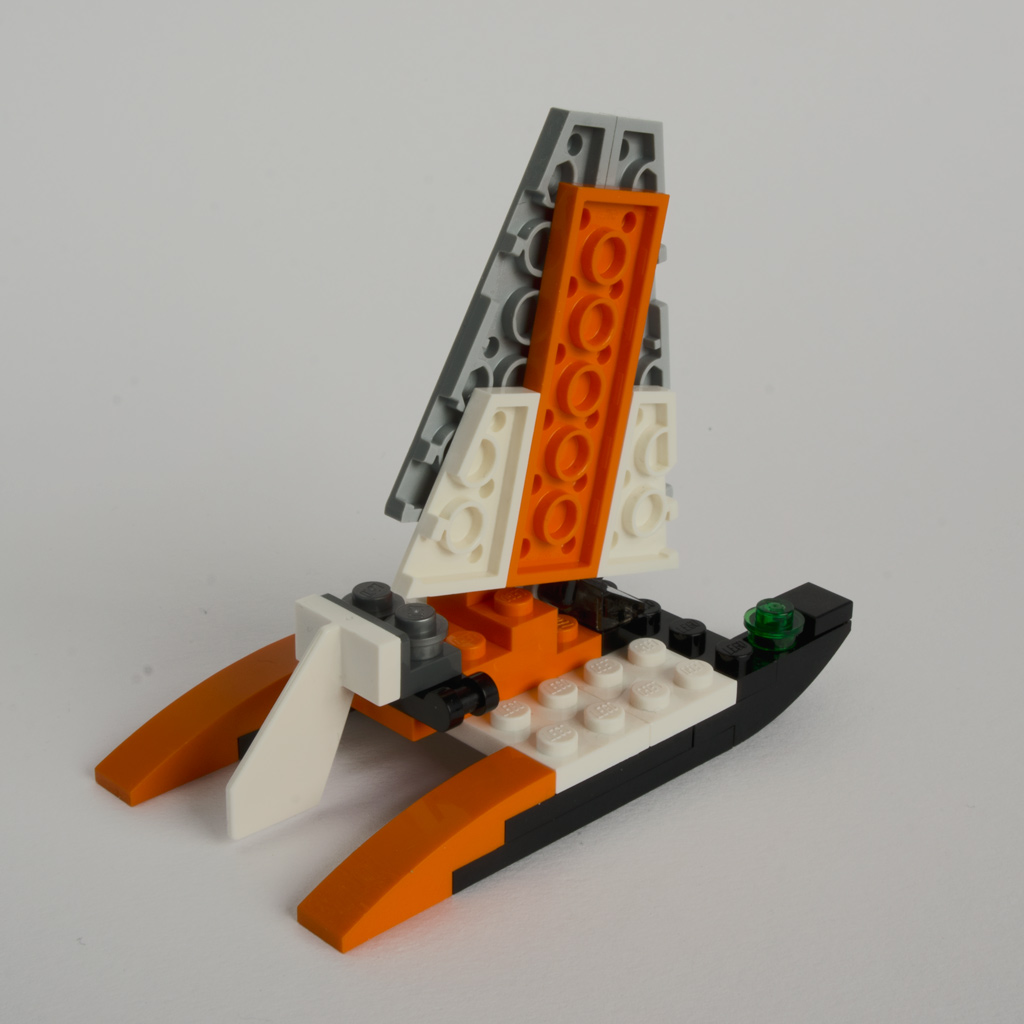 The second model is a catamaran, which has an asymmetrical design to attach the sail which can be rotated a bit - a nice enough play feature for a tiny set. Our special new plate is simply used decoratively. 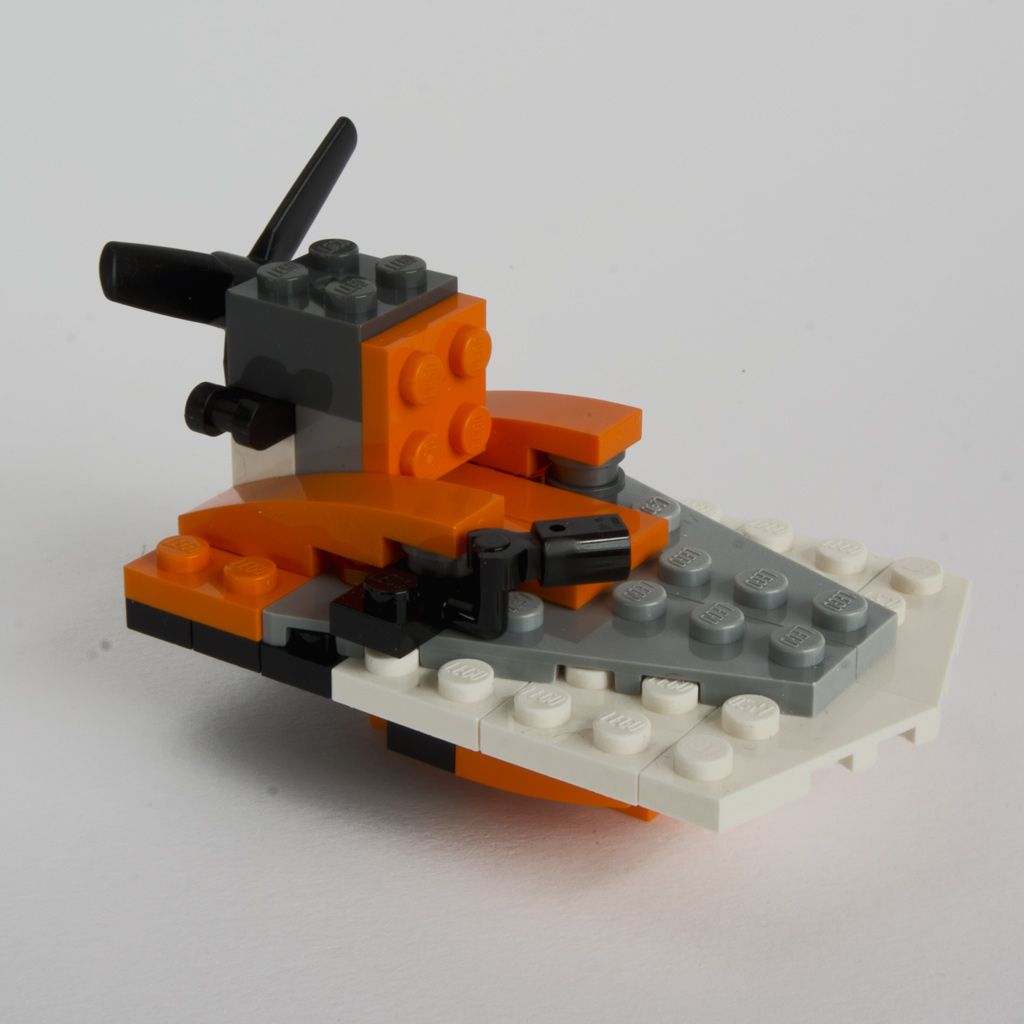 Same again in the final model, which is a swamp boat at minifig scale - with no minifig supplied, of course. It's a bit blocky, but there's a decent amount of shaping going on. The steering handle and the arm rests are nice details, but this is the least successful of the three models. 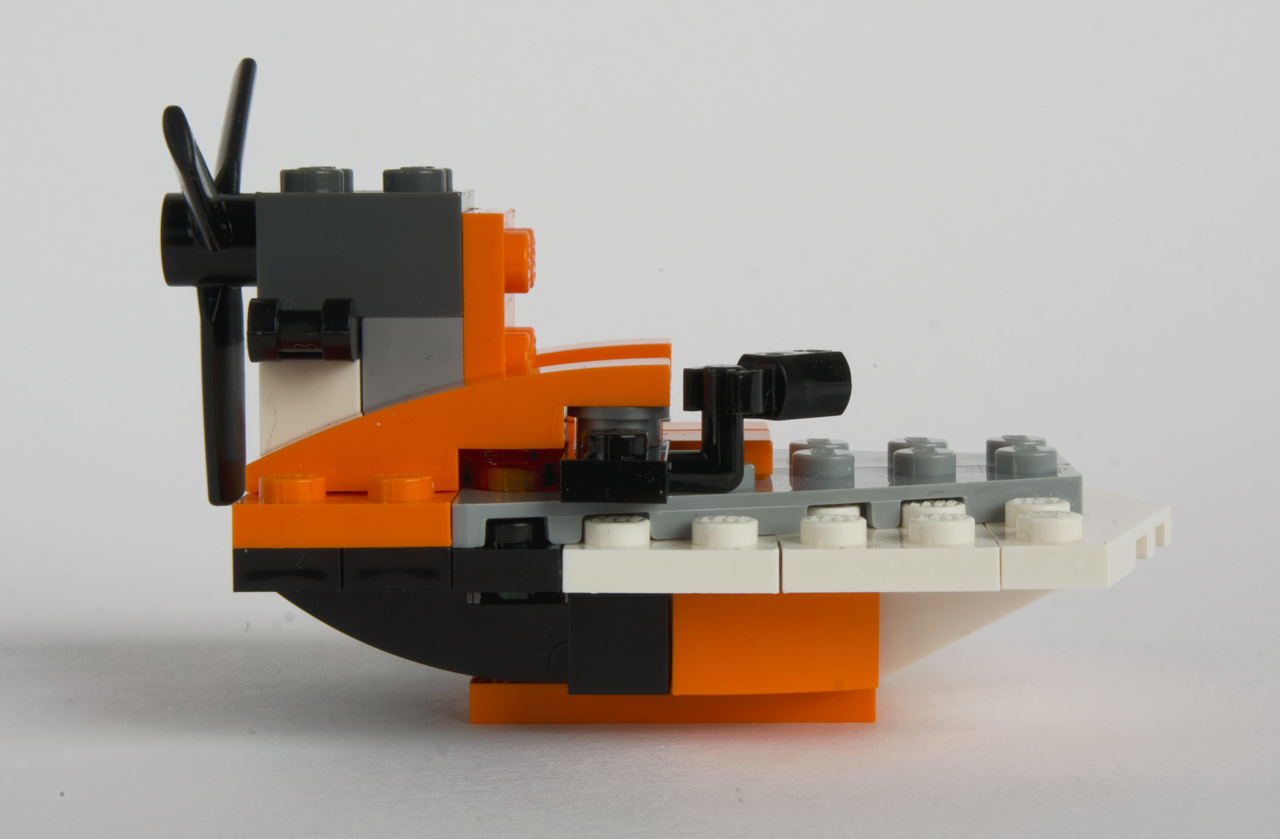 To summarise, this is a nice enough pocket money set for kids and I'm impressed by the variety of aquatic vehicles they've developed with so few parts. But like I said at the start, there's only one thing in here for me! At US$4.99, it's pricey for just a single instance of that part and doubtless it will appear in many sets in 2015 - but right now, this is the only one I am aware of.

It is officially released on January 1, 2015 but is already available in some places in the US - including US LEGO® Shop at Home. In fact, here's an affiliate link :o)

If you're wondering about general availability of 2015 sets, Brickset are posting occasional homepage articles summarising worldwide sightings. We've got several 2015 sets with exciting parts to discuss here over the next few weeks, so keep checking in with New Elementary!


Our thanks to LEGO's Community & Events Engagement Team for providing this set. Consider using our affiliate links to buy it (or anything); this helps support New Elementary!