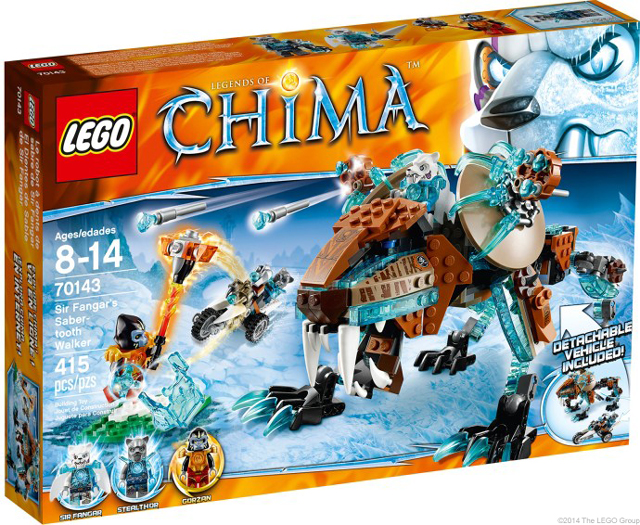 Unboxing and exploring the elements

The box contains four bags and two instruction books. Inside these is the usual visual warning to empty and build only one bag at a time. Does anyone actually demonstrate this level of restraint, I wonder as I eagerly tear into all four to pick over the enticing new elements. I’ll leave the Trans-Light Blue pieces until last.

The first to tumble out is this 3X2X1 axle connector in Pearl Dark Gray [BL]/Titanium Metallic [TLG] (Element ID 6022718 | Design ID 11272). This element only rarely strays outside of Constraction sets, and it’s a lovely greebly shape - perfect for microscale spaceships...

Next to be spotted (with some delight; greebling again!) are four White lightsabre handles (Element ID 6040333 | Design ID 64567), only found in three other sets.

We’ve also got a new flame element, a fiery pole (Element ID 6083865 | Design ID 16768) that is found throughout this year’s Chima sets, including 70135 Cragger's Fire Striker as reviewed by Tim Goddard recently.

But it’s the Trans-Light Blue [BL]/Tr. Lt.Blue [TLG] that marks out the new Chima sets, and there’s plenty of it here. Unique to this set is an angled liftarm (Element ID 6064825 | Design ID 32348), of which there are four. Hmmm. Not sure how useful it’ll be for general building, unlike the rotation joint socket (Element ID 6032798 | Design ID 48169) which is excellent, and there are four of these, too. These will be wonderful for the glowing interiors of ion engines (did I mention I build spaceships?) especially as they could accommodate the tiny LED bulbs from third-party suppliers such as LifeLites and Brickstuff. 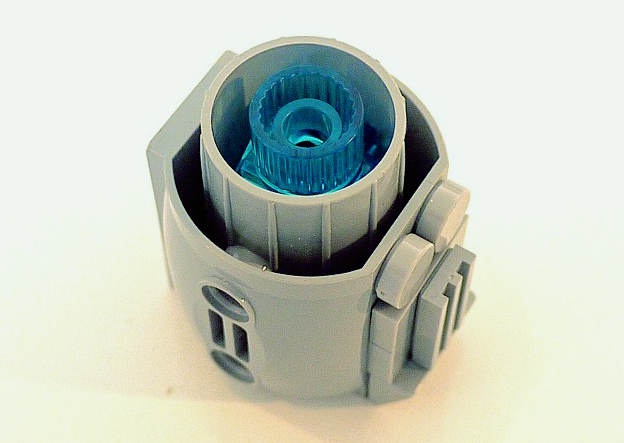 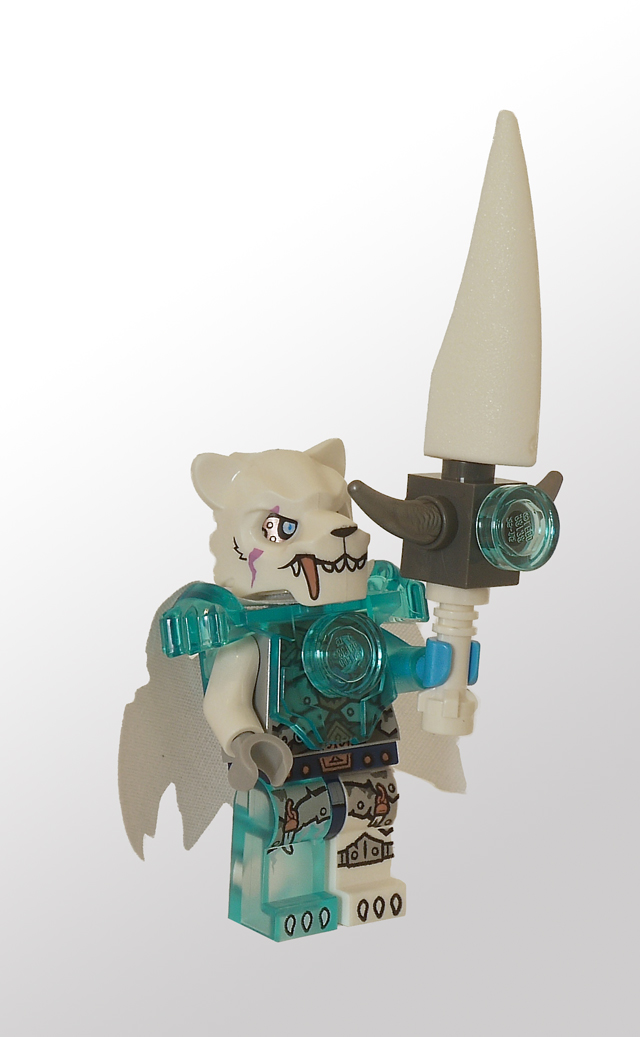 Sir Fangar is excellent - the use of Trans-Light Blue for his arm, leg and armour add real distinction, and the printing is superb. Note too the torn white cape (Element ID 6076594 | Design ID 17824) which is unique to Sir Fangar. His hefty staff incorporates the large claw/tooth piece 11089 which is soft and flexible (presumably to protect small eyes and hands) and also appears on the Walker’s head and the chopper bike. 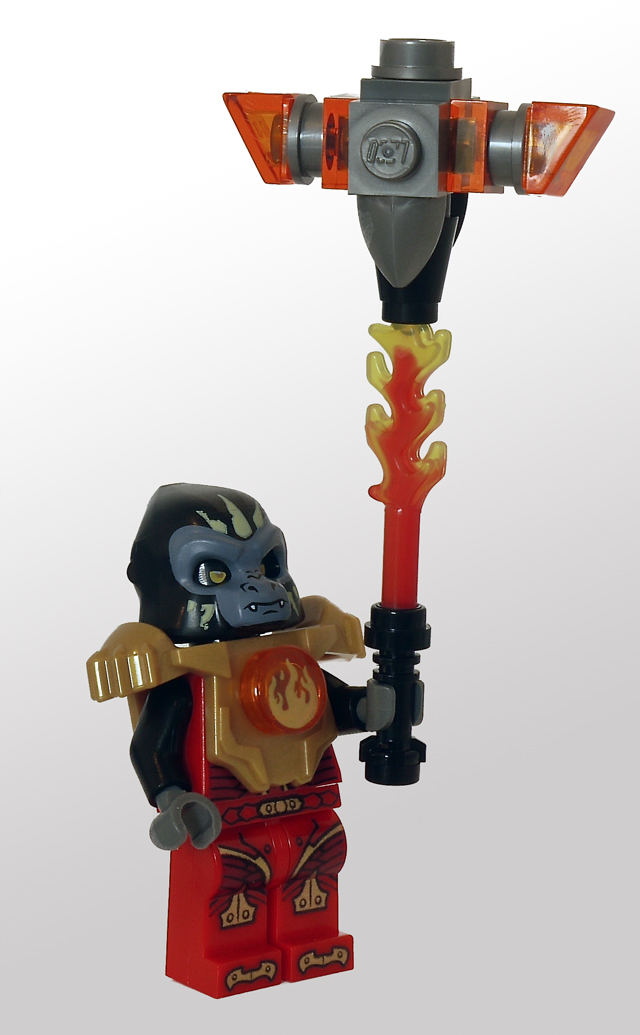 Gorzan (the ape) and Stealthor (the wolf, below) are also excellent, though the outsize staff each carries does tend to overbalance them when posing. However Gorzan also comes with a small stand including an 'ice cage' (Element ID 6065032 | Design ID 15091) which props him up (and presumably keeps him nicely chilled). 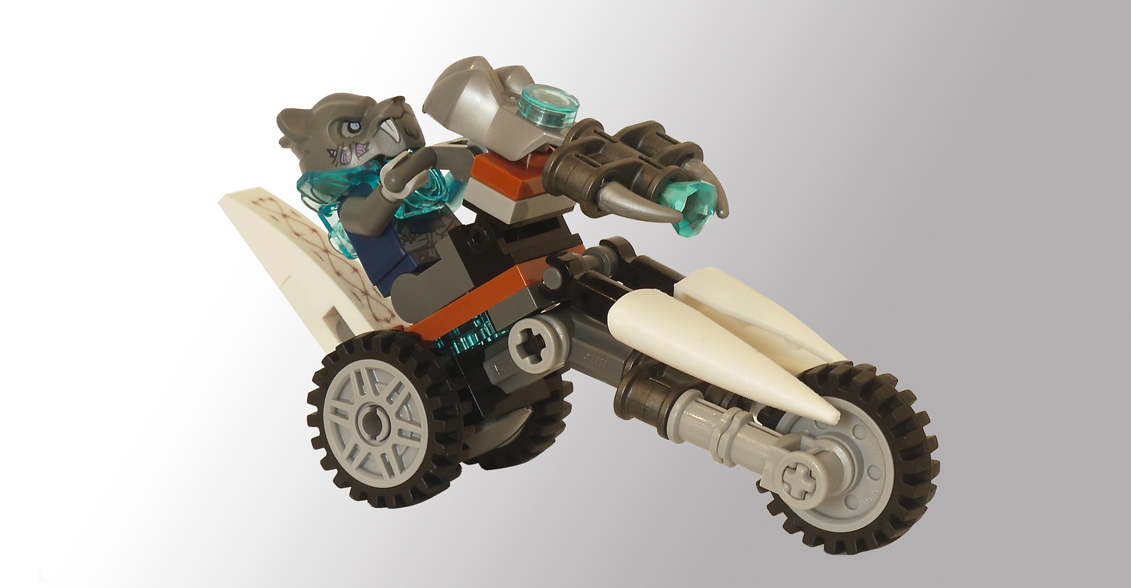 The build was fairly straightforward, first constructing Stealthor’s chopper bike and the hidden ramp that drops it down from the back of the Walker, then moving on to the legs and head, finishing with the shoulder armament (flick missiles, naturally). And the beast stands complete. I’d say it’s not a taxing build, helped by a liberal sprinkling of distinct colours including Dark Tan [BL]/Sand Yellow [TLG] and small amounts of Red [BL]/Bright Red [TLG] and Medium Blue. 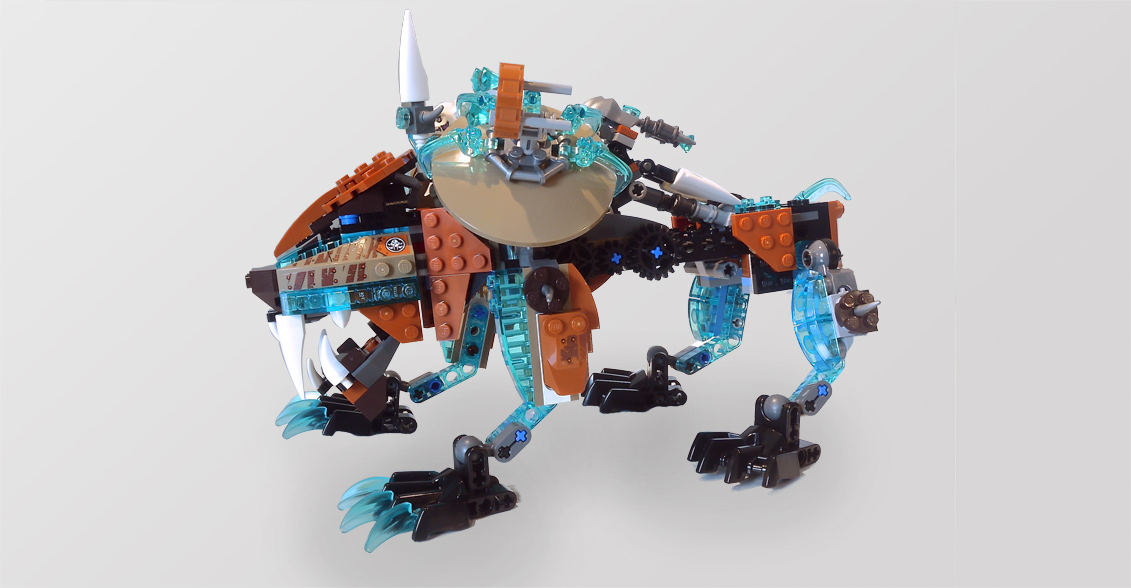 As someone who doesn’t collect many sets, it’s interesting to see how brackets are used to strengthen the structure and provide new stud directions. This technique isn’t new but is used generously on this set, especially around the hip joints. It’s both space- and parts-efficient. 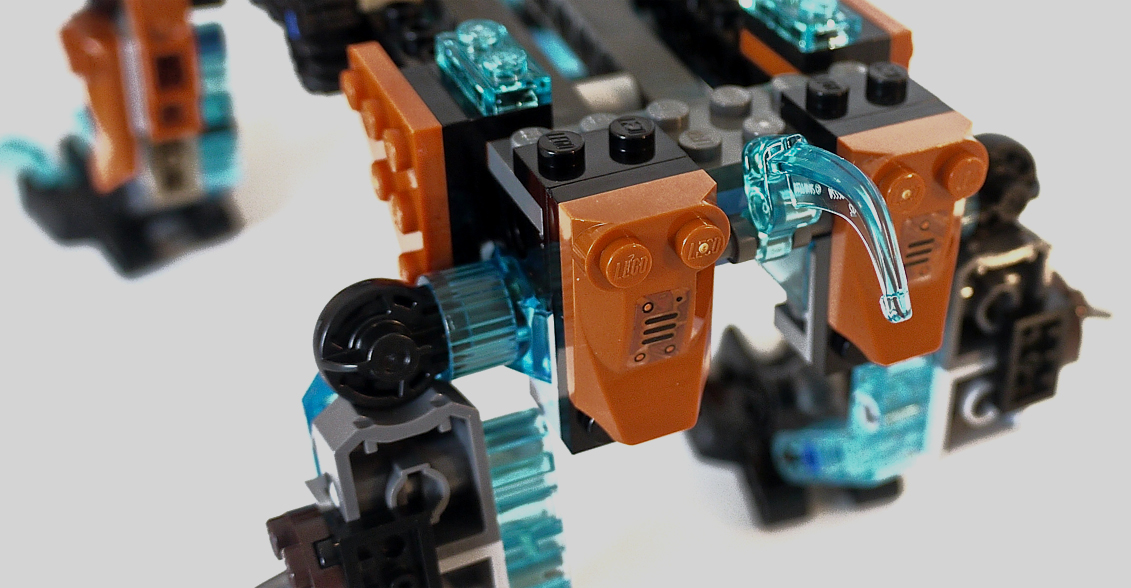 The overall poise of the Walker is great - it’s suitably menacing, with powerful shoulders and lithe hind limbs. For such an impressive silhouette, the biggest disappointment is the meagre tail, which almost seems an afterthought. A long swishy tail curling up and over the back would have given balance and interest to the rear half of the Walker. The eyes are also understated (Blue [BL]/Bright Blue [TLG] 1x1 round plates); a good trans colour would have added more menace. The jaws are very well done, using a mix of tooth sizes to great effect. 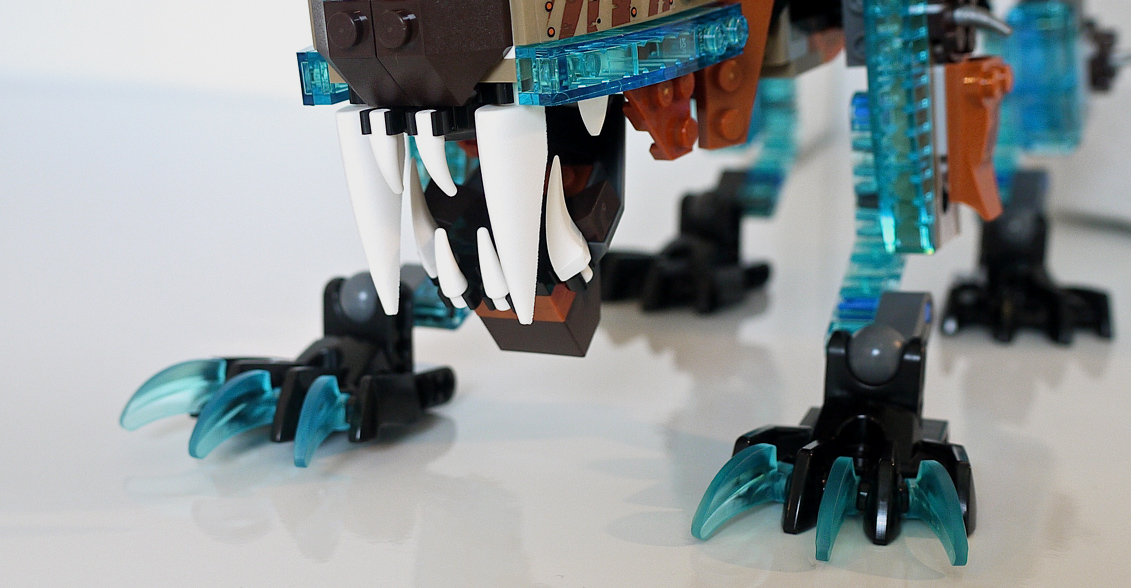 It’s a shame that the head doesn’t articulate - instead it’s fixed firmly to the body with two friction pins. This limits its poseability considerably. Possibly the weight of the head would have proved too much for a standard ball joint. Similarly the legs aren’t jointed enough and the use of click hinges limits the range of movement (having just played with an Exo Suit, I feel somewhat spoilt in this regard). However the rotating shoulder discs are great for playability, allowing more precise targeting of those flick missiles.

The special trick is the launch of the chopper. This is achieved by rotating one of the gear wheels which drops the ramp allowing Stealthor to roar off on his way through the gap between the hind legs. I’m a huge fan of such play features, and this one works smoothly and consistently. The chopper is simple but has a pleasing outline, aided by those gleaming white super-fangs.


That rounds off this review. But I have more to come from Sir Fangar…

Our thanks to LEGO's Community Events and Engagement Team for providing this set.