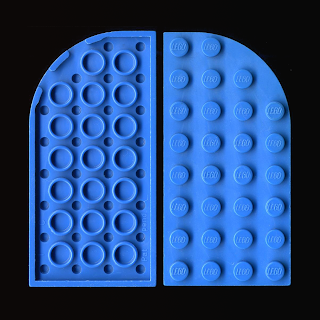 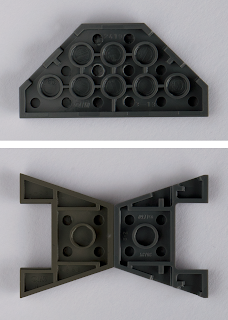 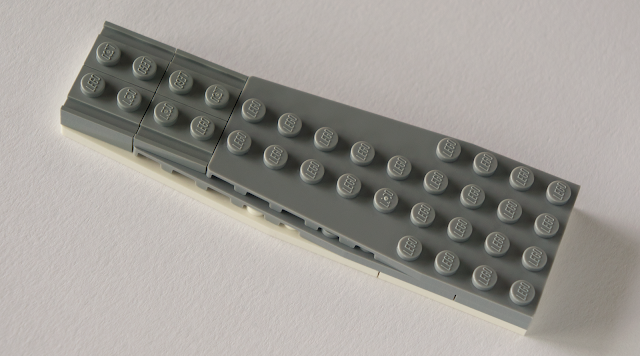 Who knows; maybe the aeroplane wing will be the first of a family of half-stud wedge plates. OK, I doubt that would ever happen, but a 1.25:1 would be very useful. But it might be more realistic to hope for a 2X2 wedge to join the 1:1 family. And a 2X6 for the 6:1 family. Pretty please, Design Lab! The other possible future event is that other wing parts will get notches, but I'm not sure that any get used enough to warrant a redesign.
Posted by: Admin Posted on 10/22/2013 06:56:00 pm
Email ThisBlogThis!Share to TwitterShare to FacebookShare to Pinterest
Labels: Old parts, Technique