NEXOGON: In the arms of droids

Brian D'Agostine (Dag) returns today with his second exploration of the LEGO® Plate, Modified 6 x 6 Hexagonal with Pin Hole (Design ID 27255).
With the 2D geometry explored, I turned my attention to some 3D exploration. Tim initially showed some variants of icosahedra and after parts were issued to builders, a tighter truncated icosahedron had quickly been built by Gary Davis. There were two main explorations I wanted to do.

The first was to see how tightly I could put the Nexogons together in 3D space. This would require a bit of Technic wizardry, something I lack. Nonetheless I pulled out my case of Technic bits and started away. I knew I wanted to match corners together in rotational symmetry and that they should all be connected. Starting with the Technic axle connector hub with 3 axles (Design ID 57585) I experimented to find the proper angle connector. The 112.5° connector #5 (Design ID 32015) got about as close as I could wish for. 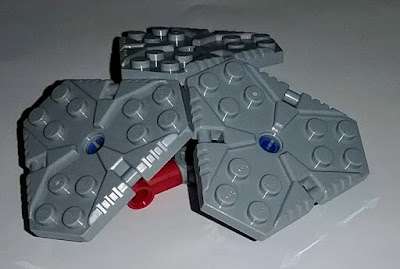 I built two such models and tried massaging them together in some sort of happy combination. Perhaps frustration had set in by that time or perhaps I'm just no good at thinking in polygonal space or had other ideas I was anxious to explore. Whatever the cause, I stopped trying to fit the two together and moved on to my second exploration.

The bar connections had really been the first thing that excited me about these pieces and I wanted to play around with droid arms (Design ID 30377). First, could I stack Nexogons and hold them together with droid arms? Seemed possible. In fact, the geometry worked out quite well, using an axle pin and a 3L pin as examples. The 3L pin rests on top of the axle pin comfortably but not too tightly. 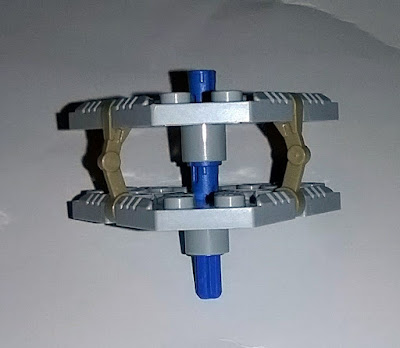 How about bottoms together? As with the attempt at pushing a stud into the bottom, I was disappointed to find that the two of these do not fit well together with droid arms. Maybe it has to do with the Nexogons being the height of a brick (9.6mm) instead of the width of a brick (8mm). Pesky little fractions. 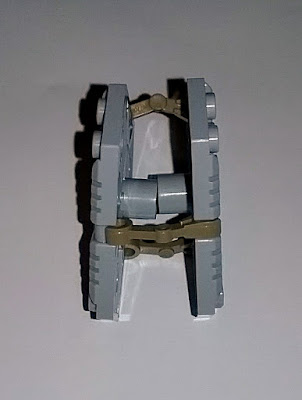 Maybe two Nexogons couldn't party with droid arms, but more certainly could. The next easiest form to create was the truncated tetrahedron with four Nexogons and six droid arms. 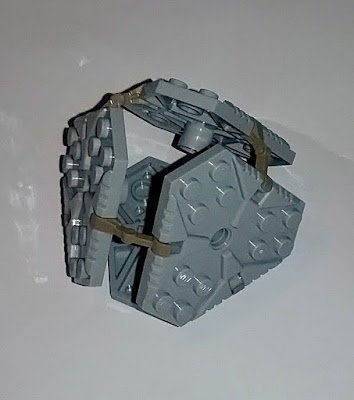 After that, a truncated octahedron evolved by doubling the Nexogons and arms. 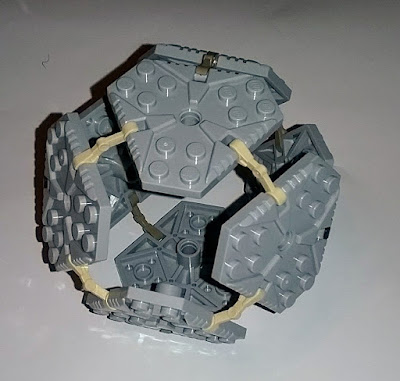 This octahedron was dubbed by my daughter as a "breathing ball", a type of toy that is designed such that it can grow under centrifugal force. As the short video shows, the droid arms allow for enough laxness in the parts to move but are still plenty sturdy enough to be stressed a touch and not succumb to fatigue.

Finally I graduated the breathing ball up to that truncated icosahedron. 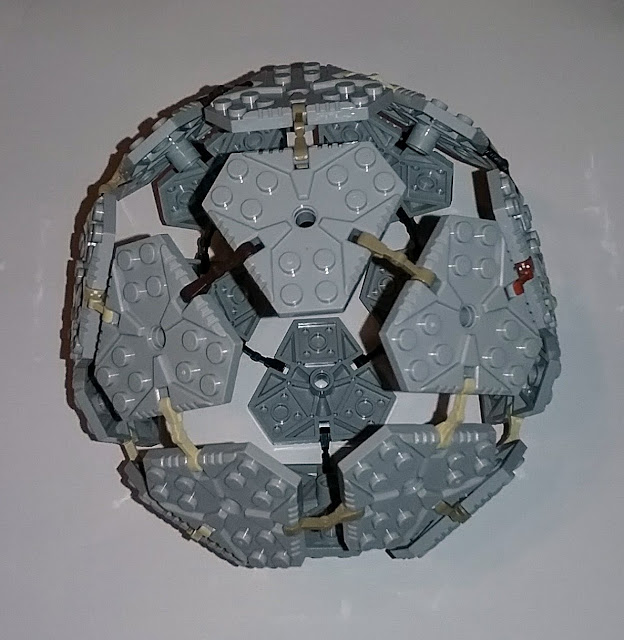 The rigid yet flexible construction were still present and the ball was utterly cathartic to play with. I could push random sides in, squash the ball into an egg shape, crumple it up a bit, even invert one and then both sides into a bowl. All the time with no breakage. Even though this was all under the careful hands of an AFOL, my three children all had a go at it and maybe popped one connection in all between them. Quite sturdy! 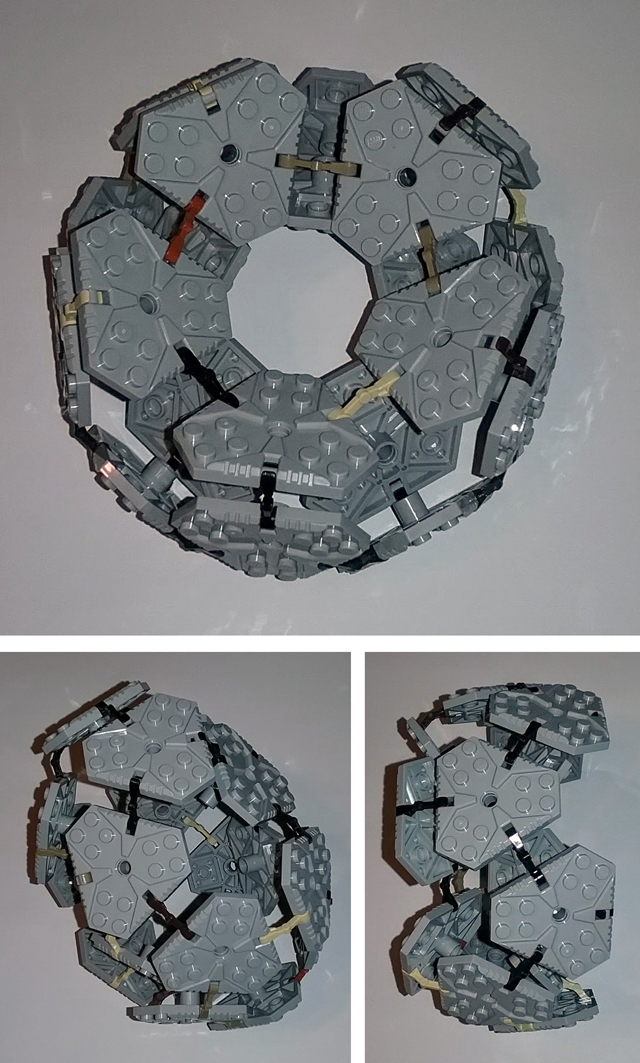 But there was yet one more technique I wanted to try. Boring old stacking.


READ MORE: Brian examines the relationship between the Nexogon's central Technic hole, the studs and the 3.18mm bars
Do you like buying stuff? Do you like reading New Elementary? Please consider following our affiliate links before you buy your LEGO sets and bricks (or anything); any purchase you make will send a few pennies New Elementary's way and that is hugely appreciated.

Products mentioned in this post were kindly supplied by the LEGO Group. All content represents the opinions of New Elementary authors and not the LEGO Group.
Admin: Tim Johnson Posted on 4/22/2017 10:30:00 am
Email ThisBlogThis!Share to TwitterShare to FacebookShare to Pinterest
Labels: Parts Festivals, Technique