Eero Okkonen (on Instagram) continues his occasional series of articles today looking at LEGO® parts and their associated techniques which he likes to use in his own creations. Today's 2 selections are much squarer parts than his previous choices... however Eero is here to give you fresh insight into their potential usage! 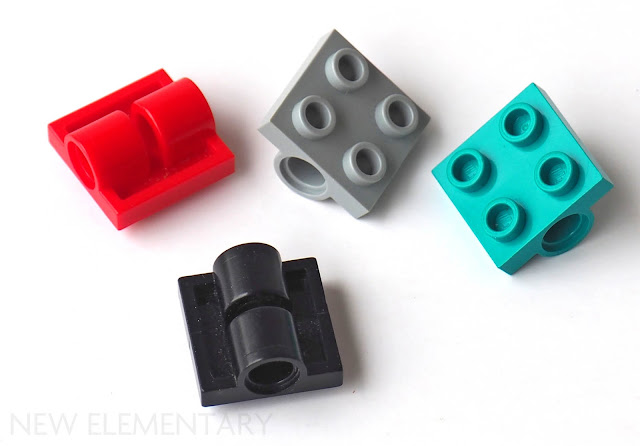 Plate, Modified 2x2 with Pin Holes (2817) is one of those pieces most builders have dozens of, and they're waiting for a beautiful day to get used. They’re found in a great number of sets (more than 600) in 11 colours. 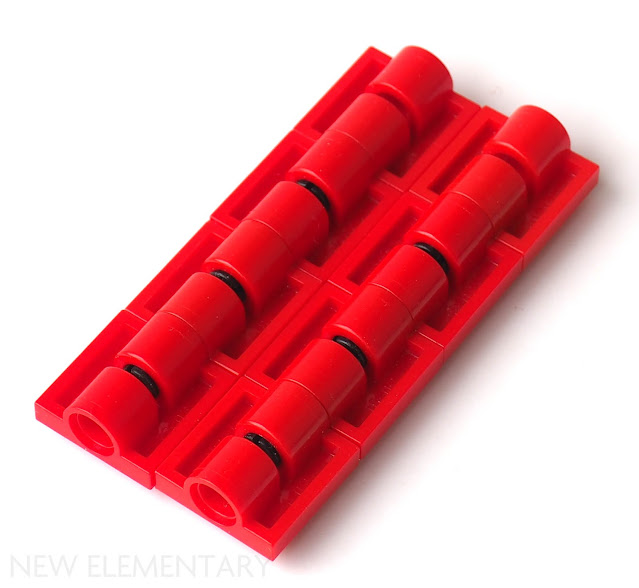 Typically used for wheel connections and joints, this piece is fundamentally a “System-to-Technic interface connector”, so it might be easy to miss that its underside pattern is actually quite beautiful. 2817 has its even more common sibling, Plate Modified 2 x 2 with Pin Hole (2444 or 10247), with the Technic hole only on one edge; its pattern is less interesting. The studs are hollow on both variants. 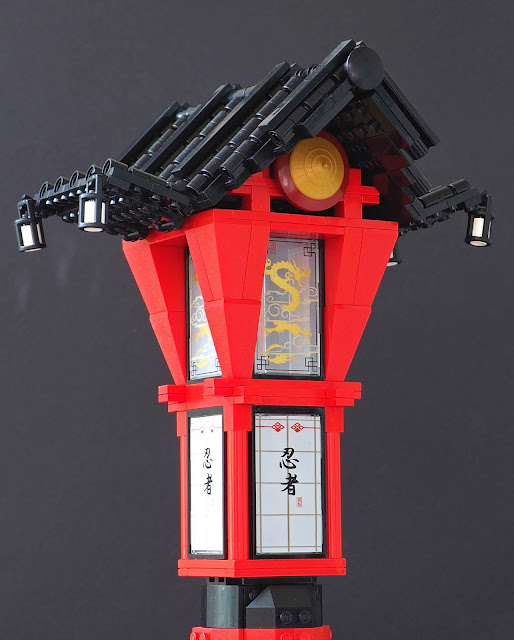 They make good roof tiles, which work well in both black and red. I used them on a Japanese lantern on Spire of Tradition (2020).

In addition to its pattern, the shape of the pin hole makes 2817 interesting - it’s basically just a tube below the plate. This makes it possible to create joints by connecting the pieces with plates or Technic liftarms – a boat stud makes the most elegant connection and works with three or two 2817s.

As there aren’t any other connection points other than the four studs and two pin holes, the part cannot support heavy joints. This is a bit of a letdown, as the shape would be very good for big steel structures in minifig scale (the wall joint of Peter Behrens’s AEG Turbine Factory comes to mind). On character builds they make sturdy joints with clumsy connection points and very limited posing... but convey a neat 'heavy armour' look. 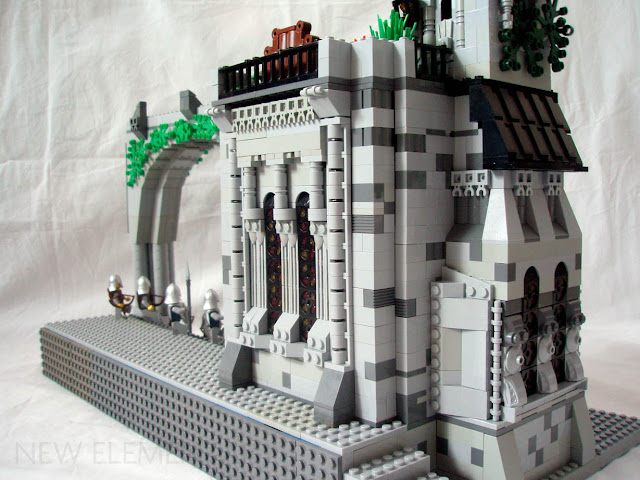 They’re neat as architectural details, resembling Gothic colonettes, as seen on my very old architectural study Minas Tirith Concert House (2012). They can be easily connected on jumper plates and then to each other with Technic pins and plates on the back. 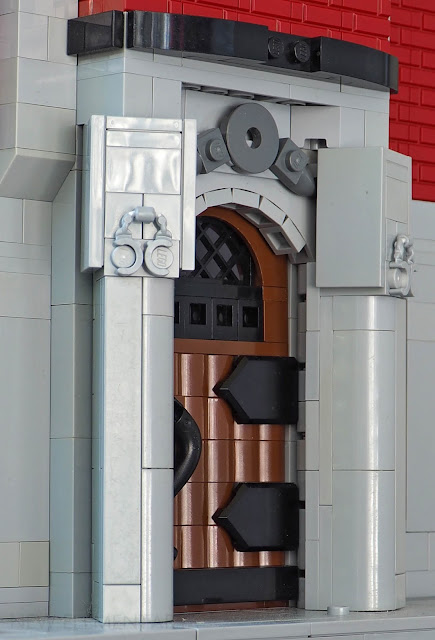 More recently I used them to angle the portal pilasters of House of the Brick Wall (2018).

To finish my miscellany of tidbits, something altogether basic and yet still specialised. As long ago as 1973, the LEGO Group had created a keel piece with weight inside (x149a) for their floating boats range, that got updated with a bottom tab in 1976 (x149). However, these keels are very strangely shaped pieces (though could look splendid on a SHIP, maybe) so embedding them into boats was not always easy.

I’m not a very technical builder, so I can’t go very deeply into their practical applications. They’re definitely used as counterweights and to give extra weight to trains. I’ve been using them to lower the centre of gravity to prevent MOCs from toppling down easily; such builds include Master Yupa (2019), Palutena (2017) and Eurasian Pygmy Owl (2020): 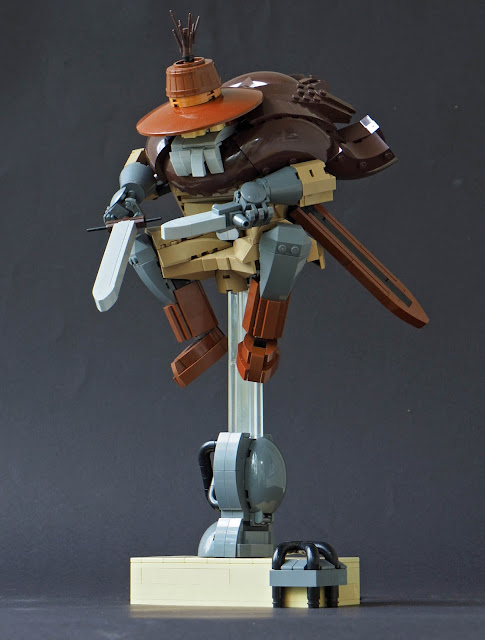 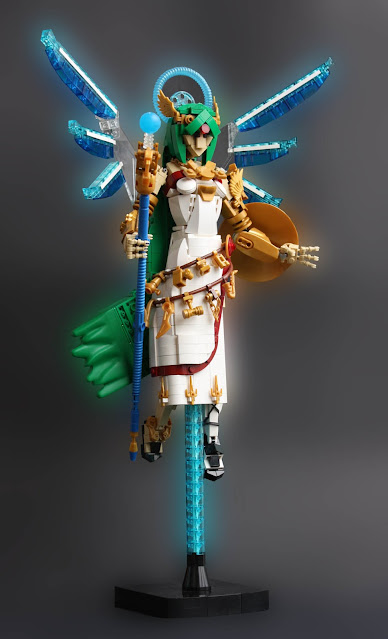 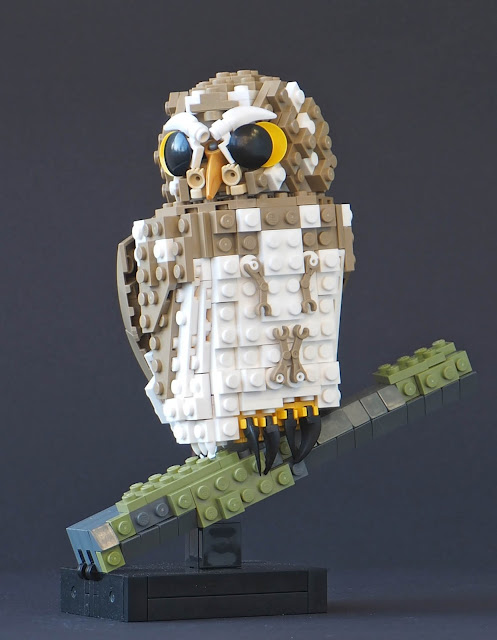 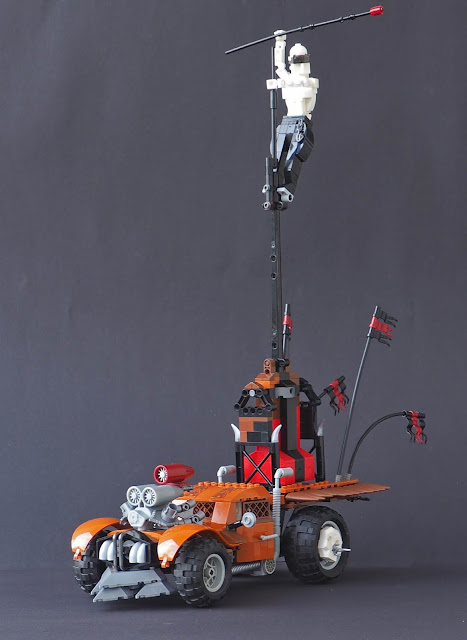 I hope you've enjoyed this series and might look at these pieces – and others – in a totally new way!

READ MORE: A list of all of Eero's articles about using old LEGO parts

Posted by: Admin Posted on 8/08/2021 05:48:00 am
Email ThisBlogThis!Share to TwitterShare to FacebookShare to Pinterest
Labels: MOC, Old parts, Technic, Technique