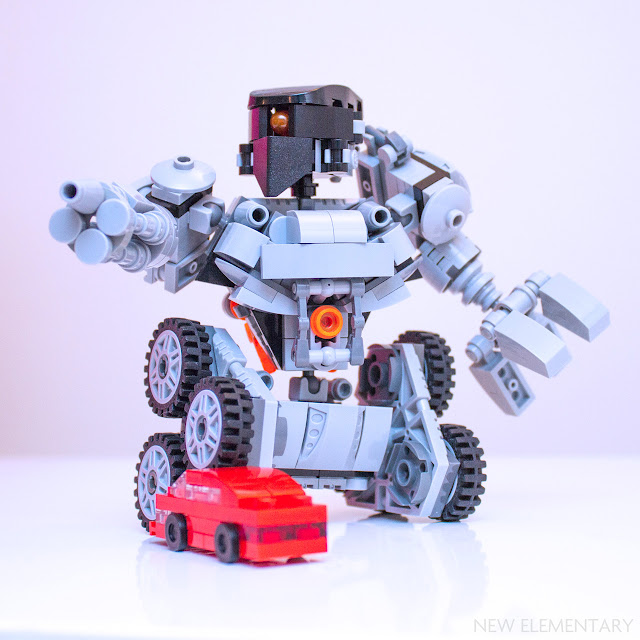 The Nexogon is such an unusual piece to work with: it’s exciting but also quite difficult as it seems that there’s lots of things that nearly, but don’t quite work.

Having not seen the information anywhere else, I started by examining which wheels could be attached. I was working towards a kind of APC-style vehicle but the option of a third wheel and the rotation afforded by that central pin-hole soon led me in a different direction: up. 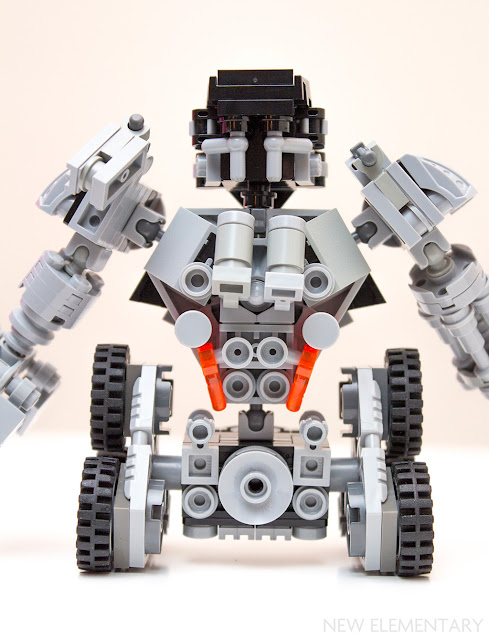 I felt I just had to make the Nexogon work somewhere else in the build too and the triangular shape took me instantly to a torso. My Terminator T-1-esque drone was born. 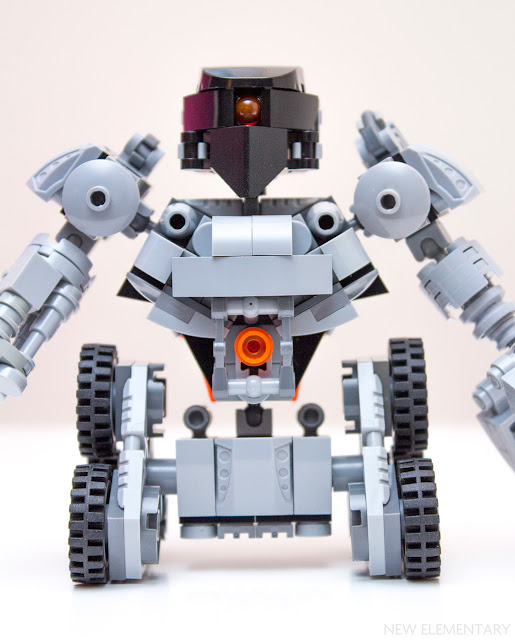 So, what works: The detailing on the Nexogon adds small mechanical greebles to the finish so the piece works well without having to add too much. The angle allows for some nice shaping when unconnected bricks overlap and I was surprised that a 1x4 piece could fit across two of the inner studs of adjacent 2x2 sections. It’s a bit of a tight fit though so I expect it’s not legal but it feels well within tolerances for the ‘artiste’. 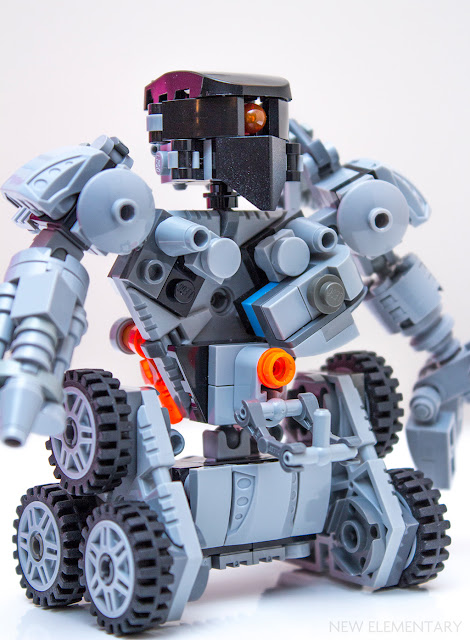 What doesn’t work: The friction pins on those rotating ‘walking wheel’ units will only take so much before balance becomes an issue. It’s the same story using the clamp for the neck; it seems less 'grippy' than similar connections I’ve used in other designs.


READ MORE: See a micro-scale reactor made from Nexogons by Jeremy Williams