The Professor (on Instagram) is back today with more of his alternate builds of a LEGO® set: this time he creates 7 new models using only parts from Harry Potter 75979 Hedwig! The products in this article were provided for free by LEGO; the author's opinions are not biased by this. Editorial note: Although views expressed by Harry Potter's creator do not align with that of New Elementary, we continue to cover HP sets. Read about our stance here. 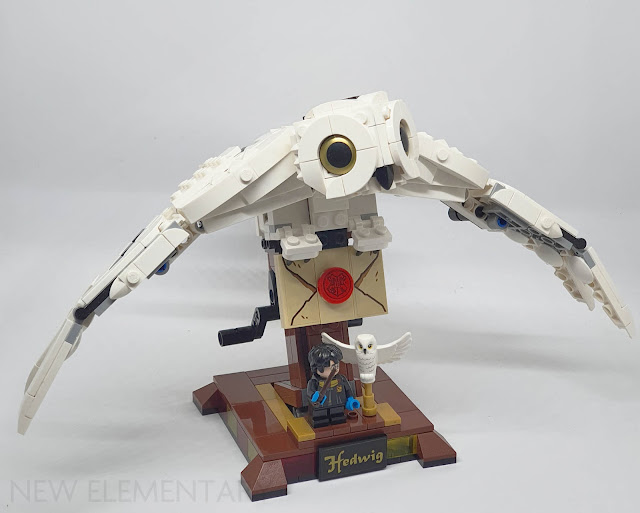 75979 Hedwig immediately attracted me because it mixes classic LEGO® System elements with Technic. I have always liked these sets which combine the best of both worlds, especially when maintaining aesthetics while integrating movement. Before I show you my alternate builds let's take a brief look at the original model and what interesting pieces you get in it. 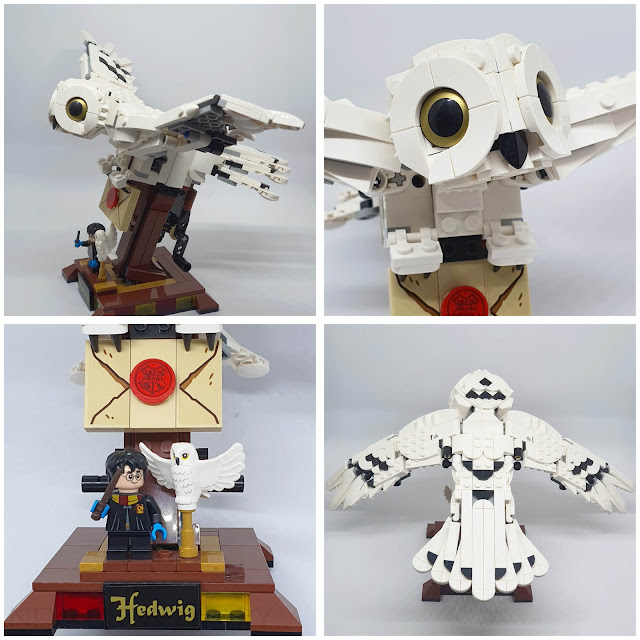 The assembly of the set is a pleasant experience. The base, which allows you to display Harry's minifig with a mini owl, uses transparent bricks of the colours associated with Gryffindor.

Once built, 75979 is a very successful rendition of an owl with a mechanism well hidden under the body. And above all, the movement of the wings is smooth and accurate!

I’m not entirely sure what the slight tilt in the stand is for. The stand would have benefitted from being built in a way that is more receptive to a motor; the model would require modification to attach one to the crank that activates the function. 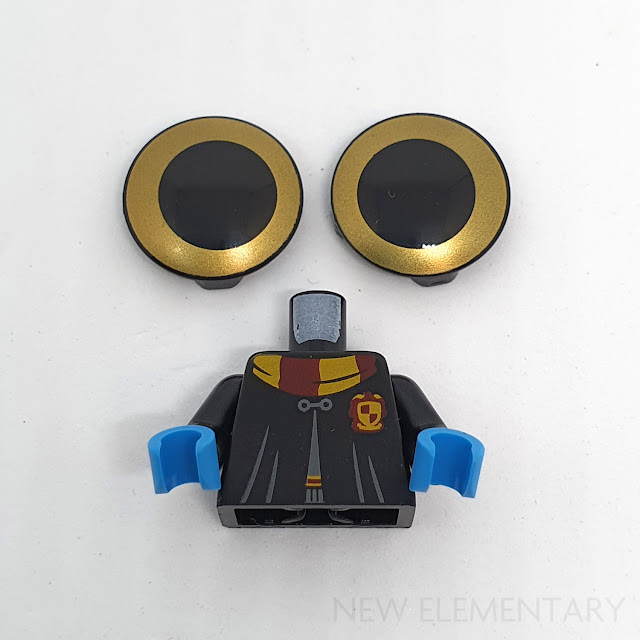 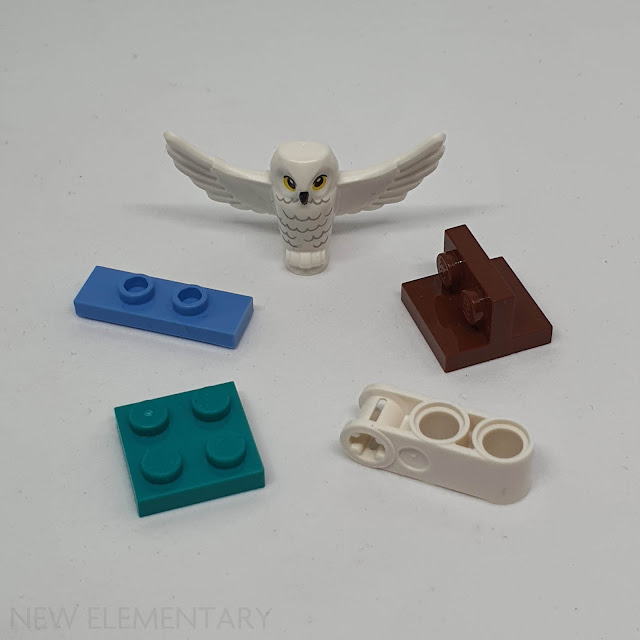 Using the parts from 75979 Hedwig I created by own spaceships, animals and mythical beasts. I tried to incorporate the boat stud with the eye print by subverting its intended purpose. 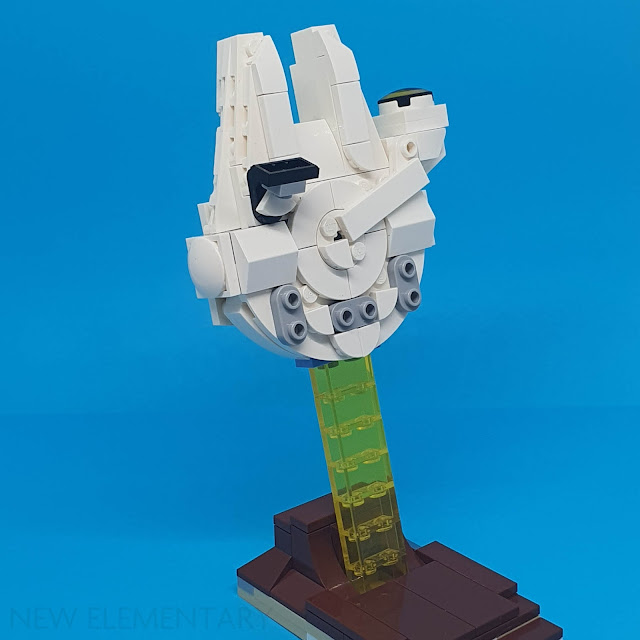 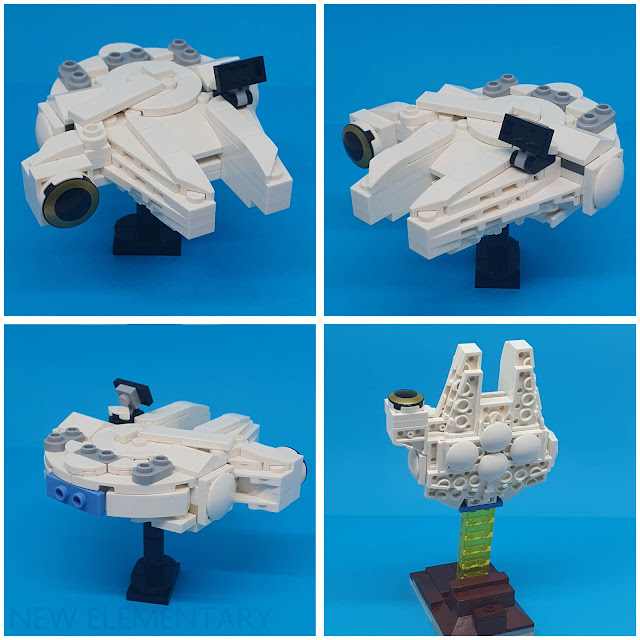 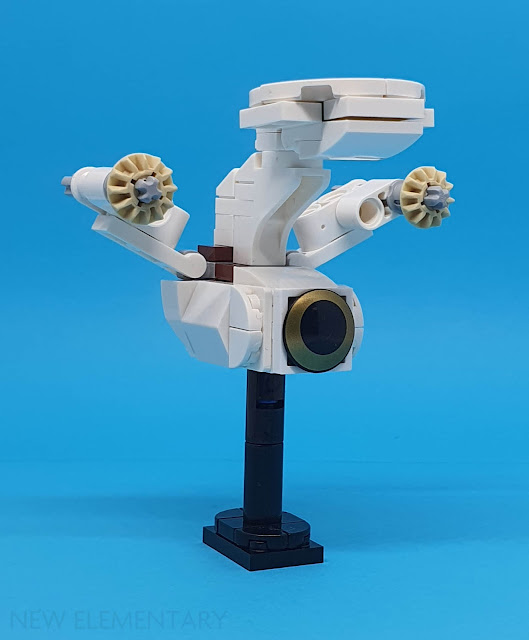 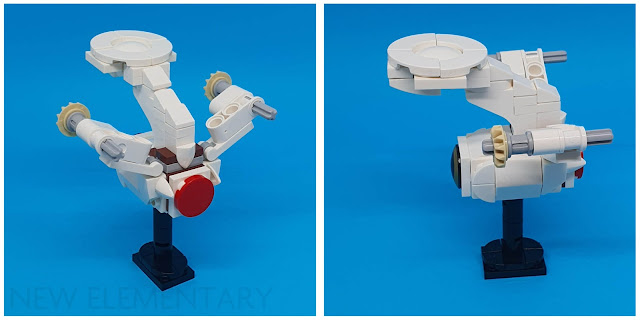 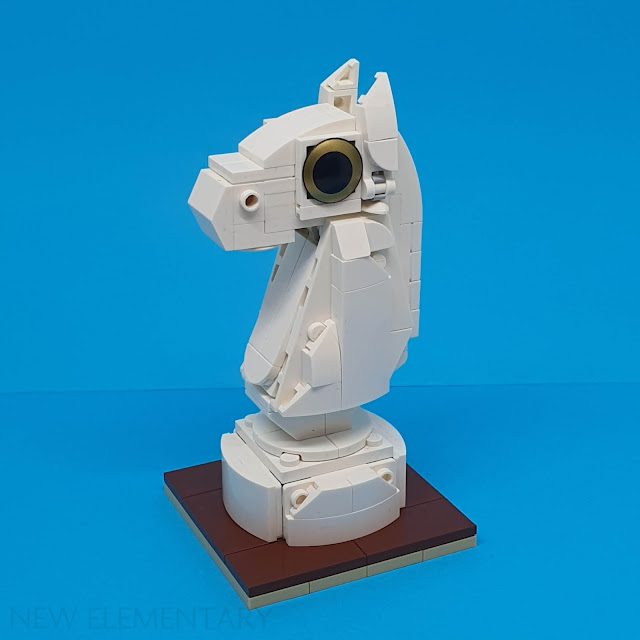 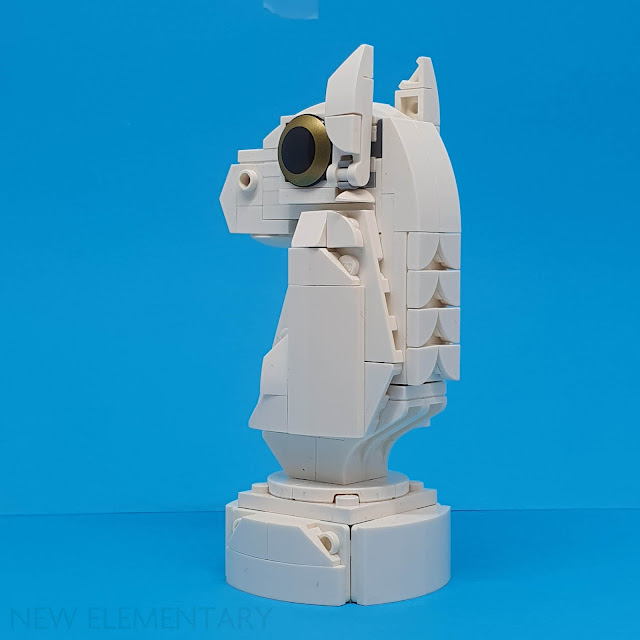 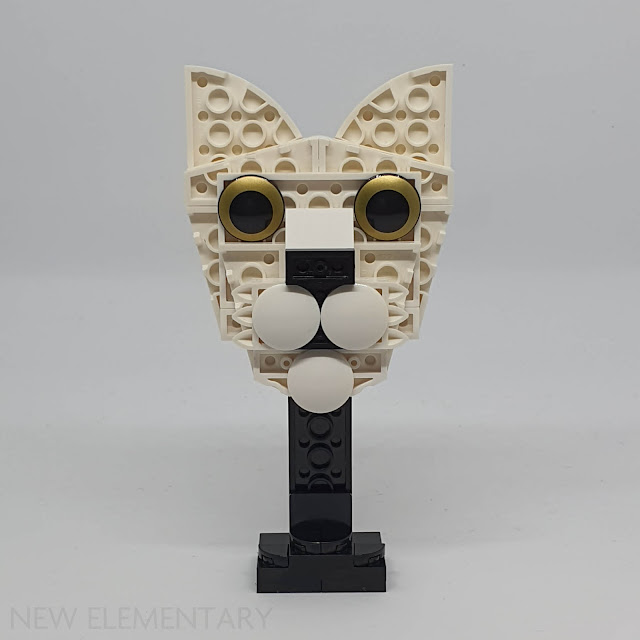 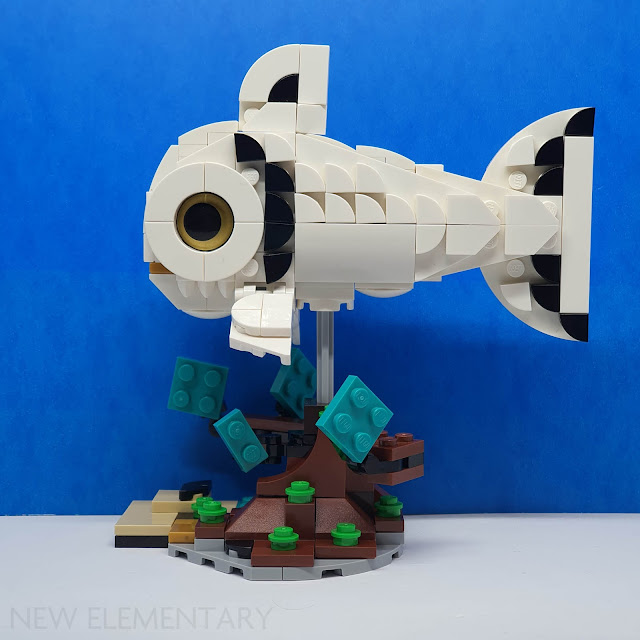 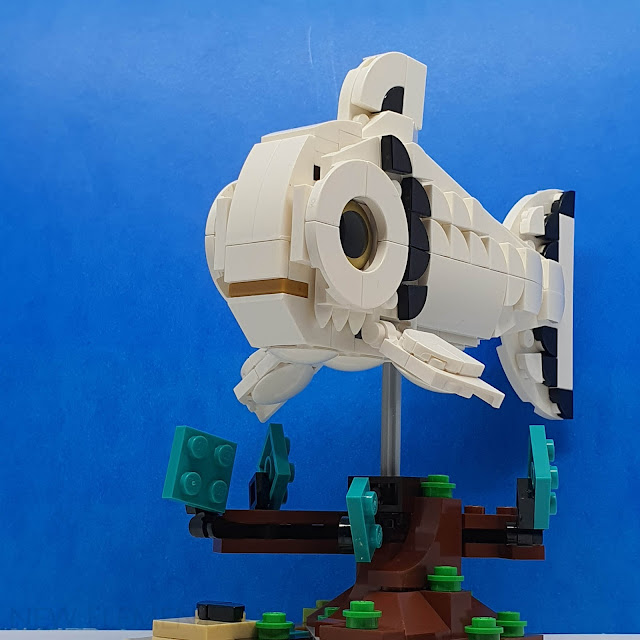 This is based on Light Fury in How to Train Your Dragon 3. 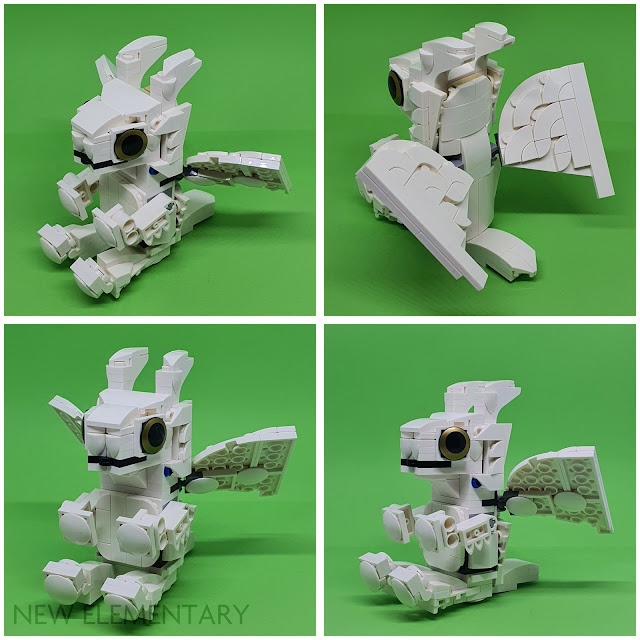 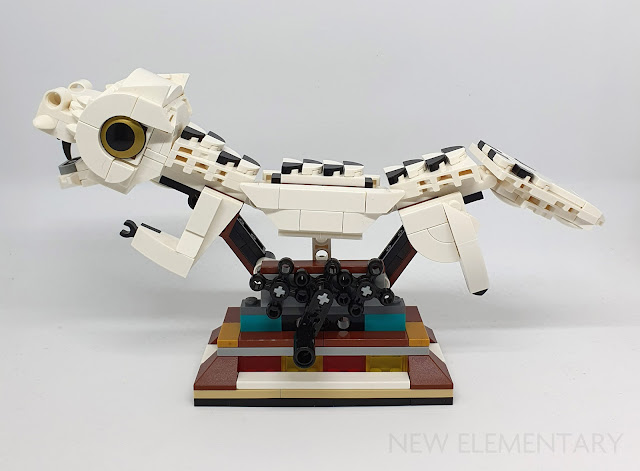 I have used the Technic parts to make a Chinese dragon that, like the original, has a moving function.

READ MORE: Professor turns the 40411 Creative Fun 12-in-1 set into a 50-in-1
Help New Elementary keep publishing articles like this. Become a Patron!


All text and images are © New Elementary unless otherwise attributed.
Posted by: Admin Posted on 1/31/2021 07:08:00 am
Email ThisBlogThis!Share to TwitterShare to FacebookShare to Pinterest
Labels: Alternate build, Harry Potter, MOC, Set review