Fabuland marked a brief period of trying new colors and creating a more well-rounded, natural LEGO palette that we hadn’t seen before, and wouldn’t see again until the late 1990s. These grounding colors served to contrast with the bright red-yellow-blue of Fabuland’s buildings and vehicles, making their vibrance look intentional instead of appearing as concessions of a limited palette. 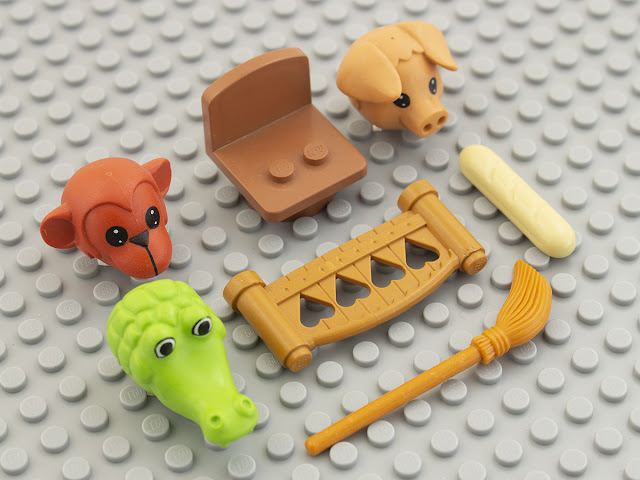 While some of these new colors (the ones with “Fabuland” in their BrickLink name) were short-lived, and disappeared from the palette as soon as Fabuland ended in 1989 or shortly after, others lasted much longer. 5 Brick Yellow and 18 Nougat even survived the color change of the early 2000s, and are still used in modern sets!


It’s worth noting that some of these colors were developed way back around 1963, even if they weren’t used in actual LEGO sets until Fabuland. They were initially developed for Modulex (a professional architectural modeling system created by Godtfred Kirk Christiansen). Modulex’s “4 Terracotta” became 4 Brick Red, and “5 Buff” became 5 Brick Yellow. When the Modulex palette was updated in 1983, they used some of the new Fabuland colors: 13 Red Orange became Modulex’s “13 Red”, 12 Light Orange Brown became “12 Orange”, and 14 Pastel Green kept its name and ID. Early Danish prototypes exist of both Modulex bricks in primary colors as well as LEGO System bricks in Modulex colors, so it’s hard to say whether the earthy colors or the Modulex System itself were developed first. In any case, this Modulex connection helps explain why Fabuland colors have such low numbers in the LEGO color ID system! 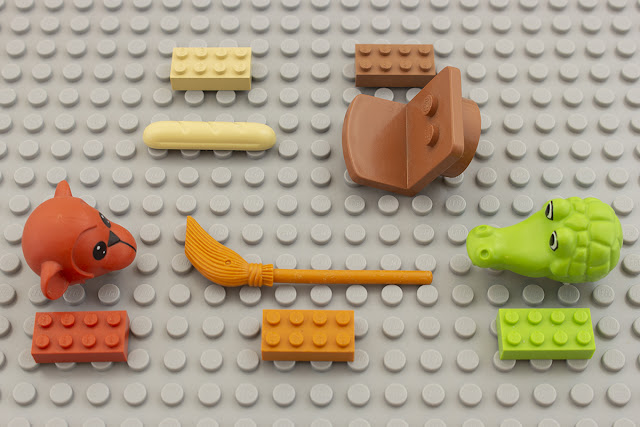 Fabuland Lives On will return soon with a look at the elements introduced in this theme that are still with us today.

All text is © New Elementary. All images © Ryan Howerter, unless otherwise attributed.
Posted by: Admin Posted on 5/09/2019 04:00:00 am
Email ThisBlogThis!Share to TwitterShare to FacebookShare to Pinterest
Labels: Colour, Fabuland, Old parts