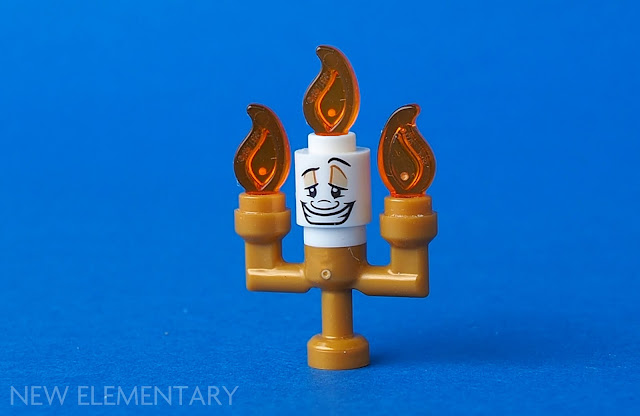 
Currently, the piece appears only in Pearl Gold and in five sets - two of which include the full Lumiere:

Henrik Skallebæk: I worked as a Mechanical Engineer. I have worked for the LEGO Group for ten years, split between two separate stints with the company.

Henrik:  I started in 1998 and my first project was a football LEGO® set. Later on I worked on a number of space, animal, deep sea and adventure sets including many from the LEGO Jack Stone theme. I’ve designed over 100 LEGO elements.

Of the elements you’ve worked on, which are you most proud of?

Henrik: I am most proud of the elements I make that can be used in many different ways by the amazing designers we have. I was also very happy when I completed my first element design, that was linked to a football themed set – we had a great team who collaborated really well on the project, so I remember that one well. 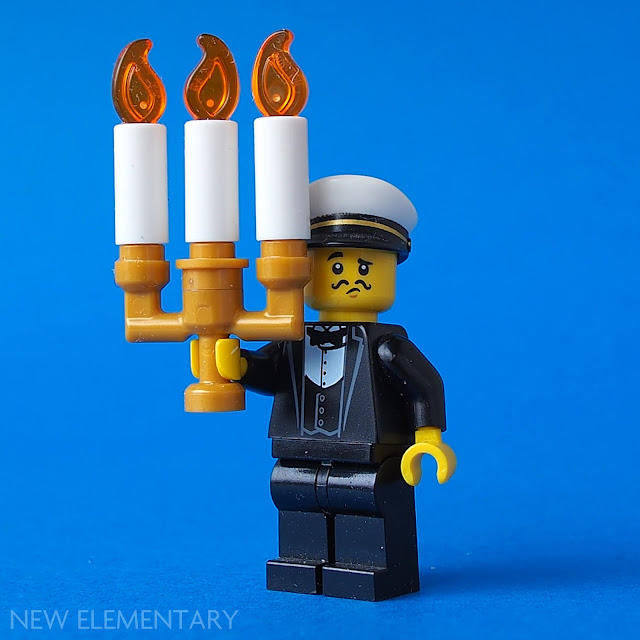 Did the design change during development?

Henrik: This element is made from ABS plastic. We designed some of the edges with a large radius to ensure the element adhered to our strict product safety requirements.

Henrik: No, but we did design the product to ensure that there was enough space for a Minifigure hand to hold the centre shaft. 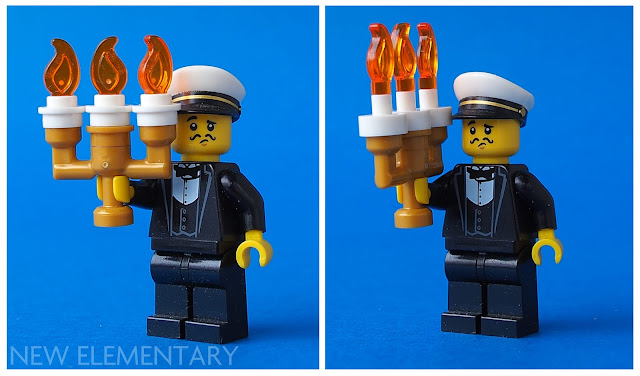 The candelabra piece is both a handy combination of connection points and an interesting visual element. Here it is placed in the spotlight - on Queen Namárië's brow, with a lone sapphire to complete the crown. 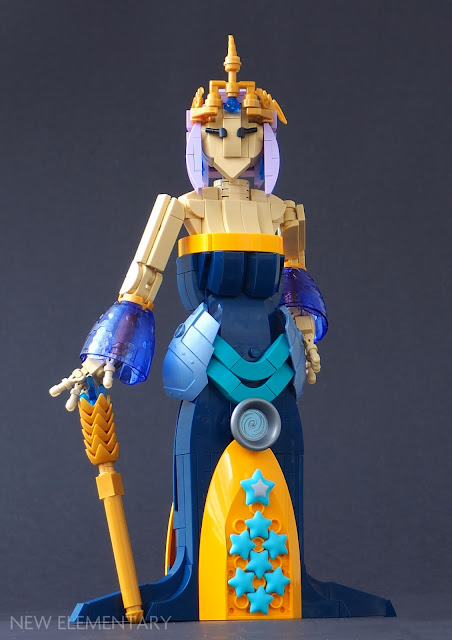 The character evolved around this crown; she's inspired by Tolkien's legendarium, particularly the reigning queens of Númenor - but re-imagined with bright colours often absent from Tolkien-inspired art.

The vertical supports of the side studs don't connect to clip pieces, so the candelabra is connected to the robot arm pieces via two Pearl Gold Tile, Round 1 x 1 with Bar and Pin Holder pieces (20482).

Often, exciting new LEGO pieces are either useful connectors complementing the System - such as new slopes, brackets and plates - or beautiful sculptural masterworks. The Candelabra is somewhere in between: it is a minifig accessory, and even the body part of a character, but it nevertheless has many connection points in a small space, as this picture by Jonas Kramm reveals:
. 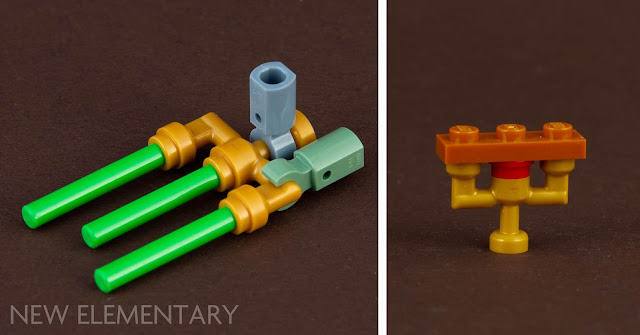 I'm sure we'll see it in numerous wizard's workshops, castle chapels and festival tables, but it might also end up being hidden in the core of some SNOT masterwork. Steampunk and other brass mechanic pipeheads will find it especially lovable; it's something straight from a steam engine's cab. 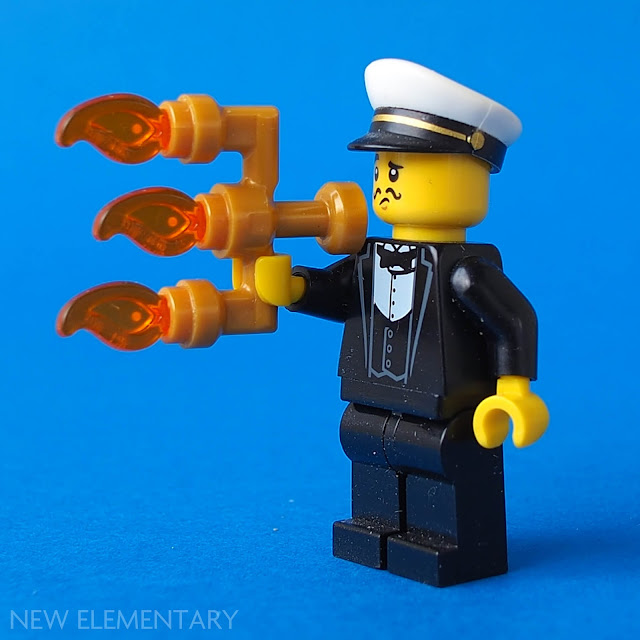 I've heard some minor complaints on the middle support being one plate lower than the others. This is not a feature common on real-world candelabras, but accurate to the Disney character Lumiere the piece was modelled on. I don't see this as an issue, as they can be levelled even with a 1x1 round plate with hollow stud, enabling the connection for a candle piece.

Admin: Tim Johnson Posted on 11/03/2021 03:00:00 am
Email ThisBlogThis!Share to TwitterShare to FacebookShare to Pinterest
Labels: Inside LEGO, Interview, MOC