Omid (@nwbricks) has examines the upcoming LEGO® 10283 NASA Space Shuttle Discovery over 2 articles, starting here with a look at its pieces and then his review of the build. Buying this set in April? Consider using our affiliate links: UK LEGO Shop | USA LEGO Shop | Australia LEGO Shop, for other countries 'Change Region'. New Elementary may get a commission. The products in this article were provided for free by LEGO; the author's opinions are not biased by this.

Hot on the heels of last year’s 21309/92176 Saturn V reissue and the 21321 International Space Station, the latest instalment of the LEGO–NASA collaboration takes the form of an incredible Space Shuttle Discovery model. Take a trip with us back to April 1990 and one of the most important space flights ever undertaken: Mission STS-31, the launch of the Hubble Space Telescope. 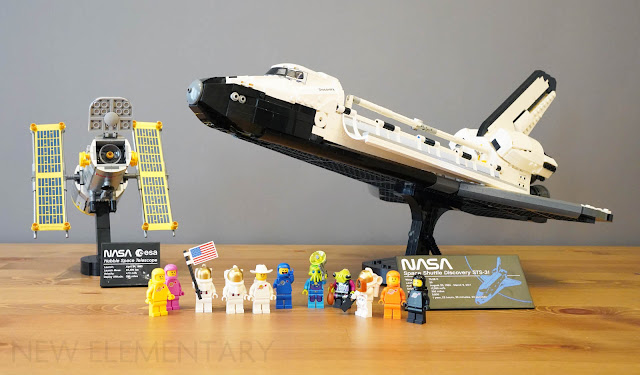 The 1960s must have been an incredible, terrifying time to be alive. John F Kennedy gave his famous speech in September 1962 in the shadow of the Cold War, and by the end of the decade men had walked on the moon. For a brief period — maybe just a few, grainy minutes — the world was wholly united behind a common cause in a way that would have seemed imperceptible just a few years prior.

This is the enduring appeal of the Space Race, and of space exploration more generally, because it represents something so much bigger than any one person, country or ideal; something we need now more than ever. Whatever the future holds, it will ultimately be Voyager 1 and 2, now some 15 billion miles away, that carry our enduring legacy out into the great beyond.

I have always been absolutely fascinated by space travel and as partnerships go, LEGO x NASA is a match made in heaven (or perhaps the exosphere) so I was over the moon when this turned up on my doorstep. 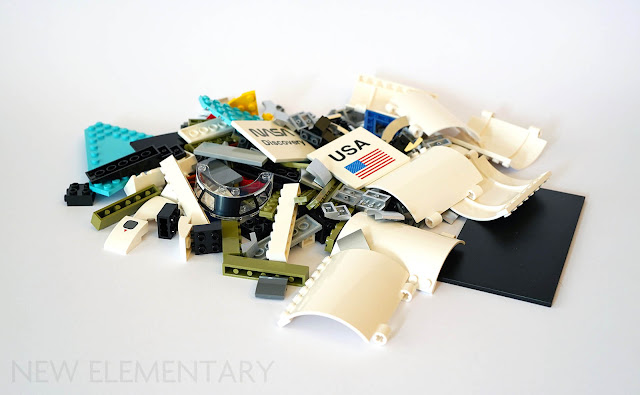 There is an awful lot to digest here including a plethora of new and recoloured parts, so we will examine those today and the build itself tomorrow.

As for the instructions I have some good news and some bad news. The bad news is that they are printed on black, again, although LEGO have confirmed this approach is on the way out. The good news is that as there’s no dark brown or dark blue you won’t need laser vision and the patience of a saint to build this set.

As with a lot of sets these days, the instruction manual is wrapped in plastic alongside the stickers and any extras. The sight of those big information panels and an entire sheet of similarly sized mirror stickers filled me with dread, so I’d recommend the washing up liquid method to make them a bit more manageable. The gold things aren’t stickers, but bonafide parts (6342963 | 78267). They appear to be die-cut from the same material we saw in the Monkey King Warrior Mech.

There is a decent amount of reflective silver leftover once the stickers are applied, so it’s worth hanging onto as it could easily be cut down to make minifig-scale mirrors. 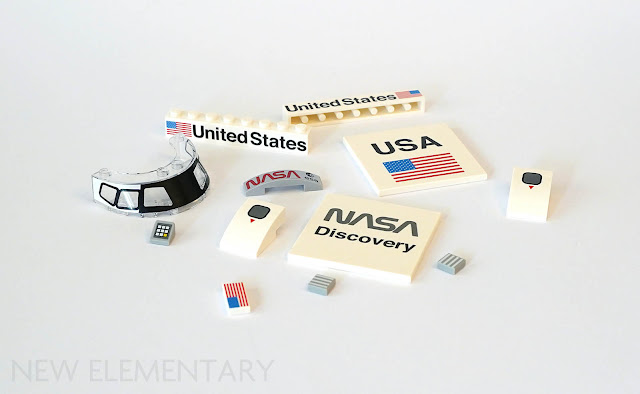 There’s a really nice selection of printed pieces, including three normal US flags and one backwards one, but you'll have to read the designer notes to find out why!

In the meantime, feel free to join me as I drool over that freshly-moulded, freshly-printed cockpit – more on that in a moment.

If you follow New E then chances are you’re a parts nerd too, so you’ll be pleased to know there is a glut of new moulds and recolours. Let’s have a closer look at some of the most interesting ones, and we’ll list everything new at the end as well.

When you open the box the first thing you’ll notice is a LOT of Cool Silver Drum Lacquered/ Metallic Silver. Plenty of Silver Metallic/ Flat Silver too including the Minifigure Utensil Candle (6336564 | 37762), but the majority of the shiny parts are actually shiny! It’s not ‘90s chrome, but it’s the best we’re gonna get for now. 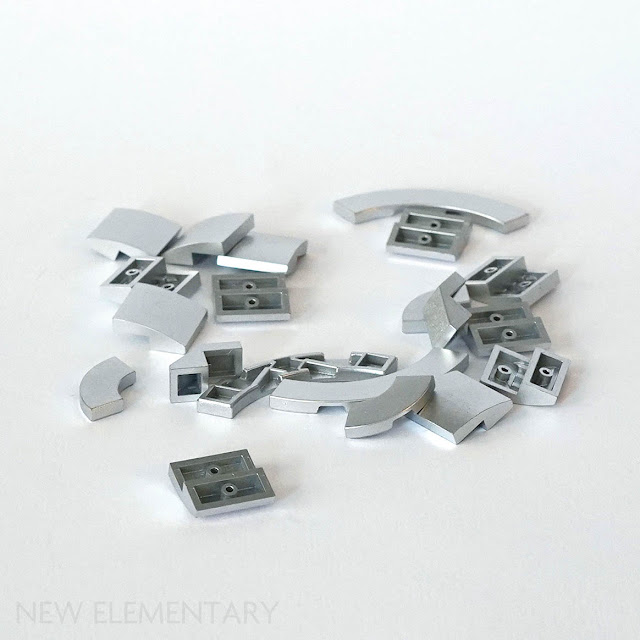 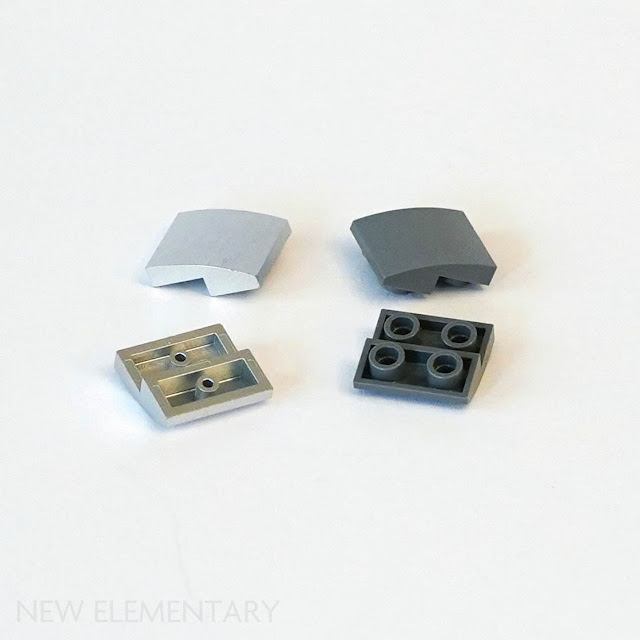 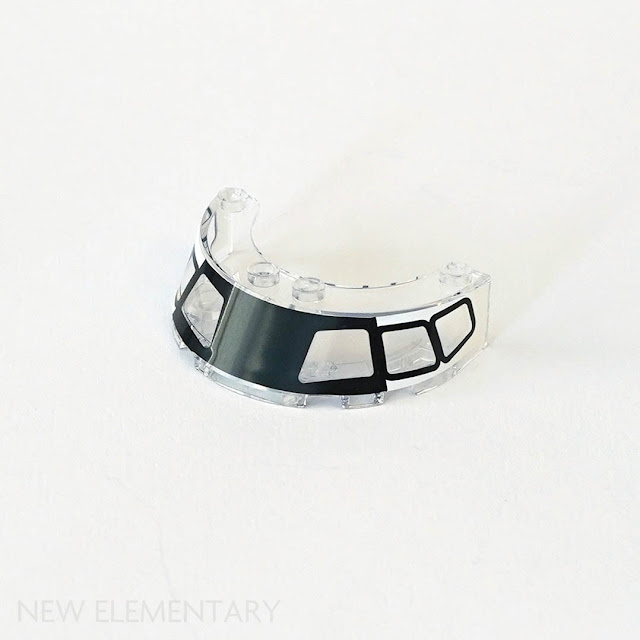 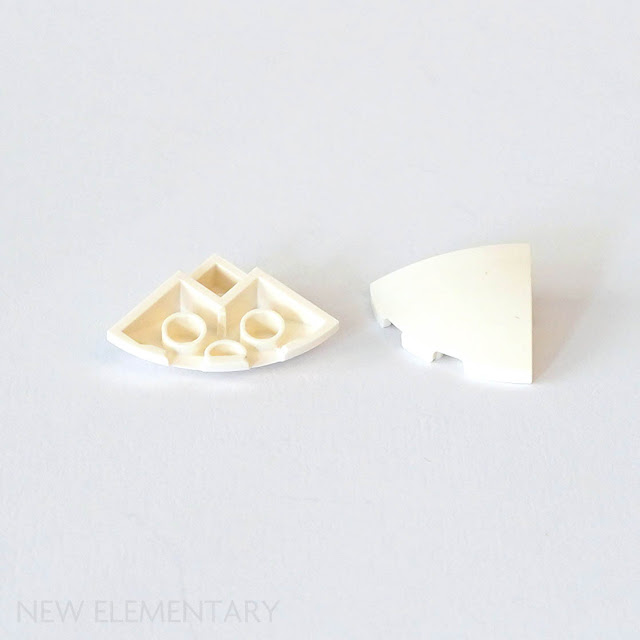 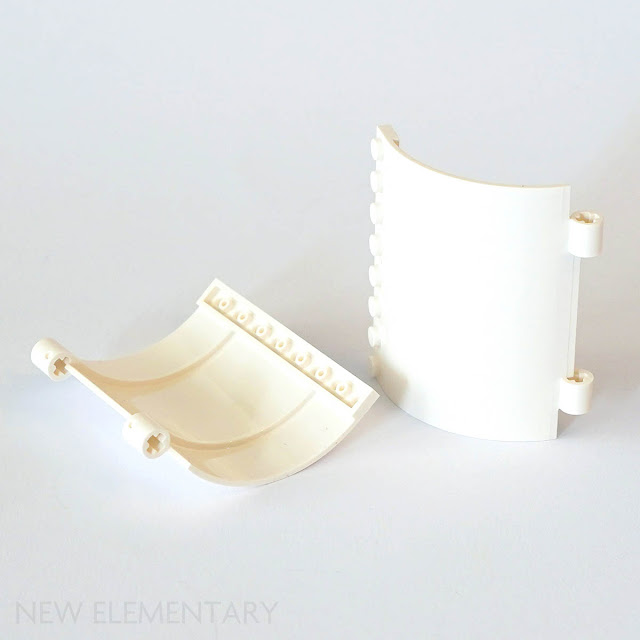 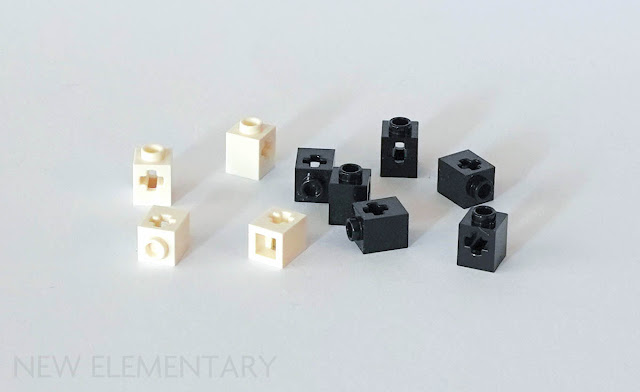 75301 Luke Skywalker’s X-Wing Fighter from  earlier this year finally saw the introduction of a piece I remember wishing for as a kid: the 1x1 Technic Brick with Axle Hole (73230). It’s available here in both white (6345886) and black (6344819) with 11 and 12 of each colour respectively. I distinctly remember as a kid the bittersweet feeling of getting excited about a new set with new parts, but not being able to use them in mocs without breaking up the set first! Lets just say old feelings linger on.

Wedge 3x4 with Stud Notches in Black (6290416 | 50373) gets a special mention because of its weird history — first available in 2016 in 31051 Lighthouse Point, it was dormant for 4-5 years before coming back in 2020 for a couple of sets. It’s an odd piece that seems to hark back to Classic Space, and indeed the original notch-less mould was retired in 2002 after 15 years in production, before this version came out a few years later. 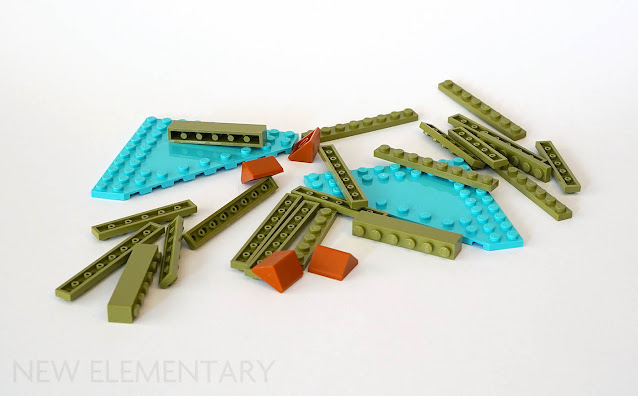 There’s also a bunch of Olive Green parts, plus two of the big Wedge, Plate 10 x 10 Cut Corner in Medium Azure (6315800 | 92584) previously only seen in 21322 Pirates of Barracuda Bay. None of these are new, but some of the longer plates have only appeared in one or two other sets so far. Maybe LEGO had a bunch of unsold Land Rovers? 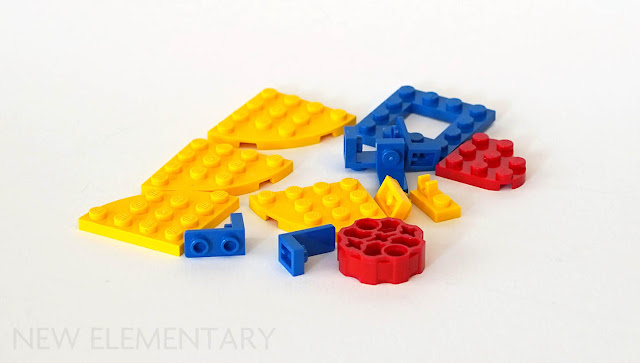 You can ignore the 3x3 heart plate and the 1x2 plate with top clips in my photograph - I got a bit excited and thought they were new. The heart does have an interesting use though, as it sort-of fills that gap in the LEGO inventory between the 2x2 and 4x4 round corner plates.

Here they all are in one handy list, or skip to my review of the build process of the LEGO NASA Space Shuttle Discovery.