Our final new Parts Festival participant is Peter Ilmrud, a Swedish AFOL who is a building engineer in real life but builds wondrous fantasy, castle and steampunk builds in his LEGO® life. His most well-known creations are perhaps his beautiful scenes contained within glass domes.

This build is an alien gunship often referred to as "Bullet Bill" by the survivors in the year 2119, 50 years after The Invasion. 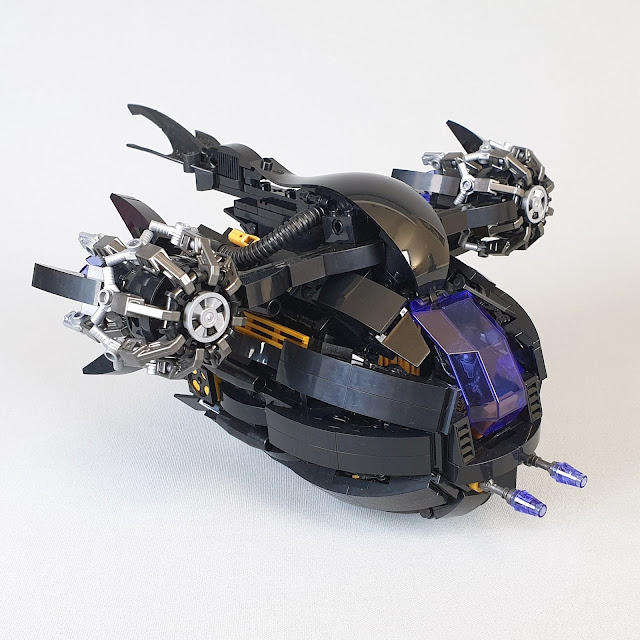 I went into this Parts Festival with a lot of inspiration and started fiddling with the parts the first day they arrived. Sadly, shortly after I started to build my first creation my grandma got really sick. After a few nights at the hospital just being by her side she passed away.  This made all of my inspiration, joy and my ability to create disappear. I tried to take some time to build but found myself just staring at the parts. Building with LEGO has been my way to stress down and relax; now it became a stress factor instead. I finally got some strength and finished my first build. 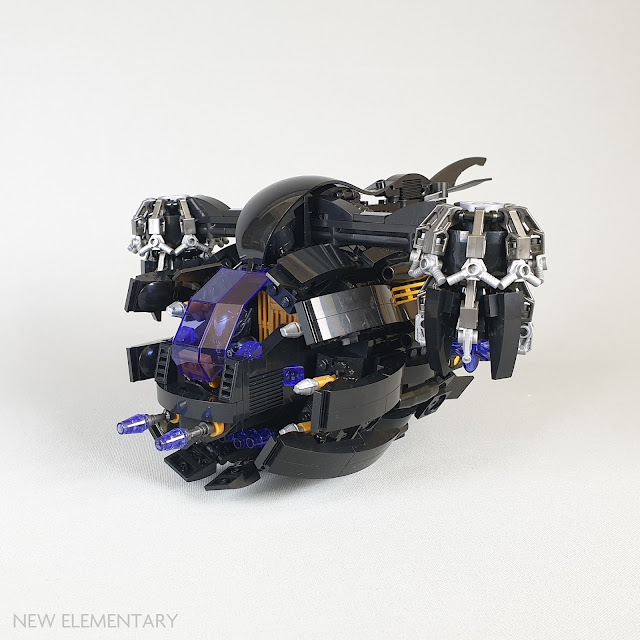 I can't really get a grip of the silly shape of this. I think it's as cool as it is ugly. The weird shape made me think of the Super Mario bullets, therefore the name. The black colour made it hard to get good photos (with my limited skills). But it worked with my mood at the time! 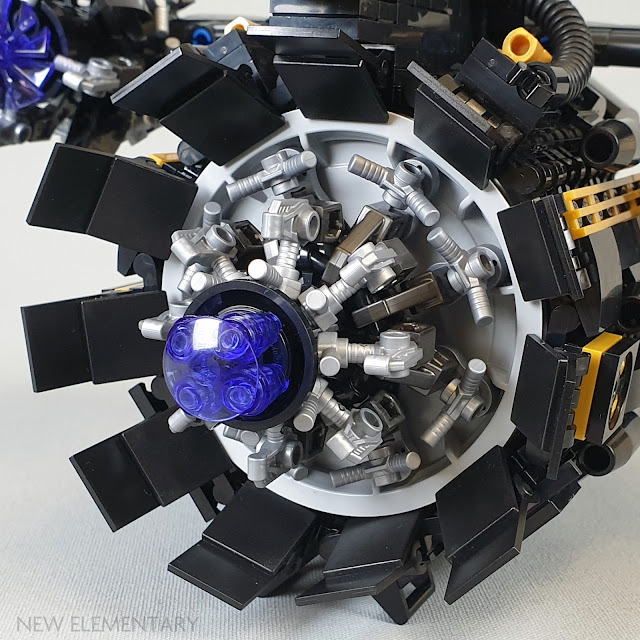 I started with, what I thought, was the hardest part; the Fat Boy Rim in Medium Stone Grey/Light Bluish Gray (6268590|46334). So two of them became the pieces that made the initial shape. 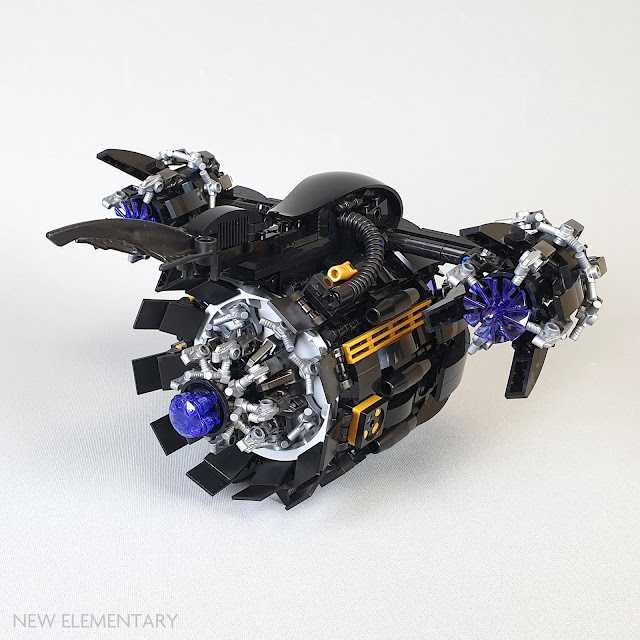 For the jet engine at the back and the two on the sides I used the pieces from the weapon accessory pack known as Mini Accessory, No. 11 in Silver Metallic (6266977|50018). Very nice greeble parts. 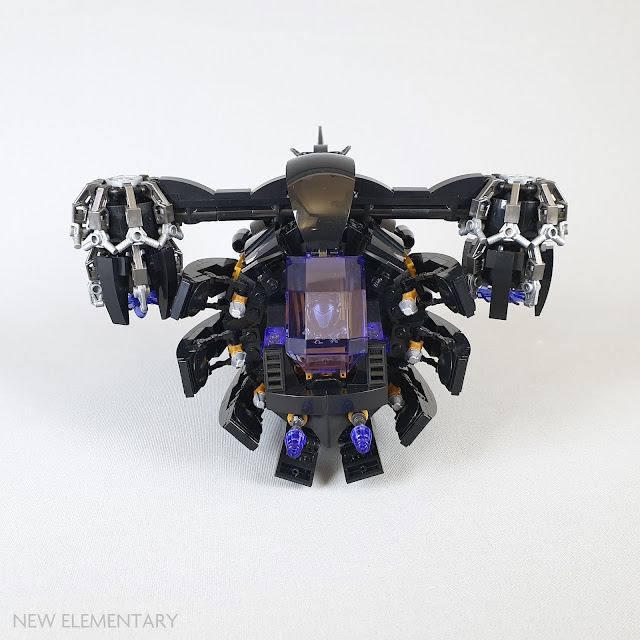 Then I put the slopes in the front to make it more of a ship-like shape. The slopes on the side of the cockpit can fold out in battle to reveal the grenade launchers.

After building the Bullet Bill spaceship my lust for building came back. I like microscale builds so I decided to make a kind of city. As before, I started by using the Fat Boy Rim (46334 | 6268590) because it is a hard piece to build with, and using the Rim as a structure or building in microscale is especially hard. But I thought of Cloud City from Star Wars and built a floating city with different parts that are connected to each other. 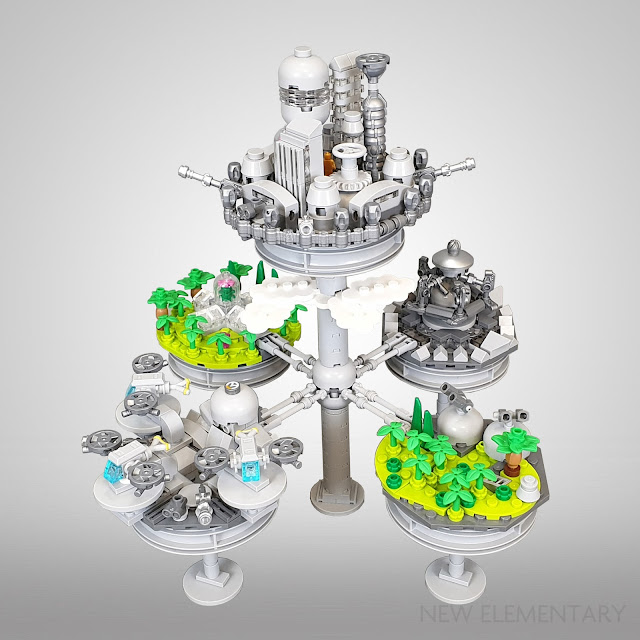 When I first received the Parts Festival pieces I started doing tablescrap builds, to test how to connect them. The multibag Mini Accessory, No. 11 (50018 | 6266977) has many parts that have studs on both sides, which is good. 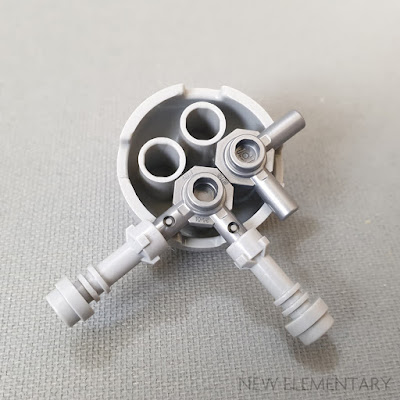 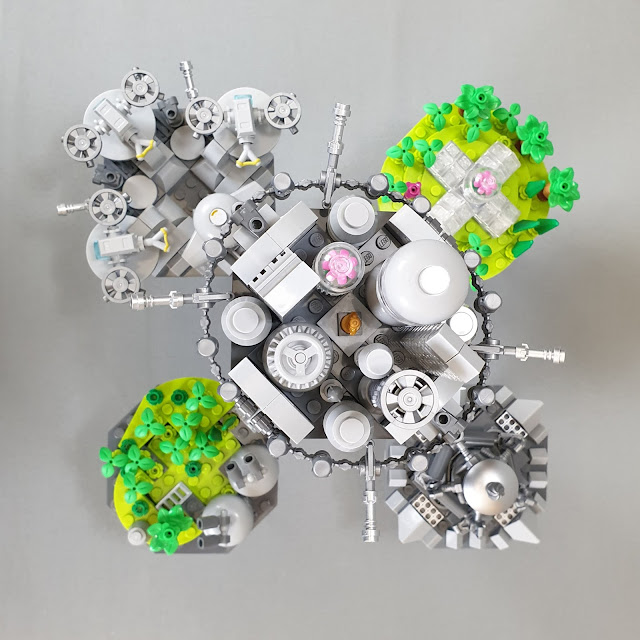 I used many of the different seed parts in this build especially from the two weapon packs, such as the building made of the cup-shaped things and the gun part as Air Defense, and on the Energy Reactor building. 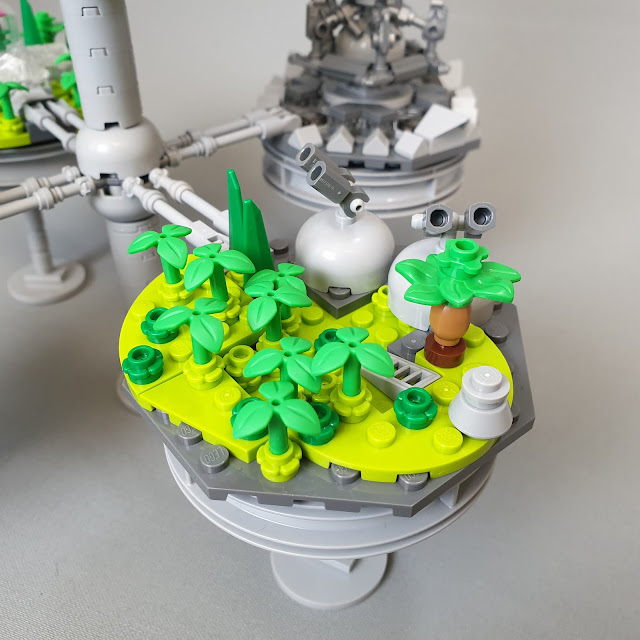 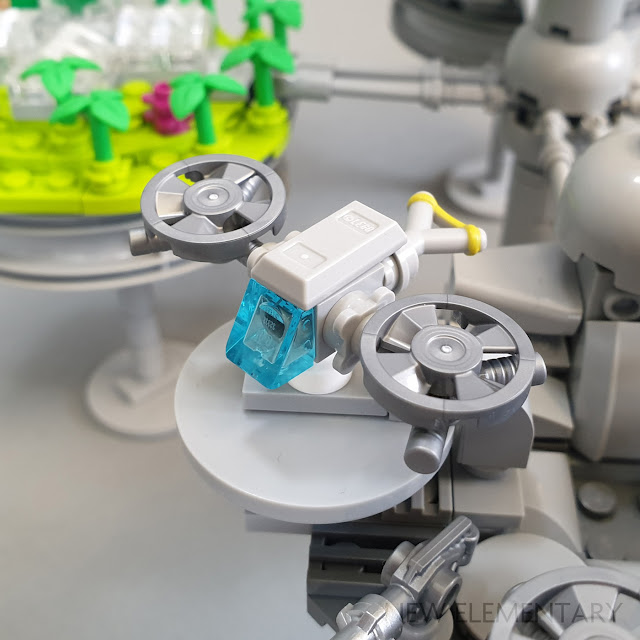 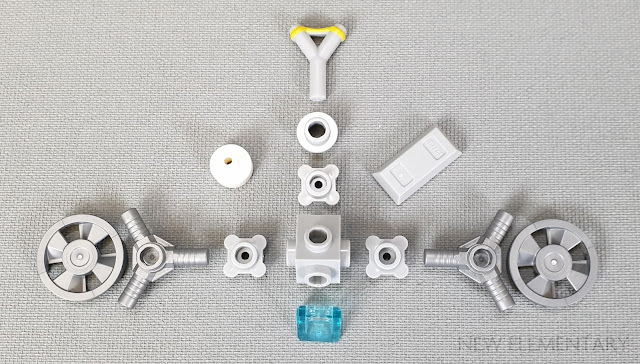 My first two builds were kind of black and gray. So this time I tried to use what are the most colourful but also the most challenging of the seed parts, in my opinion: Accessories, Marine Life, No. 1 in Vibrant Coral (49595 | 6262127) and the seaweed part in Bright Bluish Green/ Dark Turquoise (49577 | 6262134). I also utilised many Pick-a-Brick parts I have bought in those two colours. I used two of the seaweed part as stem in the flowers. 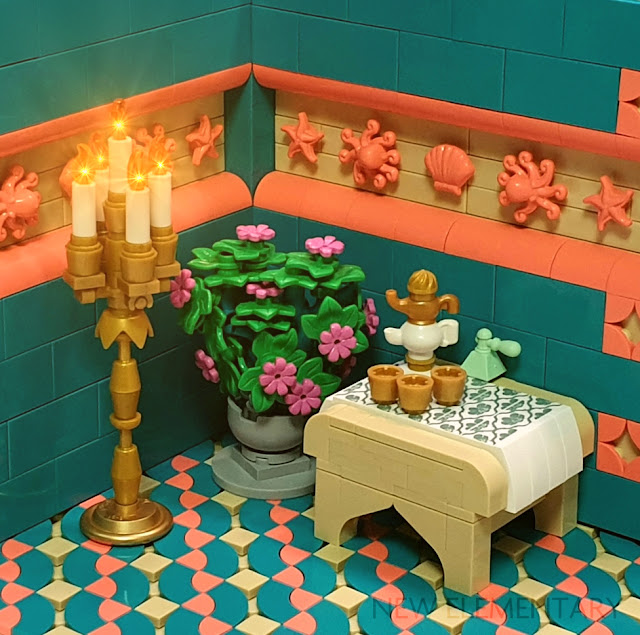 This build is a mix of the Mediterranean cultures; some kind of Marrakech / Turkish / Greek bathroom as evidenced by he hammam towel, the Turkish teapot on the stool and the Greek-style wall decorations in Moroccan colours.

I really enjoyed this Parts Festival, even if my start was hard. But I found my way home to the bricks again. And that I´m glad for!


It is sometimes the case that people who we have lined up to participate in Parts Festivals later find that pressing matters get in the way, and it is difficult or impossible for them to deliver models after all. Given the circumstances Peter found himself in, it is astonishing that he delivered something to us, and it is heartbreaking too. From everyone at New Elementary, we wish Peter and his family the very best.

Products mentioned in this post were kindly supplied by the LEGO Group. All content represents the opinions of New Elementary authors and not the LEGO Group. All text and images are © New Elementary unless otherwise attributed.
Posted by: Elspeth De Montes Posted on 12/14/2019 03:25:00 am
Email ThisBlogThis!Share to TwitterShare to FacebookShare to Pinterest
Labels: Parts Festivals, Space, Technique