Returning to our Parts Festival today is Paulo 'Sagh' Carreira from Portugal with more fun and inspiring creations using some of the newest LEGO® parts.

When I arrived home from Skaerbaek Fan Weekend with the seed parts, I decided that I would not look up these parts on the internet. I didn’t want to see their original uses, to avoid being influenced. While the use of some parts is quite clear, like Will’s hair or Bo Peep’s staff, others presented themselves as mysteries. The Mini Accessory, No. 11 in Silver Metallic (6266977|50018) was one of those mysteries. What a great set of parts!

The Giant Elk Beetle walks the woods in search for food with a slow but steady pace to save energy for the mating season. That’s when the males became very active, fighting each other by making use of their big antlers. 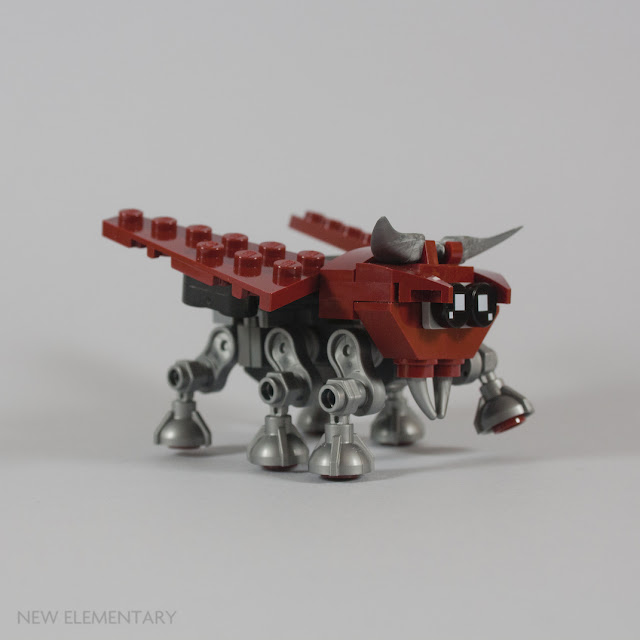 The mix of joints with different angles and connections in this pack of parts were the perfect means to replicate different creature’s articulations. I took inspiration from different species of large beetles with horns, and after some fiddling with the parts a robust dark red beetle was born.

The Spiked Golden Centipede is a feared predator that makes use of its speed and strong mandibles to hunt for basically everything that moves, being known for hunting prey twice its size. But if you think you’re safe because you are in a higher position in the food chain… think twice! The spikes on its back pack a powerful venom. Its main use is to keep predators away, but there are reports of people stepping on these centipedes with excruciating results. 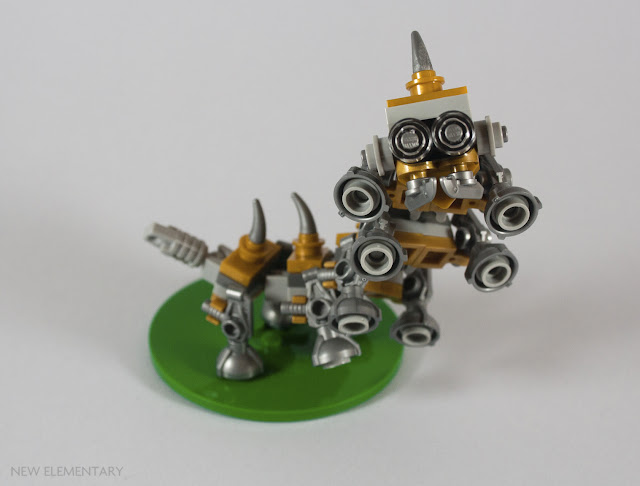 I really liked the legs of the beetle built using parts from Mini Accessory, No. 11 in Silver Metallic ( 6266977|50018), so I though that it would be cool to apply those parts again with the same use, but this time in bigger numbers. I took inspiration from different centipedes, caterpillars and added some artistic freedom to create a creeping creature that could give the chills to sensitive types. 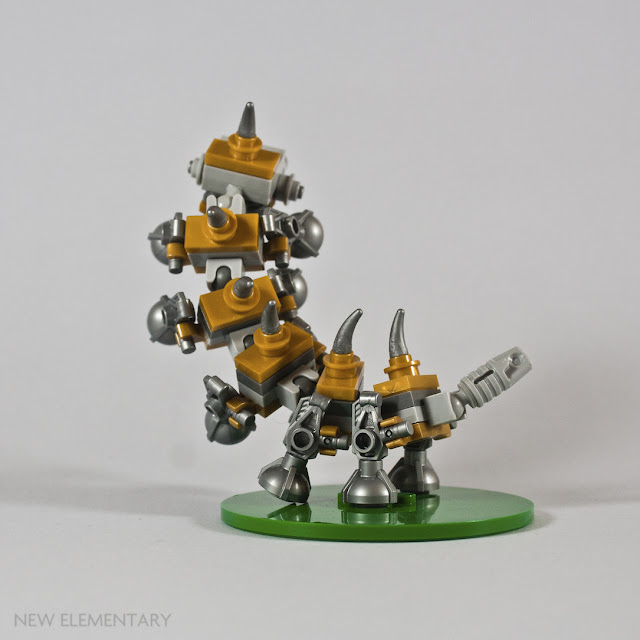 Normal dragonfly can fly up to 85km/h but the elusive Raijin Libellulidae has been recorded flying at more than 100km/h. This dragonfly gets its name from the god of lightning, thunder and storms in Japanese mythology; a reference to its speed and the electric blue colour on its wings. 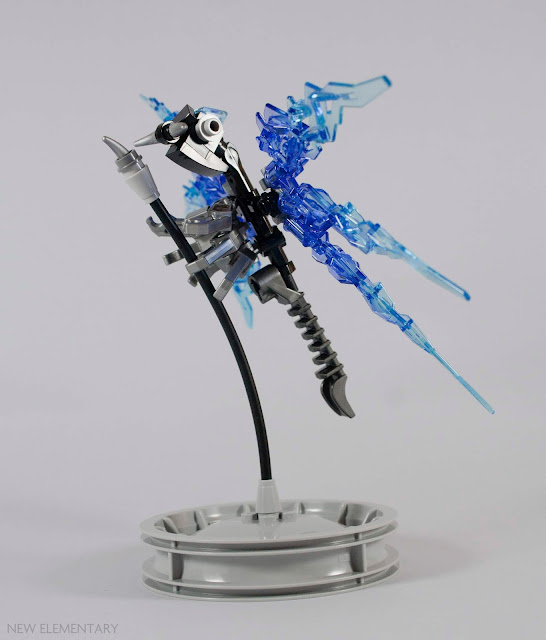 The 120º angle of the part with the three bars within Mini Accessory, No. 10 in Silver Metallic/ Flat Silver ( 6266155|40598) was great to make a fan effect using some clips and flames, and that construction looked a lot like wings. My first thought was to make a Phoenix but since I was in the bug-zone, I decided to make a dragonfly. 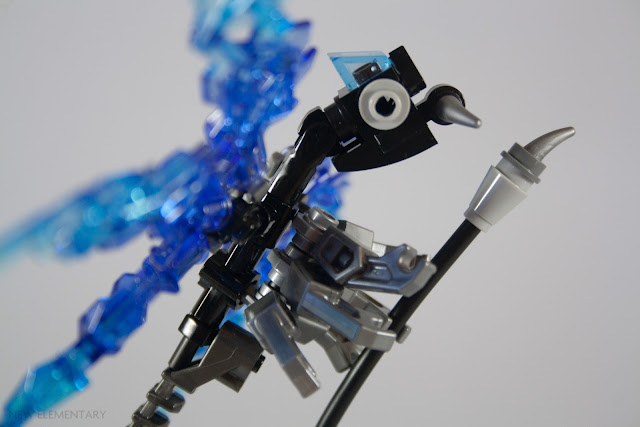 I also used the 90º angle parts with two bars to attach the legs, that was the trickiest part of the build because I wanted it to not look too bulky, and after trying some different approaches I decided to use some cut-to-size hose to connect the different parts. 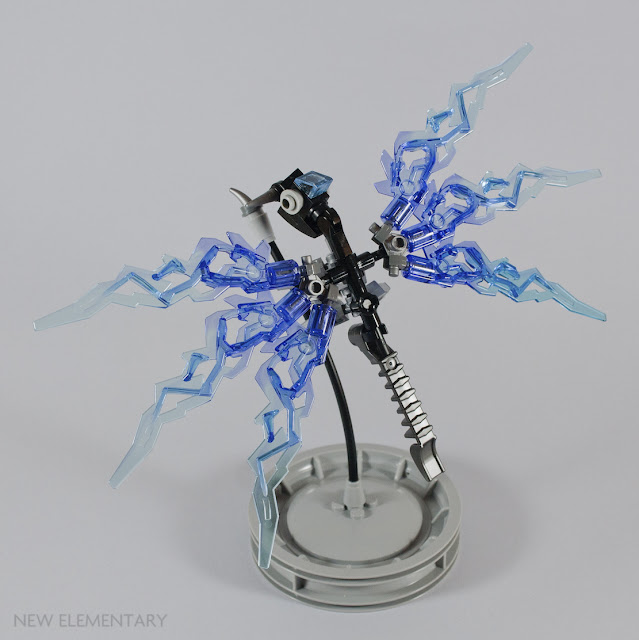 I was also able to incorporate the Fat Boy wheel rim, Motorcycle Rim Ø 75 Solid in medium Stone Grey/Light Bluish Grey (6268590|46334) as the base. It’s not the smartest NPU but it does create a solid foundation for an extremely unstable construction.

When I was looking at the components in Mini Accessory, No. 10 in Silver Metallic (6266155| 40598),  the anchor-shaped parts reminded me of petals, so I started to try to make a small flower using them. When doing that I thought that it would look good if I was able to incorporate the wheel covers in the design to simulate the centre of the flower. 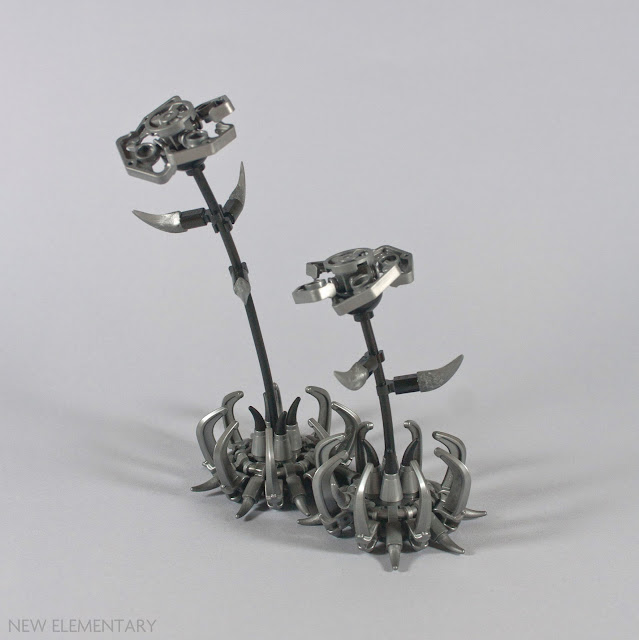 This delicate looking flower is in fact a very resistant living being. It thrives in abandoned open sky mines and it gets its colour from the metal contamination of the soils. The levels of pollution are deadly to most species of plants and animals, but this little flower found a way of surviving. It is without doubt a prove that that nature always finds a way of adapting and survive.

Well, now that I've built (almost) everything I wanted to, now that all the pictures are taken, and all the text and descriptions are written… I will go to my browser and look for those parts on the internet to see in what sets they appear and how they used.

Products mentioned in this post were kindly supplied by the LEGO Group. All content represents the opinions of New Elementary authors and not the LEGO Group. All text and images are © New Elementary unless otherwise attributed.
Admin: Elspeth De Montes Posted on 11/25/2019 04:30:00 am
Email ThisBlogThis!Share to TwitterShare to FacebookShare to Pinterest
Labels: Parts Festivals, Technique