A little Sunday treat for you from Duncan Lindbo, as he continues his LEGO® Parts Festival explorations for us.


So there I was, staring at a pile of Vibrant Coral gears (Gear Wheel 6x6, Z14 – 6258385| 35446), trying to think of a MOC to make with them, when it struck me that they kind of look like a big splat (I’m not the first one to make this observation, I know). Then I tried to think of things with big pink splats on them, and the first thing that came to mind was a particular variety of cheap, disgusting, and totally delicious sugar cookie that pretty much every grocery store and supermarket around here has a generic variety of… 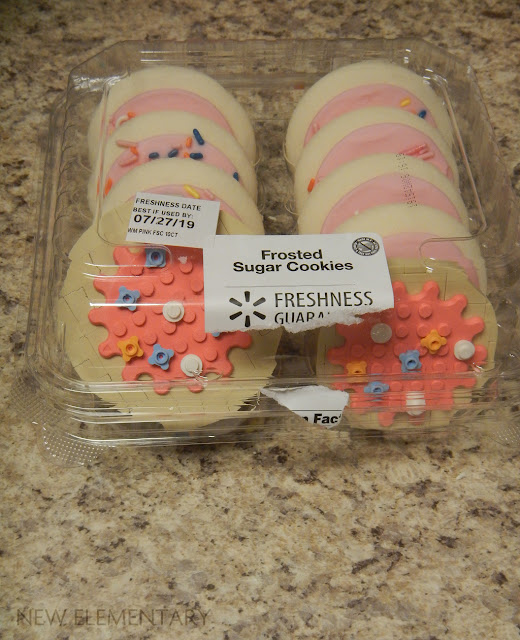 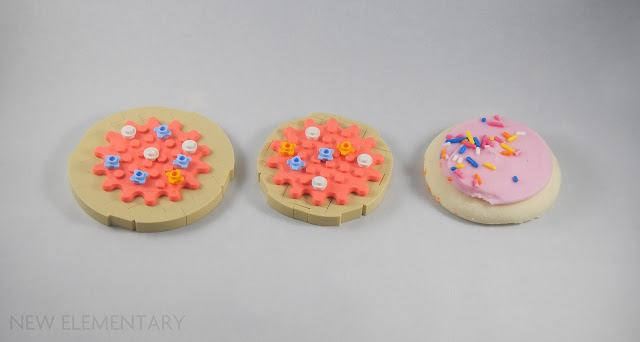 The smaller cookie is closer to the size of the real cookies, but isn’t quite as smooth a circle. Speaking of which, the circles in both cookies are fairly simply constructed. 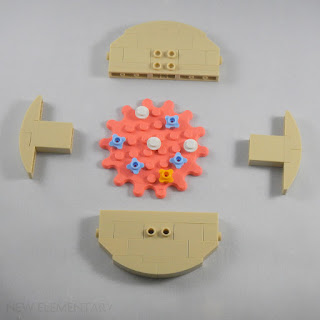 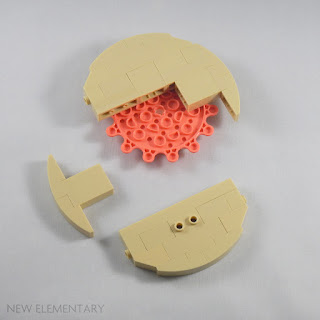 Both are built out of two copies of the 'top'/'bottom' sections, and two copies of the sides. (At least in theory. The top and bottom of the big cookie aren’t identical, since one uses a 1x2 SNOT brick and the other, a 1x2x1 ⅔ SNOT brick, but that doesn’t really affect anything). 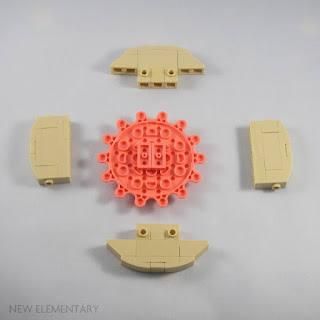 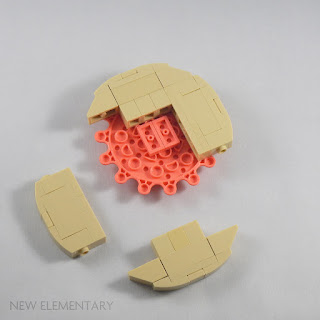 One neat thing about Vibrant Coral is that it fluoresces under a blacklight. I’d heard that that was the case somewhere before (here on New Elementary, or from a LEGO Store employee I think) and had to test it out myself. A word of caution, if your food glows like this, it’s probably not safe to eat. 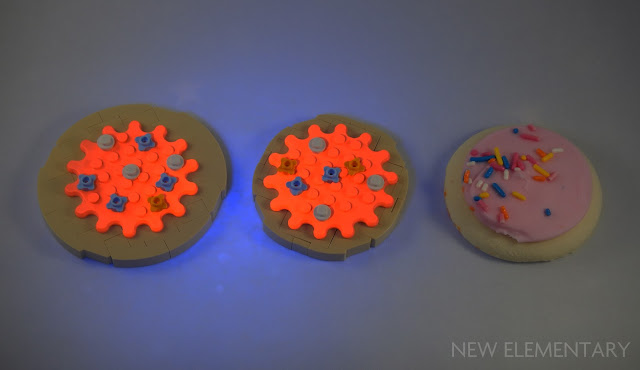 As a final note, I was later told by my girlfriend that it’s not very nice to tell your significant other that you made cookies, when they are not, in fact, edible.

Products mentioned in this post were kindly supplied by the LEGO Group. All content represents the opinions of New Elementary authors and not the LEGO Group. All text and images are © New Elementary unless otherwise attributed.
Admin: Tim Johnson Posted on 9/01/2019 04:24:00 pm
Email ThisBlogThis!Share to TwitterShare to FacebookShare to Pinterest
Labels: Parts Festivals, Technique