The next Parts Festival participant to introduce you to is Inthert (on Flickr), a UK-based LEGO® builder who was one of the winners of our Build 'n' Fix contest earlier this year with his lovely spade, although spaceships are really his thing. Here's the first of his investigations into our 19 seed parts.


At first, I questioned how useful the star element (Design Plate 4X4X2/3 No. 1 in Bright Yellow/ Yellow – Element ID 6248804| Design ID 39611) would be, especially without straying straight into illegal techniques. This is simply down to its number of connection points which, for a part of its size, is pretty limited. A star with nine friends is a slightly different story though. 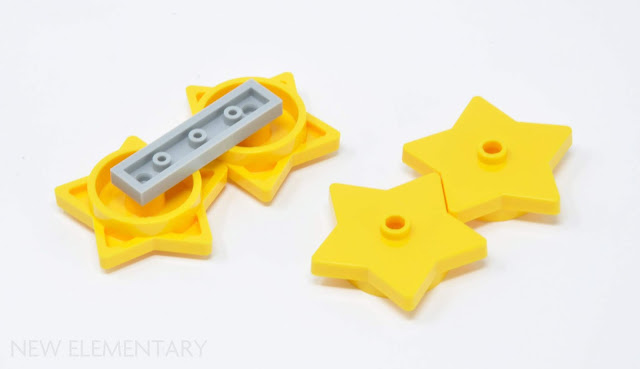 Attaching a couple using their central anti-studs onto a 1x4 plate with two studs at either end (92593) puts them the ideal distance apart to interlock. To an extent at least, the very nature of shapes based upon five sides means they’ll never tesselate perfectly but this arrangement does open up at least one interesting possibility. 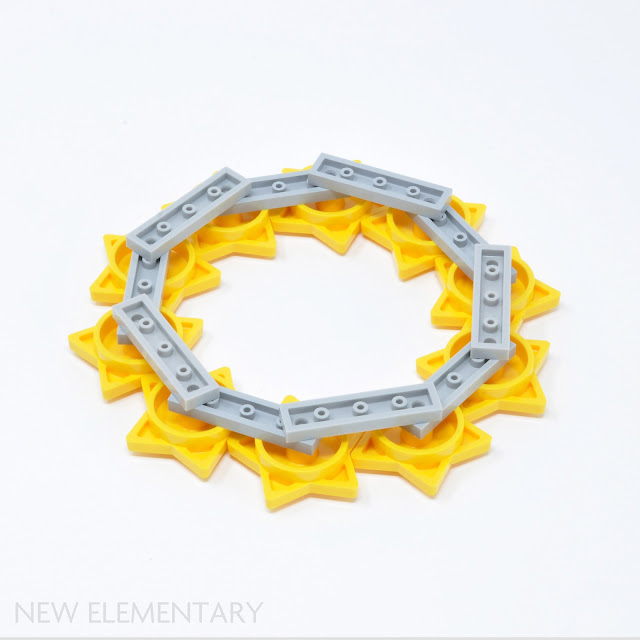 Attaching five of these subassemblies together (using a further five two-studded 1x4 plates) forms a wonderous magic portal of shooting stars… or, for the more mathematical mind, a ring of ten stars. 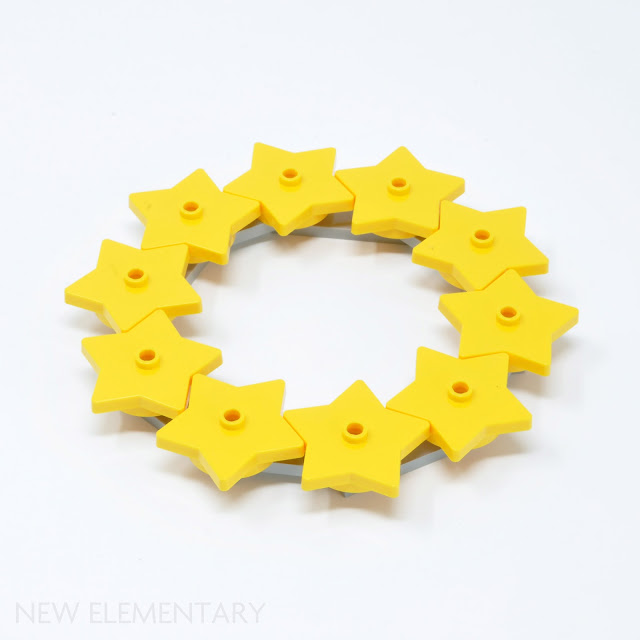 As I alluded to earlier, aside from the obvious, legal connection points the star also has potential for more dubious and fragile building techniques. Given the tendency of LEGO to use common dimensions, I doubt it’s a coincidence that the five points are exactly (or else very close to) the standard height of a plate. And as any experienced builder probably knows, this means that any element with a standard clip can be attached to its side (albeit with some resistance!). 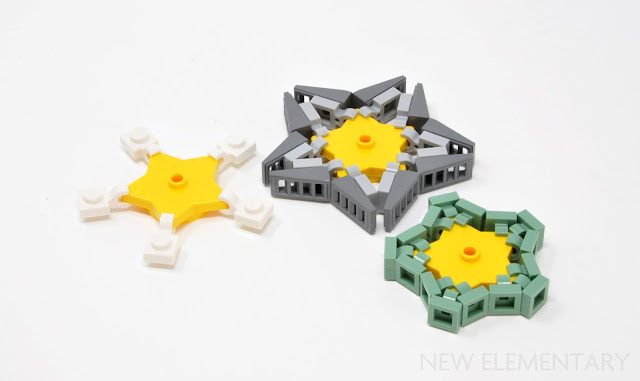 Stacking multiples of the technique on the right makes for a neat texture which I used to make a little church. 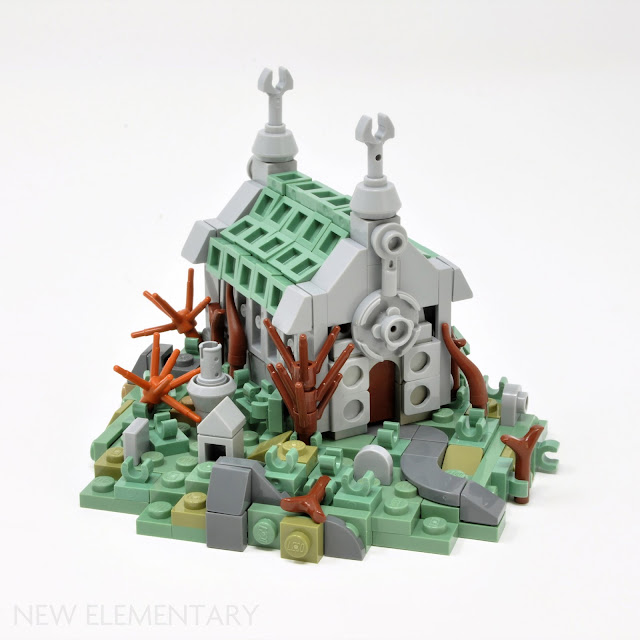 A 6L bar (63965) runs though the centre of each star and keeps the roof as stable as it can be whilst using the fragile clip technique. 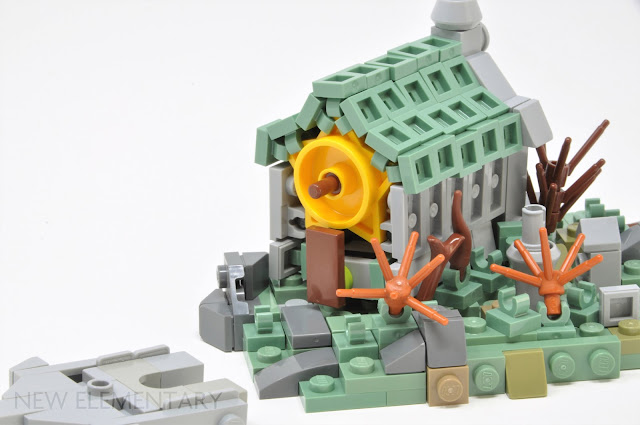 Products mentioned in this post were kindly supplied by the LEGO Group. All content represents the opinions of New Elementary authors and not the LEGO Group. All text and images are © New Elementary unless otherwise attributed.
Admin: Tim Johnson Posted on 8/20/2019 03:30:00 am
Email ThisBlogThis!Share to TwitterShare to FacebookShare to Pinterest
Labels: Architecture, Parts Festivals, Technique