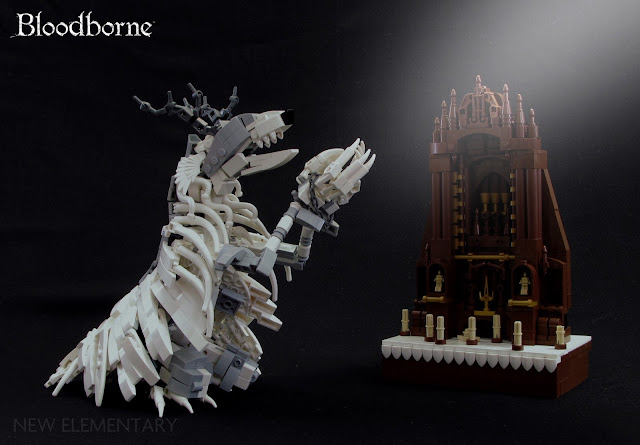 When I saw candle parts, I imagined long and pale creepy fingers. I thought, who could have such fingers? I love the PlayStation game Bloodborne so much, and there are a lot of creepy creatures with cool designs in it. Vicar Amelia is one of the bosses, and the last high cleric of the Healing Church. She could not resist the curse of the old blood and became a beast. 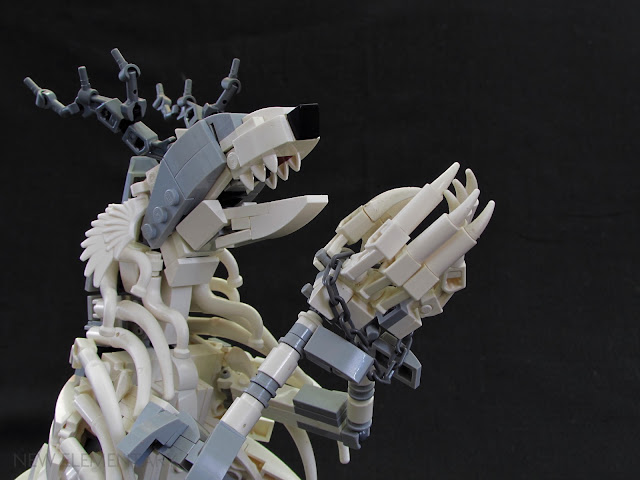 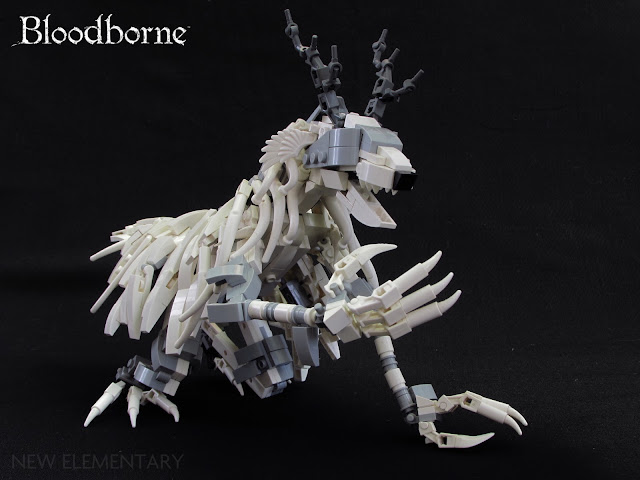 I absolutely love Gothic architecture. I thought that Reddish Brown Mini Brush (6046576| 15232) would look cool as decorative elements on altar in the gothic cathedral. 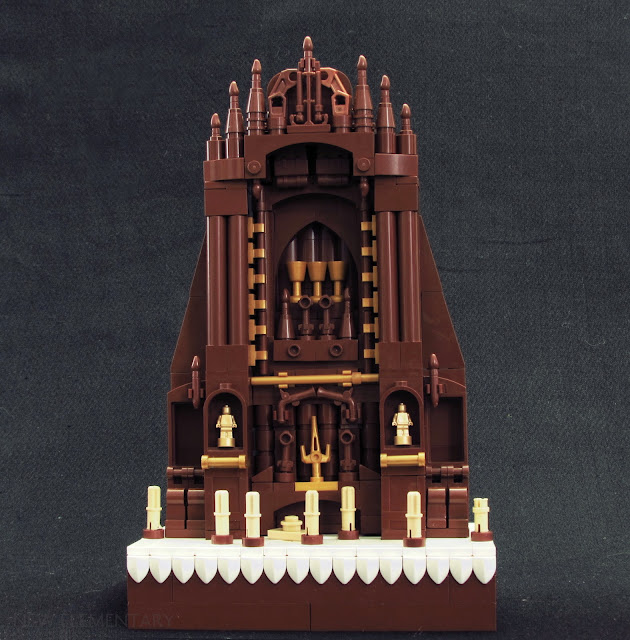 For this next creation I built a scene from one of my favorite books, "Reflections of the Eterna" by Vera Kamsha. It is a Russian series of novels which take place in an amazingly crafted world, full of colorful characters and an incredibly atmospheric narration. 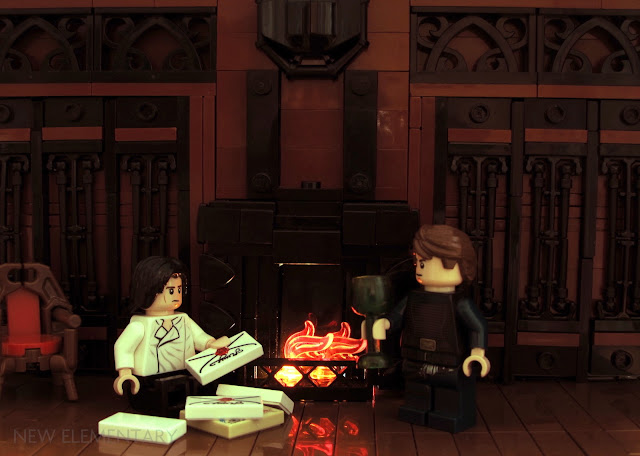 Black Wand on Sprue (6232209|36752) allowed me to build some beautiful ornamental decorations on the wall behind the characters. Here is a detailed view of the design from the repeated decoration on the wall. I think it looks rather pretty. 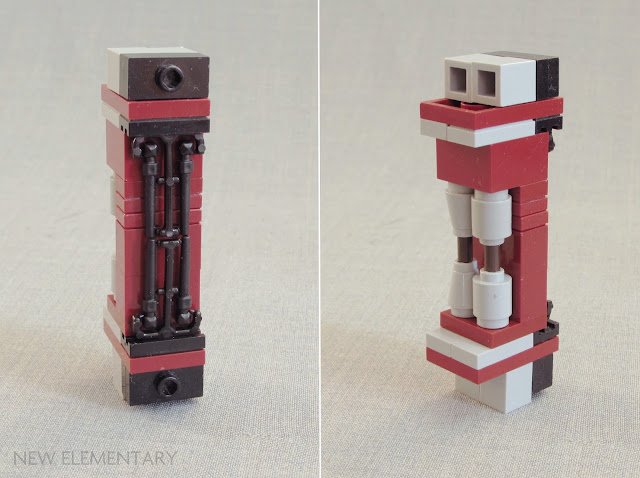 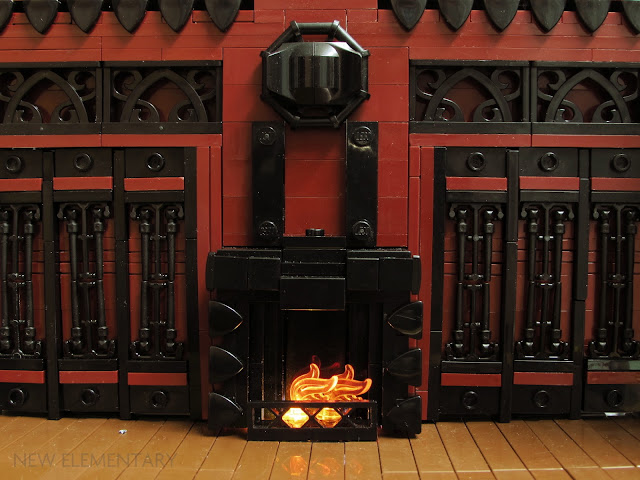 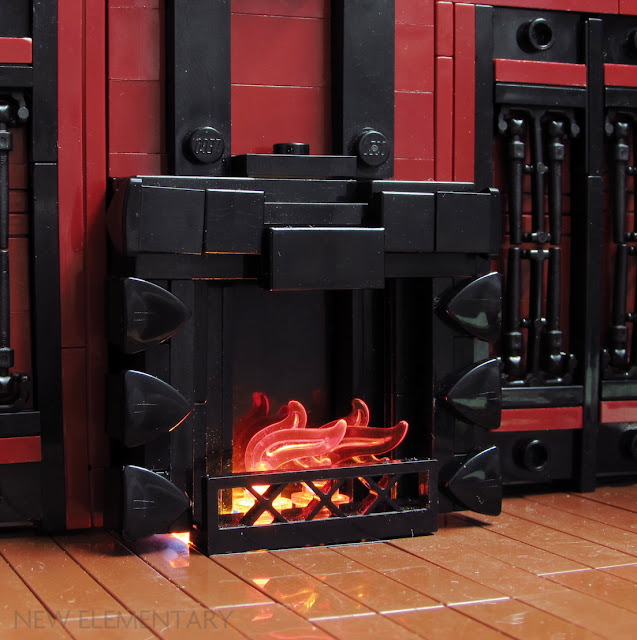 Our thanks go to Peter for making such fantastic creations to showcase the parts in our parts festival.
READ MORE: 2018 PARTS FEST #2: Peter's Post Apocalyptic World and Flying Fortress

Products mentioned in this post were kindly supplied by the LEGO Group. All content represents the opinions of New Elementary authors and not the LEGO Group. All text and images are © New Elementary unless otherwise attributed.
Admin: Elspeth De Montes Posted on 3/02/2019 04:00:00 am
Email ThisBlogThis!Share to TwitterShare to FacebookShare to Pinterest
Labels: Community, Parts Festivals, Technique