One of our New Elementary parts festival builders, Duncan Lindbo, casts his mind back to an old LEGO® element that may well be familiar to fans who were youths during the 1990s. Remember the Insectoids? Well, Duncan does. 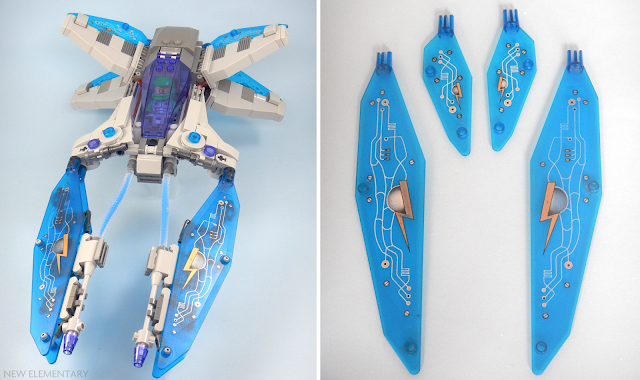 For many AFOLs, the late 1990s were a low point in set design. They think there were too many overly specialized parts, and they’re not entirely wrong… but because of that, there’s a lot of interesting parts that tend to get ignored by the AFOL community. Today, we’re going to explore a couple of Transparent Blue [TLG]/Trans-Dark Blue [BL] elements from the Insectoids line (1998-1999).

Technically, this is two parts since these typically came in pairs, each printed on the opposite side, but it’s the same mold, so we’ll ignore that distinction. 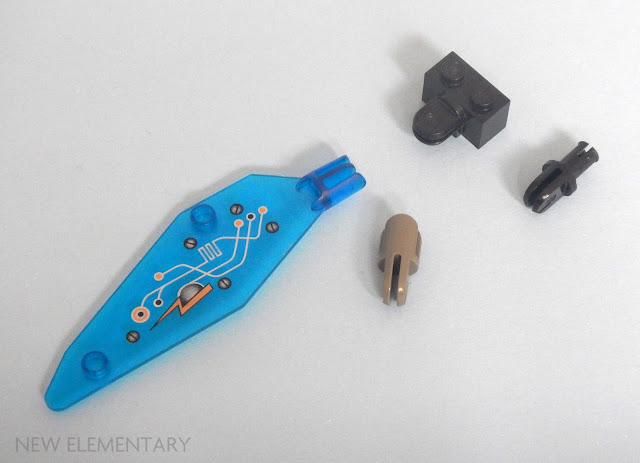 The primary means of connecting these wings is with tubular finger hinges that appeared in the 1970s but were killed off around 2000, like Arm Holder Brick 1 x 2 with 2 Horizontal Fingers (30014) and Arm Piece Turned with 2 and 3 Fingers (412). This somewhat limits their compatibility with newer parts, but they do have two hollow studs on either side. These wing elements were only ever produced in Transparent Blue and were always printed.


The studs on the wings line up nicely with typical LEGO plates. 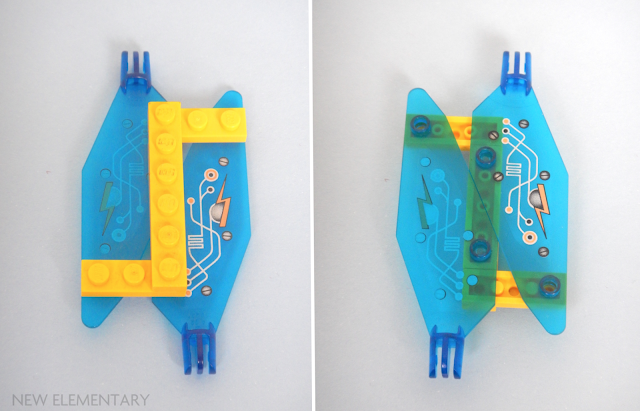 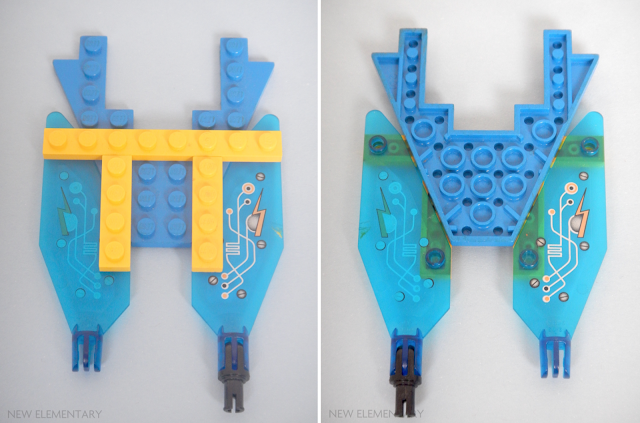 One interesting feature of this part is that the wing panel is approximately half a plate thick. This means that when a plate is attached to either side of the wing, the resulting assembly is about 1 brick wide, a trait relatively few other LEGO parts share. In fact, the only part I’m aware of like this is the old-style Lamp Holder plate (Design ID 4081 but identified as 4081a on BrickLink). 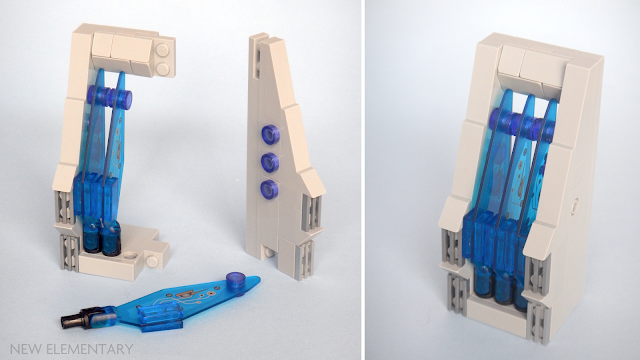 I’ve used this particular quirk in this tablescrap above which is a Space-y vent or window of some kind, as well as on the back “X” wings of my Insectoid Vic Viper, shown at the start of this page and below. 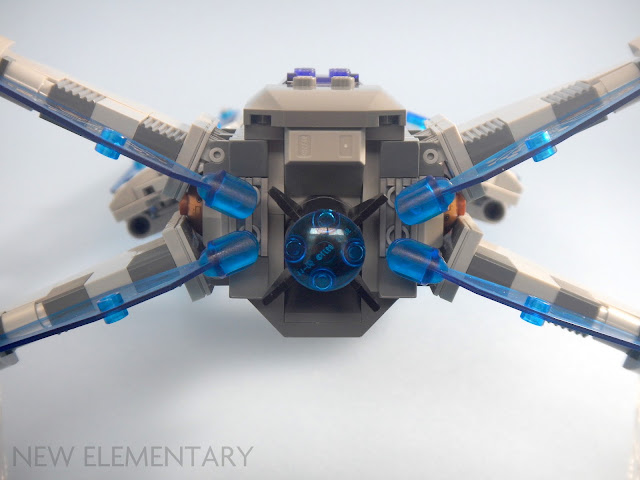 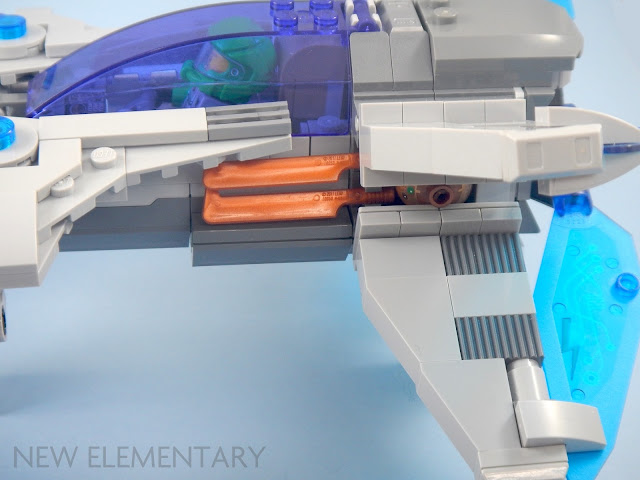 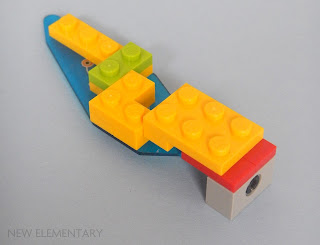 And speaking of quirks, the main connection points on the wings, i.e. the tubular finger hinges, seem to be about a quarter stud offset from the studs on the wings. This is unfortunate, as makes it tricky to connect the wings to a structure with both the finger hinge and studs. When you connect two wings together, you’re left with a two and a half stud gap.

In this tablescrap below, I’ve compensated for that by mounting the wings on a Technic assembly. 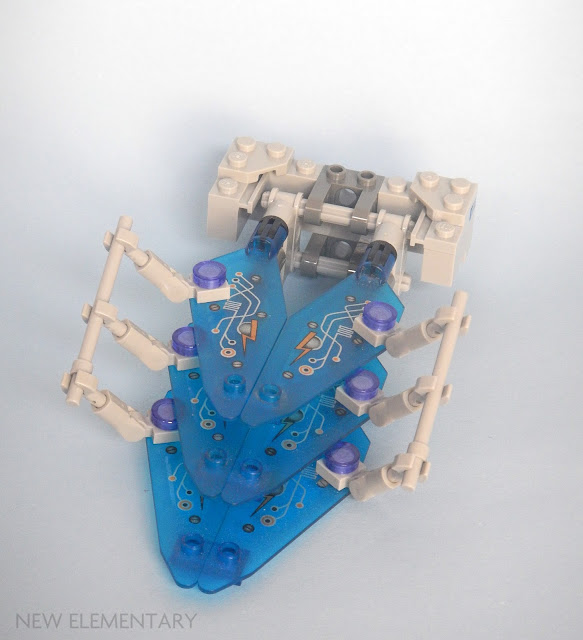 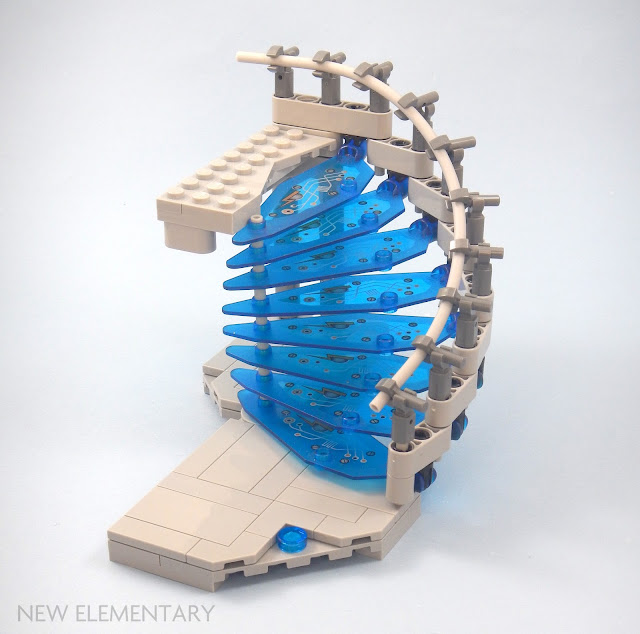 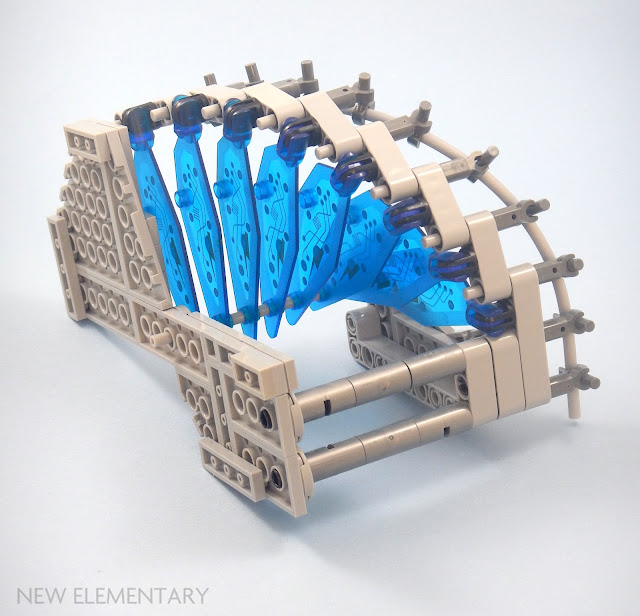 Next there’s 30231’s big brother, which shares many of the quirks of its smaller counterpart, so we’ll instead focus on the differences. 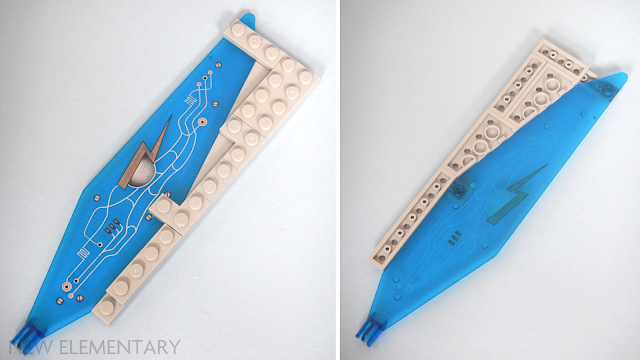 For one, none of the angles on the large wing match the ones on the small wing. The angle on the leading edge of the wing matches 2x4 wedge plates, which are still in production today and fairly plentiful, so that’s an improvement over the small wings. It probably won’t come as a surprise that none of the others seem to though. 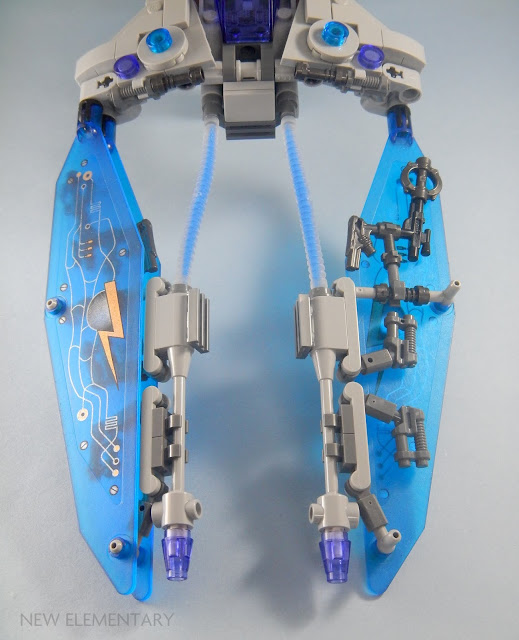 Unlike the small wing, both studs on the big wings are hollow, allowing bars all the way through them. I took advantage of that to stiffen the “prongs” of the Vic Viper, and to fill in the space with some delicious greebles. 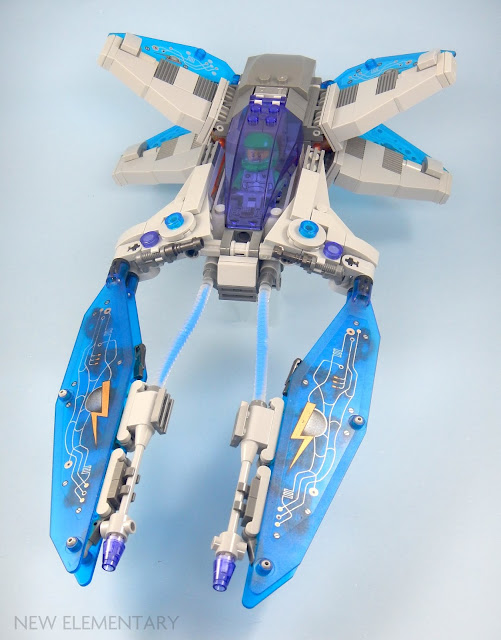 Overall, the small wing is easier to incorporate into MOCs than the big one, just due to its size. But both parts have a lot of potential if you’re looking to add something really bizarre and alien in your builds!


Do you have an old LEGO element no longer in production that you'd like to explore and share with New Elementary readers? Contact us with examples of your writing (any subject) and LEGO photography.

Products mentioned in this post were kindly supplied by the LEGO Group. All content represents the opinions of New Elementary authors and not the LEGO Group. All text and images are © New Elementary unless otherwise attributed.
Admin: Elspeth De Montes Posted on 3/07/2019 05:00:00 am
Email ThisBlogThis!Share to TwitterShare to FacebookShare to Pinterest
Labels: Old parts, Space, Technique