Black Design Plate 1X1, No. 1 'floppy puppy ear' (Element ID 6231382 | Design ID 35463) is only found in one set, the Dalmatian Puppycorn blind bag from 41775 Unikitty! Collectibles Series 1. Each Dalmatian Puppycorn has only one Black ear as the other is white. 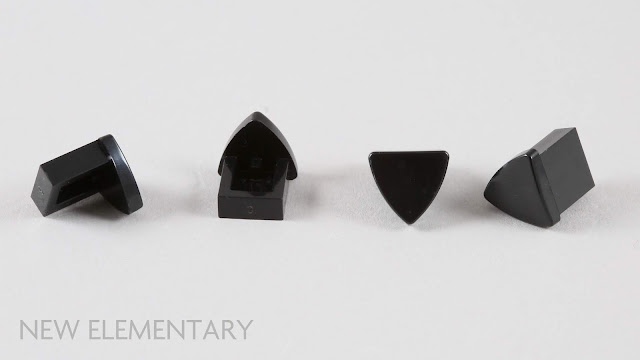 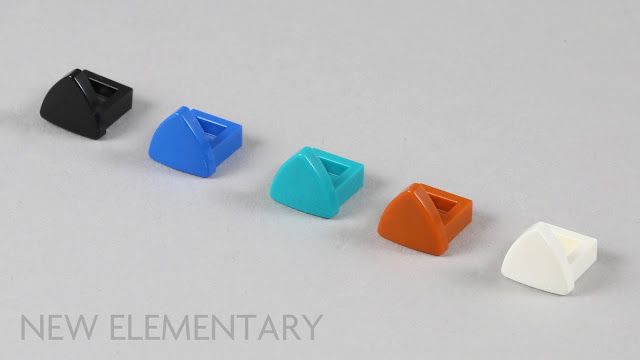 Sven Franic previously took a closer look at the floppy puppy ear as part of his Unikitty parts review series for us. 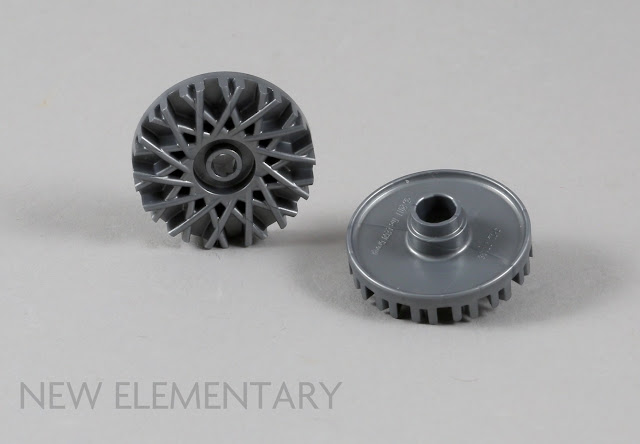 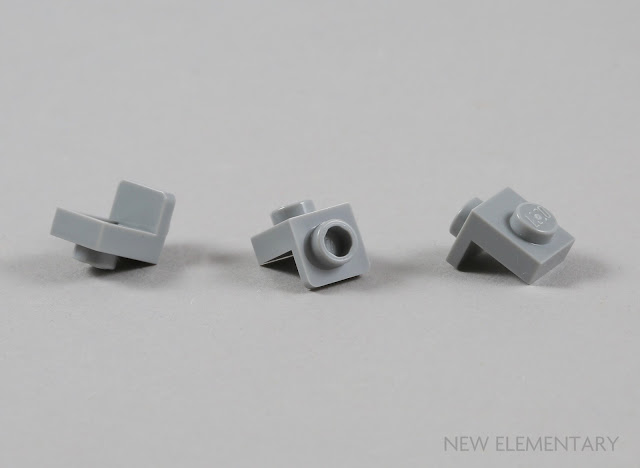 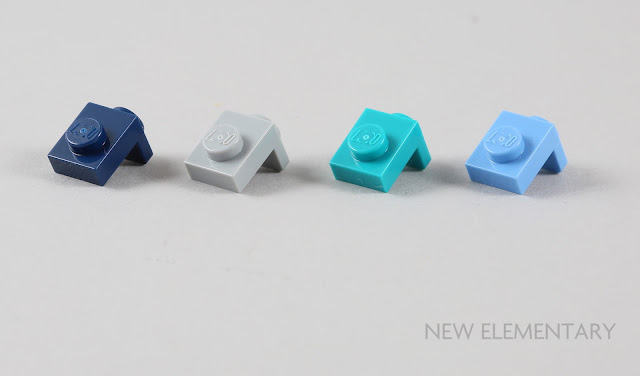 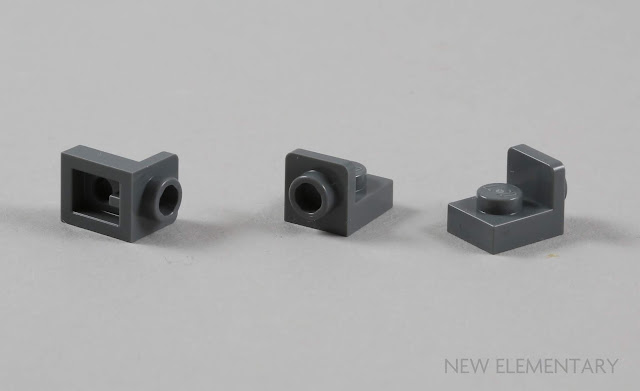 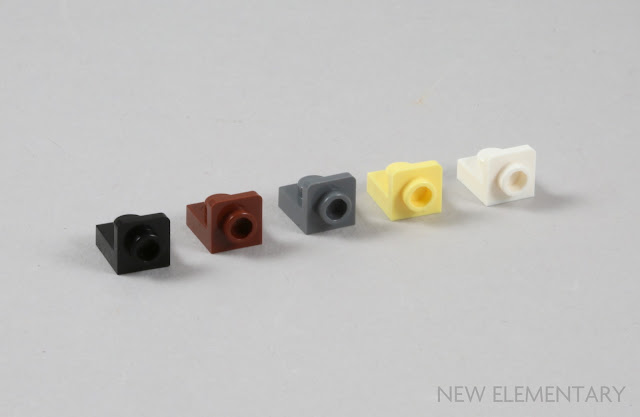 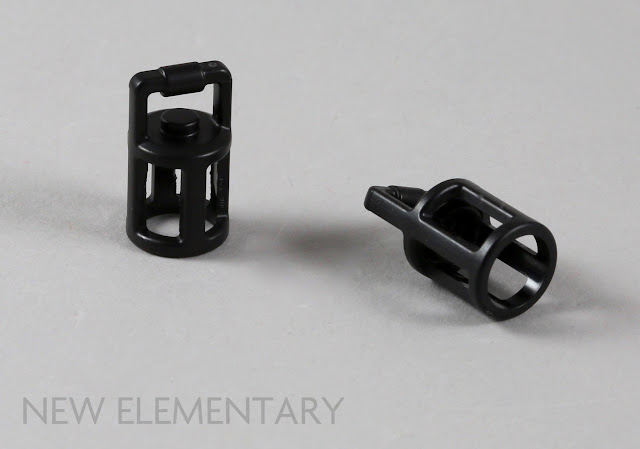 When I took a look at this element as part of our Harry Potter and the Enlightening Elements post, I used the Titanium Metallic [TLG] / Pearl Dark Gray [BL] (Element ID 623411) version that appears in the Wizarding World sets. Pictured below, Titanium Metallic is on the left and Black on the right; it's a subtle difference from a distance but much more apparent when comparing the two side-by-side. 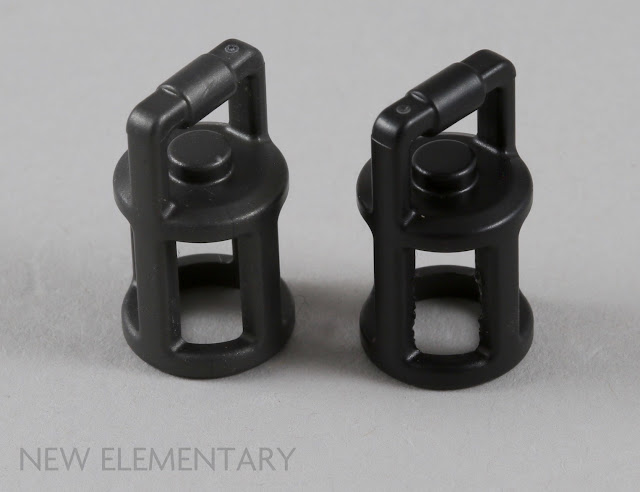 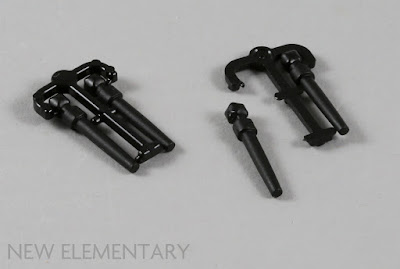 Black Wand on Sprue (Element ID 6232209 | Design ID 36752) was a favourite new element of mine from 2018 releases. I took a closer look at both the sprue and the wands from the Wizarding World theme when reviewing the new parts. There's a host of connections if you consider the element on and off the sprue, so I'll be intrigued to see what our builders come up with. There was a fun use of this element in this years modular, 10264 Corner Garage, as part of the wheel mounter. 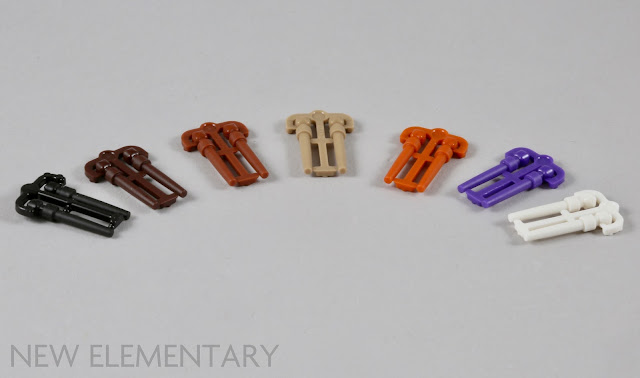 While the wand element is still available, the design of the sprue has been simplified and so this element has had a short life in its original form. 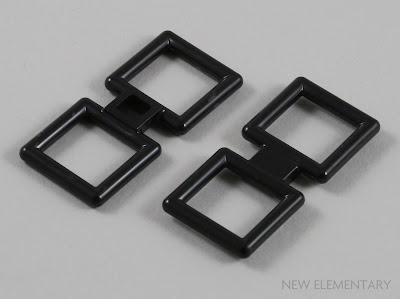 Chris' review of 41597 Go Brick Me showed us that the 3.18mm diameter frame offered a much greater choice and angle of connection than the round glasses, so for this reason the 'square glasses' made it into our parts fest over the round ones. 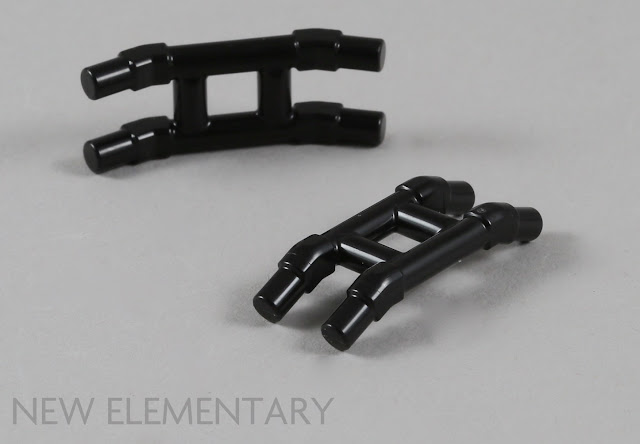 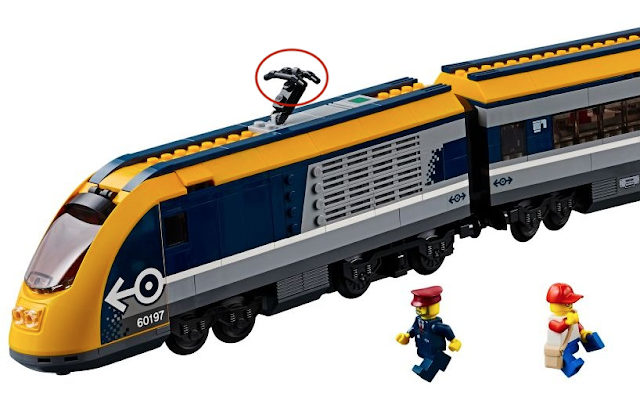 You will find one in 60197 Passenger Train and two in 60198 Cargo Train. It's used as the pantograph to conduct electricity from overhead lines but we thought the plentiful 3.18mm connections would make it ideal for a parts fest.

White Candle No.1 (Element ID 6234807 | Design ID 37762) only comes in white thus far and appears in many of the sets in the Wizarding World theme. We took a closer look at this element as part of our Harry Potter and the Enlightening Elements post a couple of months ago. 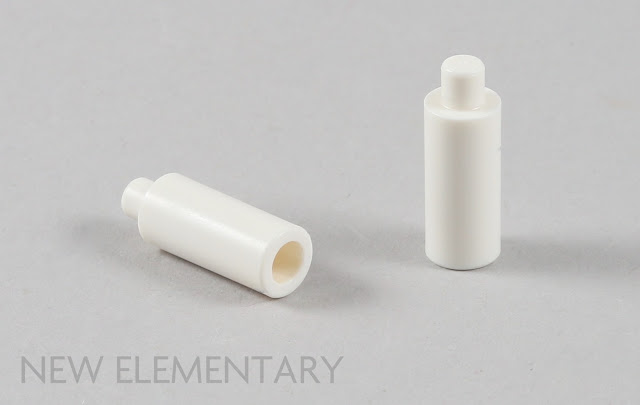 The candle is made up of two sections; a narrower 3.18mm bar that is 3mm long and a wider 5.8mm hollow portion that accepts 3.18mm bar connections in its base.

White Tile 1X3, Inverted, W/ 3.2 Hole (Element ID 6223491 | Design ID 35459) was first introduced within the Unikitty theme last year but can be found within 21043 San Francisco, 21150 Minecraft Skeleton BigFig with Magma Cube and a couple of THE LEGO MOVIE 2 sets. Sven has already taken a closer look and made some fun builds using this part. 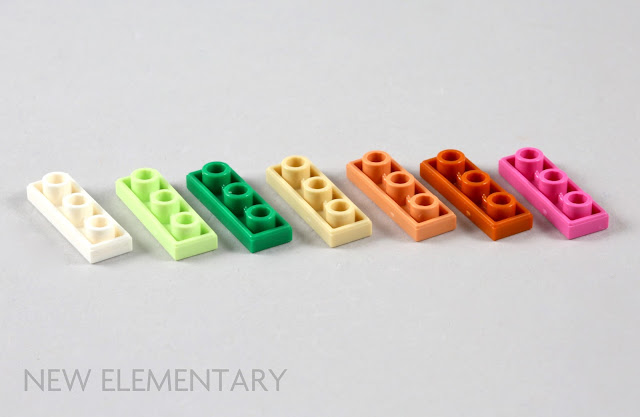 While not a new mould, Reddish Brown Mini Brush (Element ID 6046576 | Design ID 15232) is a great addition to the unprinted selection of minifigure utensils. I find unprinted versions  more flexible when using them out of context in creations. 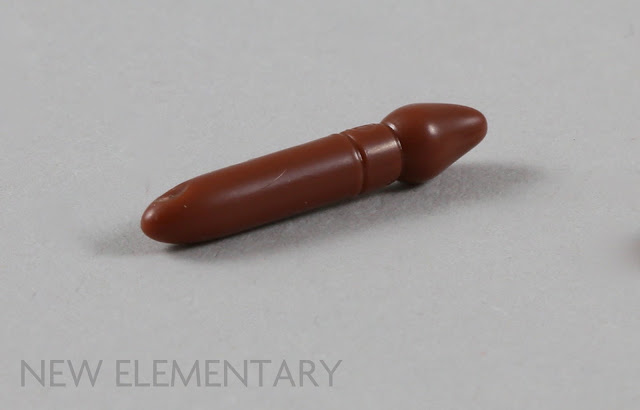 At present, the unprinted brush is available in two sets: 71043 Hogwarts Castle and the gift-with-purchase set, 40289 Diagon Alley. 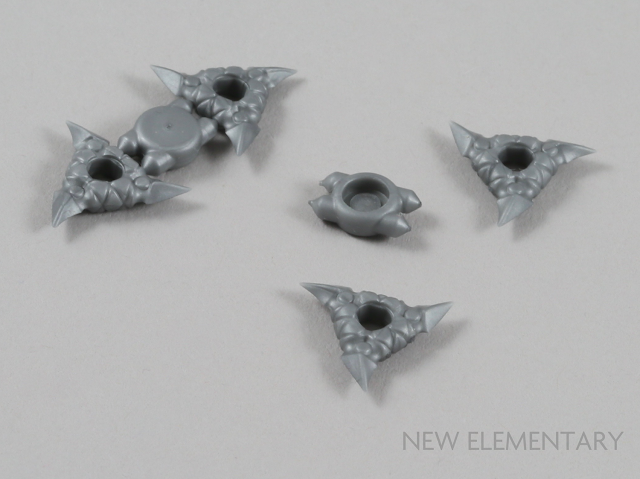 With the postman taking parcels full of these elements to great LEGO fan builders in Russia, Germany, Denmark, Sweden, New Zealand, USA, Italy and Austria, we can't wait to showcase the results.


READ MORE: See the parts and results of our first parts festival earlier in 2018

Products mentioned in this post were kindly supplied by the LEGO Group. All content represents the opinions of New Elementary authors and not the LEGO Group. All text and images are © New Elementary unless otherwise attributed.
Posted by: Elspeth De Montes Posted on 1/25/2019 06:00:00 am
Email ThisBlogThis!Share to TwitterShare to FacebookShare to Pinterest
Labels: Community, Parts Festivals, Technique