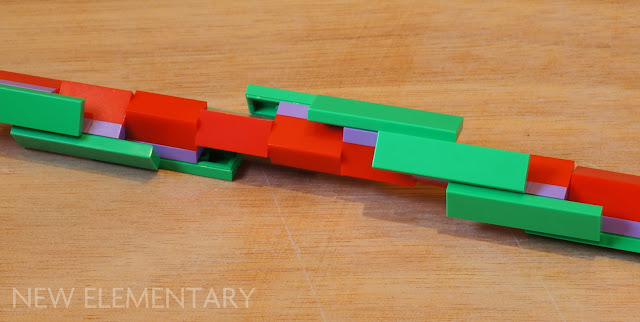 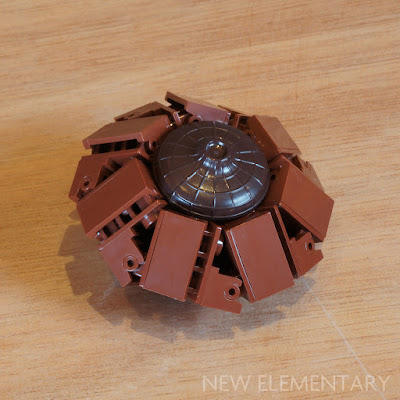 We had plenty of Reddish Brown hinge bases (6186045|3937) with the accompanying 2x2 top (6167644|6134) and here is a fascinating technique one of our builders came up with simply by using eight of these pairings, with Garmadon hats to finish. These brown hinge pairs come in sets like Brickheadz 41595 Belle (available at Amazon USA). 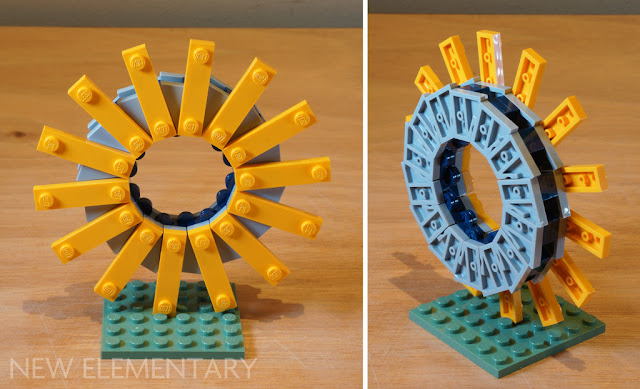 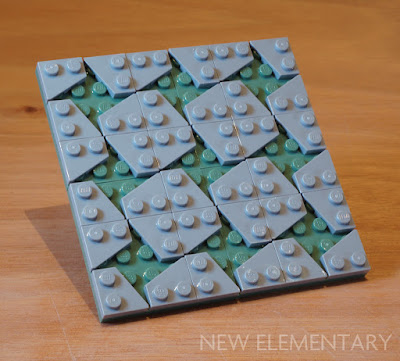 On the subject of those 2x2 wedge plates... we suffered that classic AFOL problem of having loads of righthand ones and no lefthand! That didn't stop this builder who used them for pretty tessellations. 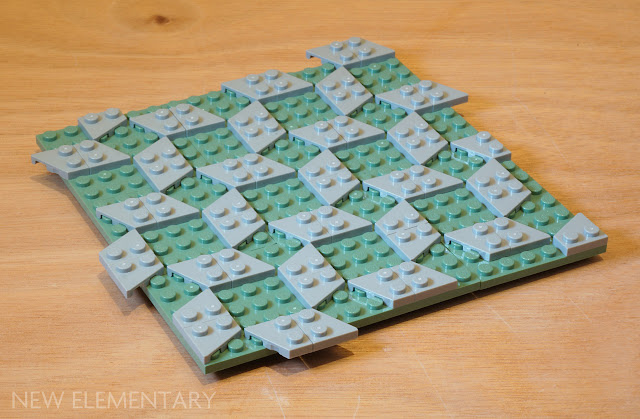 I love the negative space created by these, ably filled here by 6x6 plates in Sand Green (6186830|3958) which are a recent addition to this part's palette, along with Earth Green [TLG]/Dark Green [BL] as Elspeth recently noted. 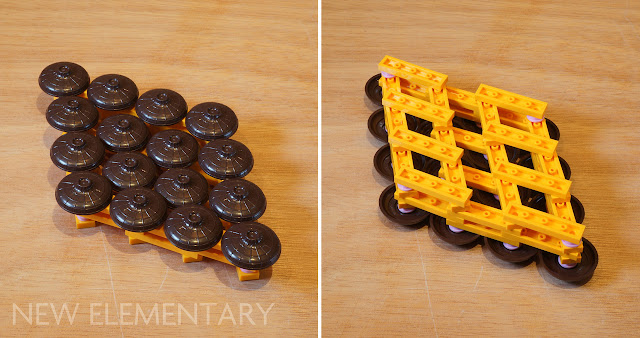 Talk about going off-grid! These Garmadon hats - the Ninjago Mini Hat No.19 (Design ID 26007), also known as Minifig, Headgear Hat, Conical Asian with Raised Center on BrickLink - sit in a neat triangular arrangement thanks to sitting on a bed of 1x4 plates with 2 studs. This is a great use of the latter part, as it is the space between the 2 studs that permits this yellow grid to be deformed.

Products mentioned in this post were kindly supplied by the LEGO Group. All content represents the opinions of New Elementary authors and not the LEGO Group. All text and images are © New Elementary unless otherwise attributed.
Admin: Tim Johnson Posted on 3/18/2018 05:04:00 am
Email ThisBlogThis!Share to TwitterShare to FacebookShare to Pinterest
Labels: Community, Event, Parts workshop, Technique