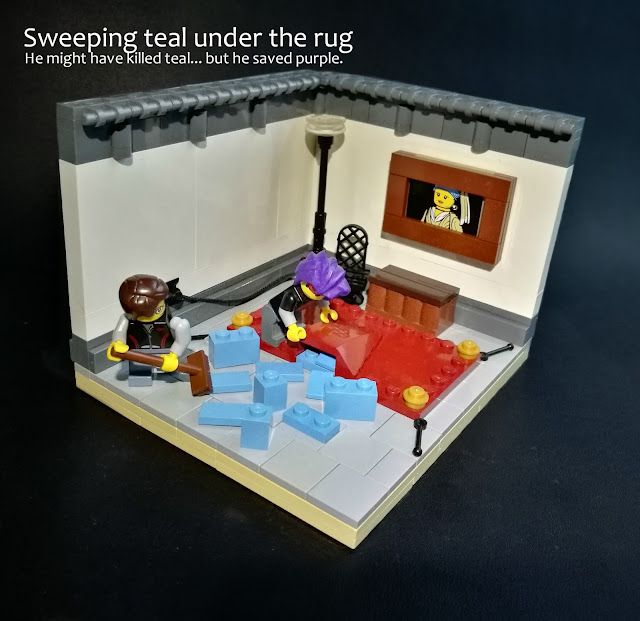 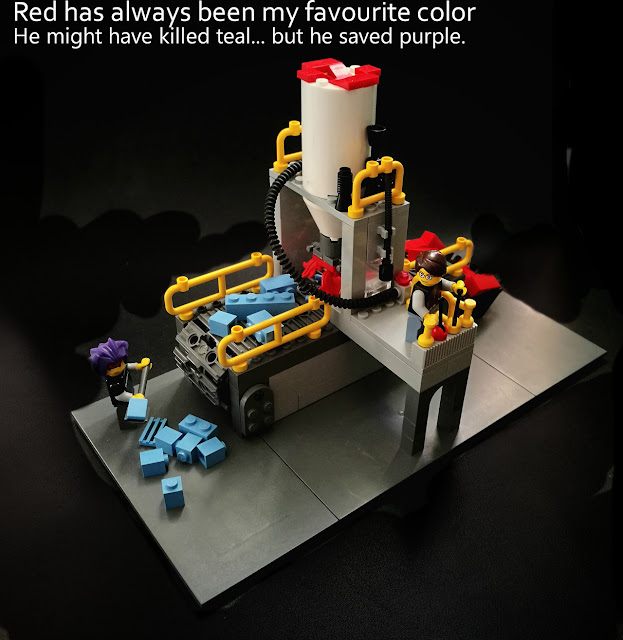 Red has always been my favourite color

In his quest to kill teal, this time Mark has build a giant spray painter to convert teal to the only right color: Red.

Ryo is there to help him again. To be honost, he didn't really feel like helping, but Mark threatend to paint his hair red, so it left him with no choice. 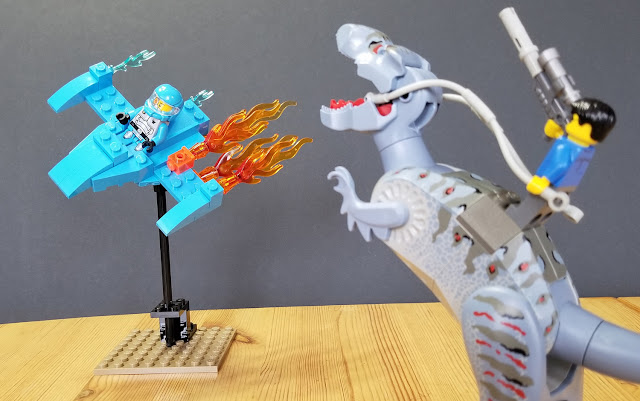 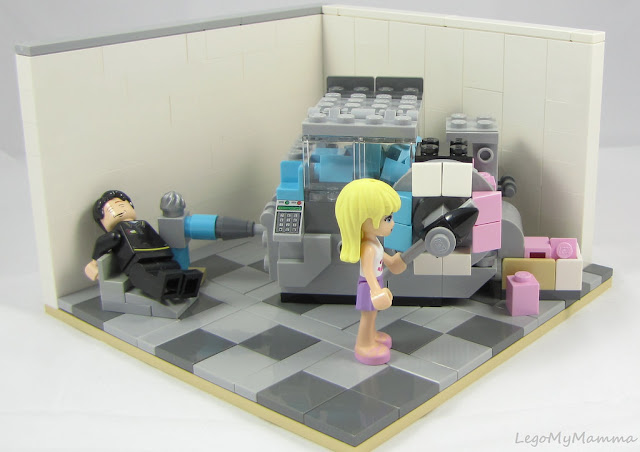 Slept unTeal it was too late! 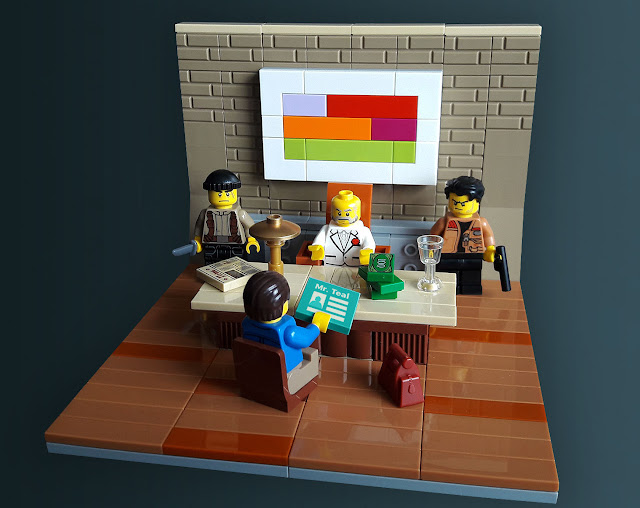 I want him gone!

Mark Stafford meets Don Antonio, asking for a favor:
- "Don Antonio, this is all I've got on him and I want him gone!"
- "Consider it done, my boy."

...later that night Mr. Teal went for a swim near the old fishing store... 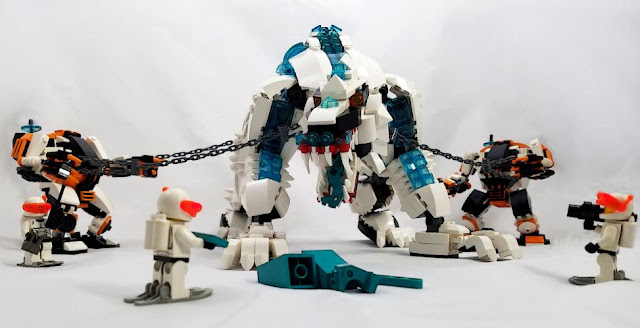 You're getting too close Mark...

Mark and his comrades travel to a distant world and wrangle the only thing known to eat turquoise bricks... 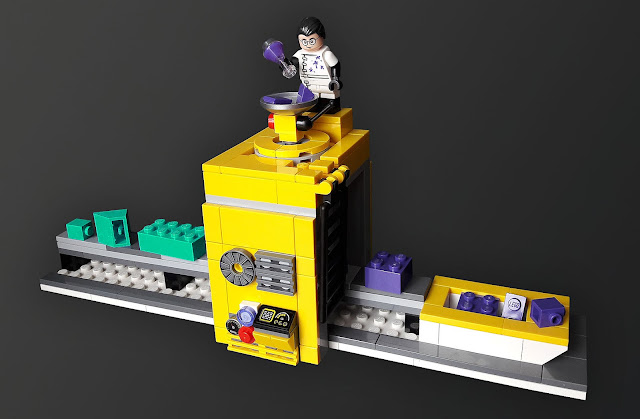 No More Teal This Time! 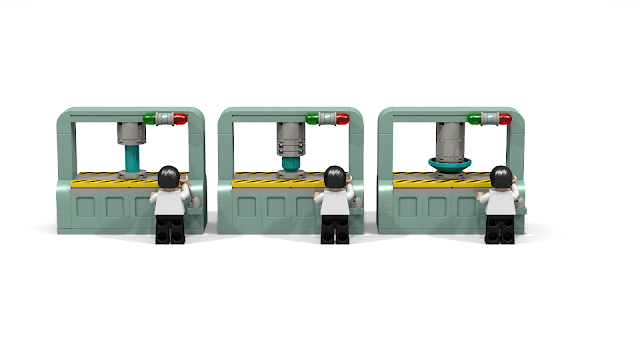 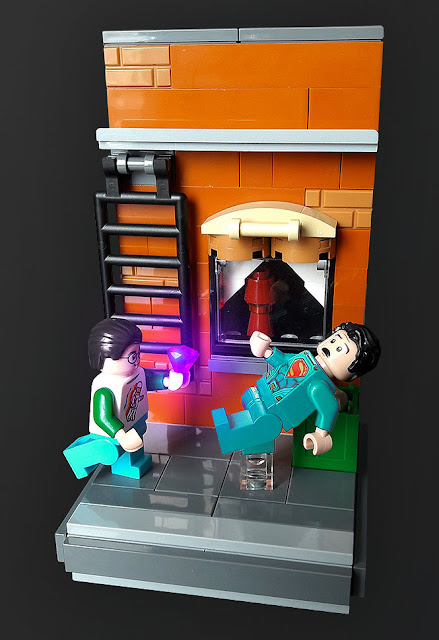 Mark finally found that special piece of crystal, that might help him get rid of this dreaded Man of Teal, once and for all... 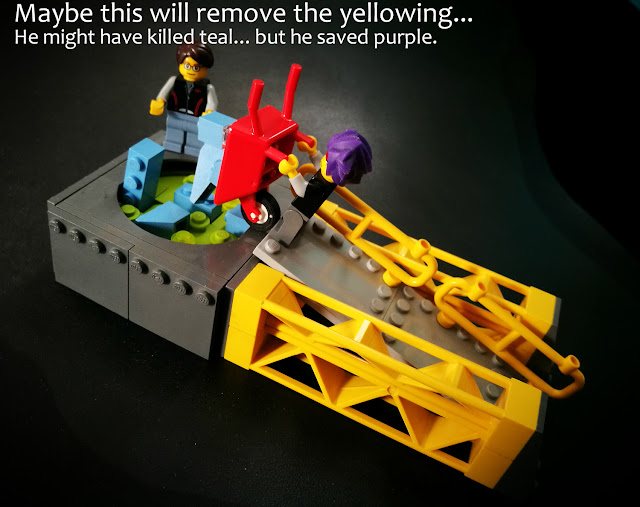 Maybe this will remove the yellowing...

In an attempt to remove the yellowing on teal bricks, Mark 'accidentally' killed teal, with his partner in crime Ryo. 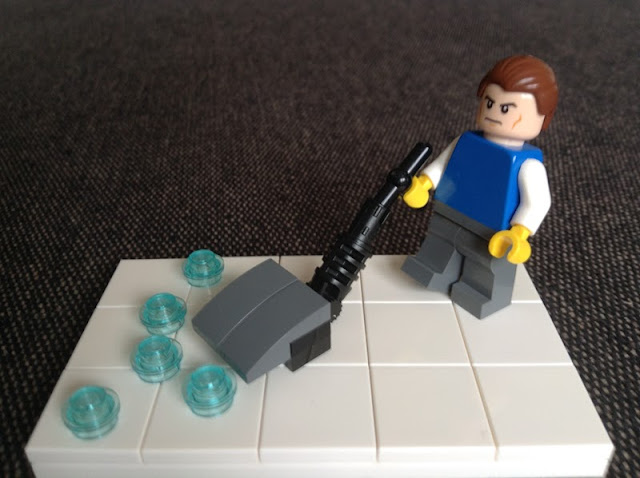 Kill Teal With a Vacuum Cleaner

Prizes in this competition are kindly provided by the LEGO Group. All content represents the opinions of the competition entrants or New Elementary authors, and not the LEGO Group. All text and images are the copyright of the entrant named below the image.
Admin: Tim Johnson Posted on 3/01/2018 05:07:00 am
Email ThisBlogThis!Share to TwitterShare to FacebookShare to Pinterest
Labels: Community