For our parts festivals we also encourage builders to make 'tablescraps' - little things that aren't models, but might have an interesting technique or use a new part in a clever way. For the final visit to our Denmark workshop, we present some of these tablescraps. 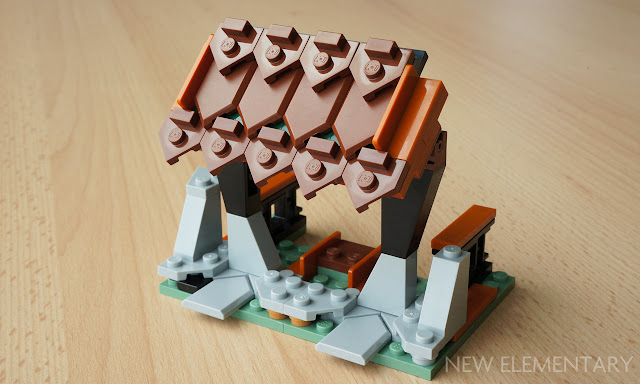 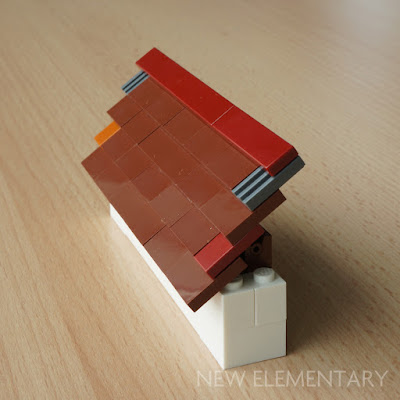 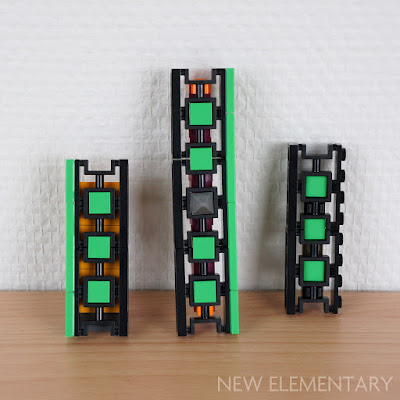 In previous posts you may have noticed builders utilising the square hole in the Ninjago Fence 1X4X2 W/ Shaft No 1 in Black (Element ID 6195092 | Design ID 32932). It is designed to comfortably fit a 1x1 piece placed sideways, as you can see above. (And yes... those tiles are Bright Green! Thanks to the new 21037 LEGO House set, we now have a fantastic array of Bright Green tiles available for our models.)

The picture below shows how each of the above tablescraps uses a different method to put the 1x1 pieces sideways. The one on the right makes use of the fact that the Ninjago fence has 3.18mm bars on either side of the square window, so you can clip parts to it. 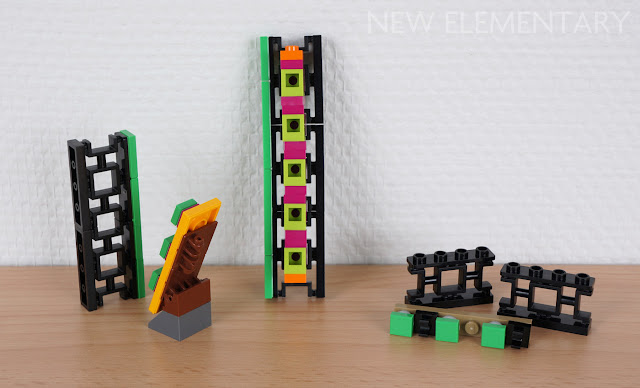 As mentioned, it's a comfortable fit. Some builders wanted to investigate what pieces are a tighter fit, such as two 1x1 round plates. We might never see such techniques in official LEGO sets as they probably stress the elements. 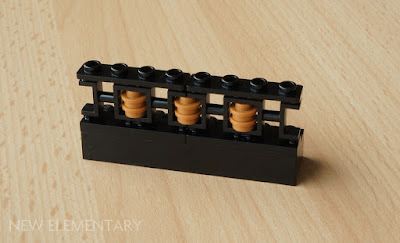 Other ideas included using two cheese slopes, or an Erling (headlight) brick. And the tablescrap on the right found a way to insert a 1x2 tile - by creating a T-junction with the fences. Clever! 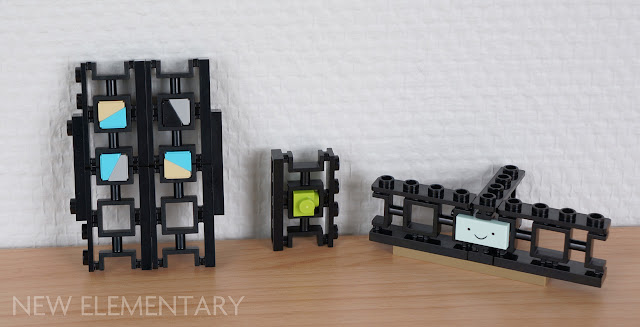 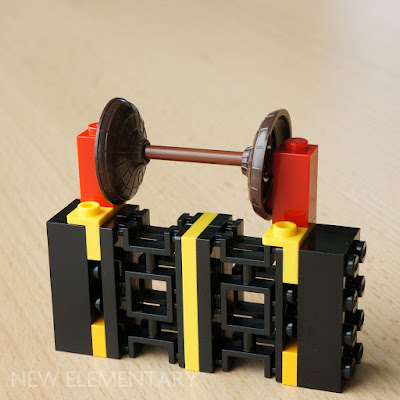 I'm amused by this one. Everyone was incredibly frustrated that the top of the Ninjago Mini Hat No 19 in Dark Brown (Element ID 6198018 | Design ID 26007) looks like a recessed stud, but isn't. So this builder went to great lengths to find a way to suspend a 3.18mm bar in between two hats! 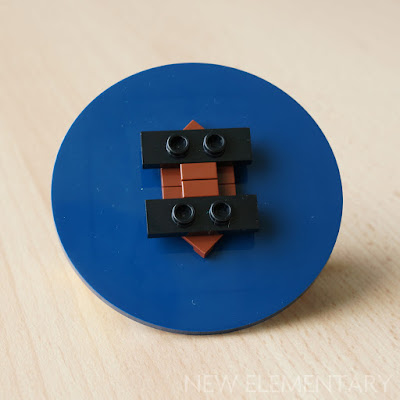 I'm not sure if this one was supposed to be representational - a boat on water perhaps - but the interplay of the pentagonal Plate 2X2, W/ Design and the Plate 1X3 W/ 2 Knobs in Black (Element ID 6199908 | Design ID 34103) was interesting. The latter has the same underside as the most recent version of the 1x2 jumper so that you can offset studs underneath as well. 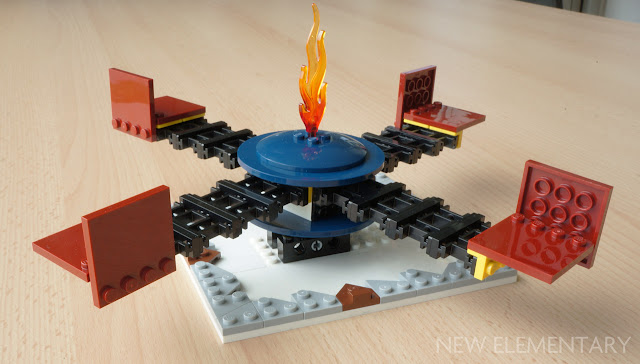 Okay, this is wacky! Perhaps an idea for the next Ninjago ride at LEGOLAND. But what I liked here was the base, which made use of the plates 'with reduced knobs' that I chose as part of the filler brick. The various wedge plates create a nice shattered effect. 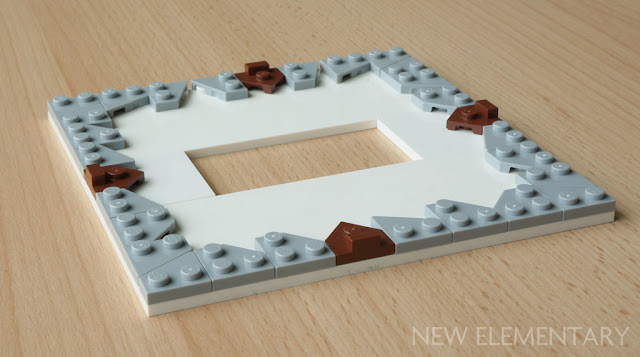 Although we're leaving Skærbæk now, we're not done with this parts festival! A couple of the builders continued making models when they got home, so I will present those in a few days' time. Then we took the same pieces to one of the London AFOLs meetups, where even more models were created! Those will be published in another week or two.

READ MORE: Missed the other Skærbæk builds? Check out all of the posts, starting here

Products mentioned in this post were kindly supplied by the LEGO Group. All content represents the opinions of New Elementary authors and not the LEGO Group.
Posted by: Admin Posted on 1/24/2018 06:56:00 am
Email ThisBlogThis!Share to TwitterShare to FacebookShare to Pinterest
Labels: Community, Parts workshop, Technique