As you may recall, we love and support Fairy Bricks here at New Elementary. They raise funds, use them to buy LEGO sets at discounted prices to make the most of , then donate the sets to children's hospitals and hospices around the world. Their latest fundraising endeavour is a limited edition kit of the Fairy Bricks logo in 3D, designed by UK Certified Professionals Bright Bricks. There's only 500 available and you can buy set FB001 now! International customers, it's probably best to contact Fairy Bricks direct at contact@fairybricks.org. 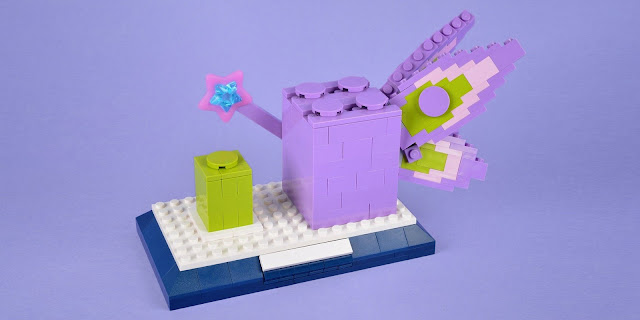 It costs £20 plus shipping. It contains 246 pieces including an exclusive numbered tile (not shown in the above picture - see the box pic below). I don't have mine yet (thanks to Huw from Brickset for the picture) but I do have a parts list, so I can tell you about some of the nice parts that come in the set. As you can tell, it's a bit of a parts pack!

The quirky, rarer parts on the end of the wand are two Clikits stars; this solution was the brainchild of Rhys at Bright Bricks. I'm pleased to be getting a White 8x16 plate; these have only appeared in seven sets since their introduction five years ago.

So grab your copy now whilst stocks last! 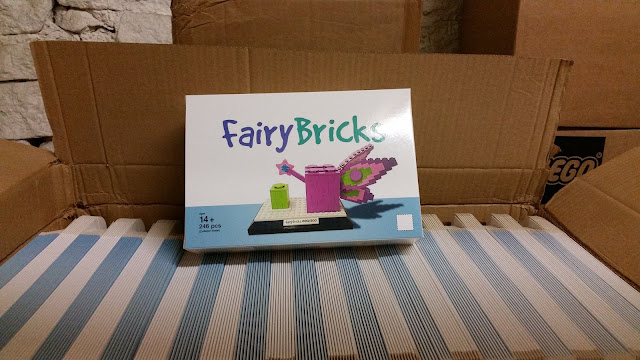