Welcome to New Elementary and thanks for visiting our LEGO® news and set reviews site, with a unique focus on the bricks themselves. We are a dedicated group of LEGO fans who create high-quality, deep-dive articles about LEGO parts, especially the newest ones! We just love to introduce LEGO pieces to you and inspire you to build with them.

New Elementary was founded in 2013 and is a Recognised LEGO® Fan Media, meaning we receive support from the LEGO Group in the form of review sets, interview opportunities and more. This also means we will not be discussing LEGO leaks here! However we regularly receive sets to review in advance of the release date, and official press releases too. Opinions expressed in our articles are our own. 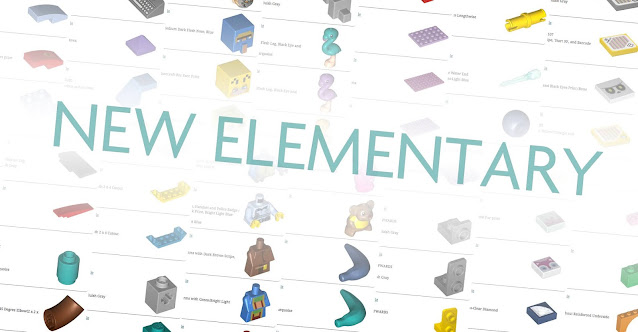 If you love what we do, you can become a supporter on Patreon, or use our affiliate links to buy your LEGO (we may earn a commission).

Although we have many guest writers, at the heart of New Elementary are a team of dedicated volunteers who spend hours researching, writing, photographing... and chit-chatting!... all to keep you entertained and informed. Let's meet them in alphabetical order! 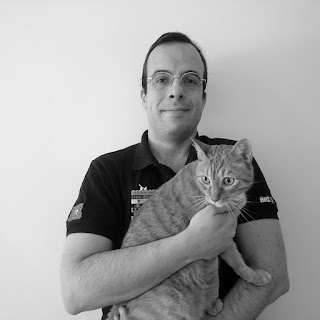 Hailing from Portugal, Alex has always loved playing with LEGO products, having never gone through the typical "Dark Age" without LEGO. He is a member of PLUG (Portuguese LEGO Users Group, of which he is a former Ambassador), ROBOTMAK3RS, and TechnicBRICKs. A big fan of technology and gadgets, it should be of no surprise that his favourite LEGO themes are Technic, Space (M-Tron for the win!) and MINDSTORMS.

As a child, Alex swallowed a piece of a puzzle, which now has 1499 pieces. 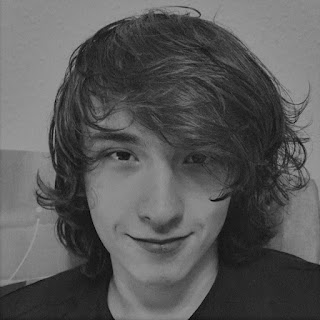 Currently living in rural Hungary, Aron got into the LEGO hobby with the first generation of BIONICLE, and was appropriately brought out of his dark ages by the second. When not building, editing or writing, he annoys his fellow New Elementarists by calling colours "Metru Blue" and "Keetorange". 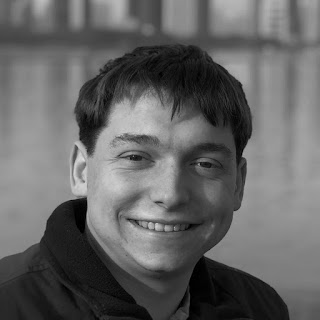 A lifelong LEGO fan, Ben enjoys building with bricks (both real and virtual) and doing original research into the digital history of the LEGO Group. He has consulted on numerous projects including LEGO Worlds (2017), Bricks n' Bits (2021), and The Secret Life of LEGO Bricks (2022), and is an active member of NELUG. In order to afford his LEGO hobby, Ben works as Game Artist in the United States.

Ben was once admitted to the hospital for swallowing a trumpet. 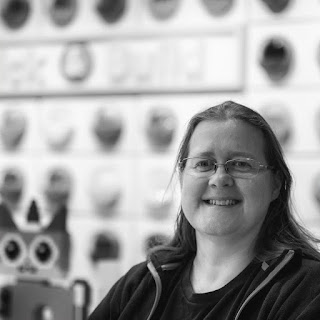 Caz loved LEGO as a child, particularly the original Classic Space theme, but she only came out of her Dark Age at the end of 2017. Since then, she has been making up for lost time, building mostly with System elements to construct various microscale models and expand her custom Ninjago District. She also dabbles in Technic when building frustrating Great Ball Contraption machines. Caz has been a member of London AFOLs since November 2017, and a selection of her Micropolis MOCs are on display in the LEGO House Masterpiece Gallery in Billund from 2019-2021.

During a canal boat holiday in southern France with friends, Caz accidentally kidnapped a dog. 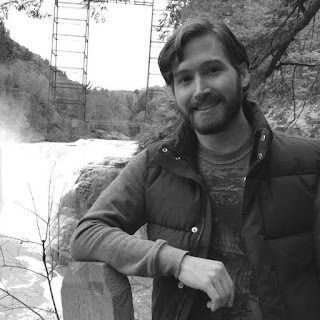 Chris grew up with LEGO in the 1980s and early ’90s with Town, Technic and all things Space. His LEGO journey began with a giant bin of his older cousins’ LEGO bricks and was reignited in more recent years thanks to Creator, Ideas, and so many other wonderful themes. Chris hails from Queens, New York and loves the element exploring and parts-sorting world of New Elementary.

Chris' father was a priest and his mother was a nun. 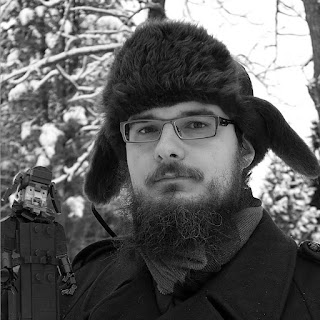 In his free time, Eero tries to capture human beings with plastic bricks. Otherwise, he dabbles with architecture. When it comes to both LEGO and buildings, he prefers second-hand ones that have seen some life. He was born in rural eastern Finland but has moved to a slightly more urban setting in Tampere. Unlike most AFOLs, he picks blueberries and tried to avoid falling into BrickLink.

Eero once spent Palm Sunday dressed up as an egg and beating his neighbours with twigs. 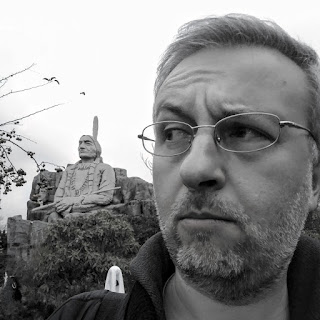 Francesco lives in Italy even though you can easily find him roaming around Billund. LUG Ambassador for ItLUG, he came out of his Dark Ages about 10 years ago and fell in love with LEGO history after a tour in Billund in 2015.

Francesco once watched Wicked with Helena Bonham-Carter and Tim Burton. 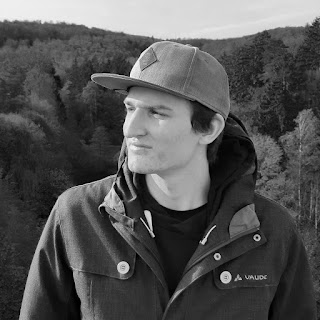 Jonas lives in Germany. After a LEGO-filled childhood, his obsession with the bricks just became bigger and he never had any Dark Ages. He still loves to build MOCs, to participate in building competitions and to show his work online and at LEGO conventions.

Jonas once was called by name by the lead singer of the German punk rock band "Die Ärzte", because he had lost his wallet at the concert. 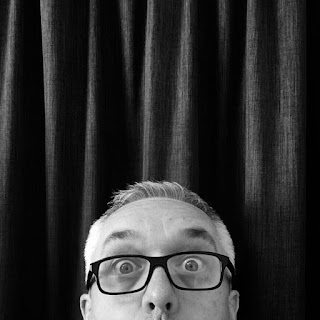 Kev lives in the UK. When he’s not tinkering with tablescrap LEGO experiments he’s mostly a stay-at-home parent, although he has been known to draw and make things for a living too. Kev’s love of LEGO began in 1979 with a 918; he clearly remembers obsessing about trans-red antennae sometime during 1983 and, with the exception of a couple of periods when stuff got in the way of LEGO, it’s been that way ever since.

Kev once shouted “Welcome to the Muppet Show” during a Bishop’s sermon. 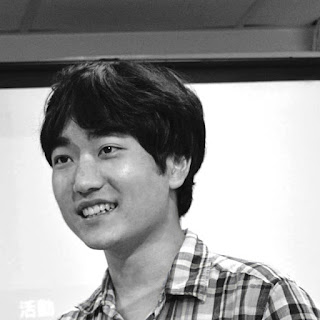 Born and raised in Hong Kong, Lee began his brick obsession at the age of 5 and has never stopped playing with LEGO since then. Beyond LEGO, his greatest passion lies in movies and as a result, a lot of his MOCs are inspired by them. That said, he always tries not to be limited to a certain genre of MOCs, and looks for new challenges.

Lee once ate pieces of a porcelain bowl at a restaurant. 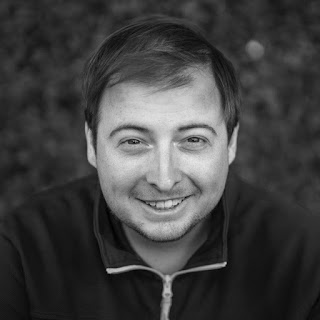 Originally from Germany but now living in Denmark, Markus has turned his life-long passion into a living. When he isn't paying his bills with tiny plastic bricks, he uses them to create MOCs in his spare time, building in a wide range of topics. He's known for questionable things such as building 52 mechs in the span of a year (which we can't recommend) or his unhealthy obsession with cheese slopes (tasty!) and, as of late, for tormenting amazing builders with crazy seed parts in the Iron Builder and Iron Forge contests.

Trying to get the perfect shot, Markus managed to fall into a local canal during the first class of his photography degree. 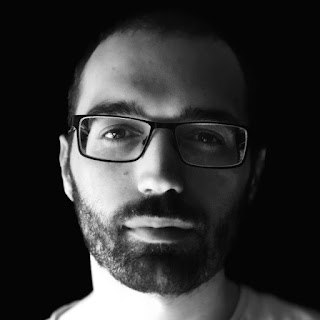 Based in the northwest of England, Omid is a fan of City, Trains, Space, Castle, Creator and Technic – all of which can be spotted among his massive, ever-growing LEGO layout on Instagram. 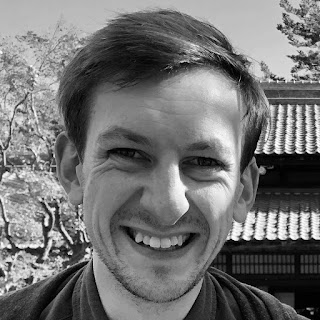 Thomas was born in Wales but has lived in Japan for almost a decade. He preaches the good word of Ninjago and Monkie Kid to the Classic Spacers in his LEGO User Group, KLUG, and he’s managed to convert a few new fans. When not building Star Wars MOCs, Thomas disappears into the mountains of rural Niigata on his bicycle.

Thomas was once forced into a kimono-wearing contest but lost to a contestant who wore theirs back to front. 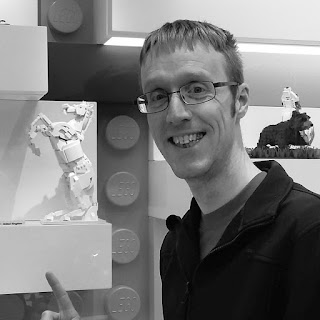 By day Tim just about manages an analytical chemistry laboratory but by night he builds LEGO, particularly (but not exclusively) spacey and Star Wars models. He has been on the UK AFOLs scene for a geological age and has contributed to various websites, magazines and books over years including being the co-creator of cult classic LEGO Space: Building the Future. Some of his models have been on display in LEGO House in Billund, and he spent 3 days working for LEGO to help develop the Legends of Chima theme... but maintains it was not all his fault.

Tim once reversed into the leader of the Liberal Democrats while doing a waltz. 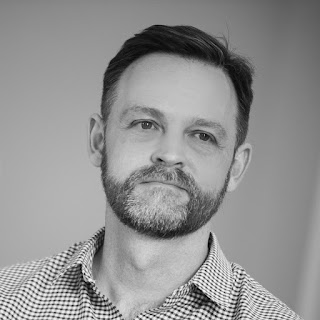 As a child Tim's favourite LEGO sets were Classic Space... and Shell petrol stations. He is old enough to remember being thrilled by the introduction of the 1x3 brick. After leaving his Dark Age in 2011 he became frustrated by the lack of discussion about new LEGO elements online, and founded New Elementary in 2013. He was also the Editor of Bricks Culture magazine for its 2-year run and has written and built for DK Publishing's range of LEGO books.

Tim was once removed from Australian Parliament for interrupting proceedings. 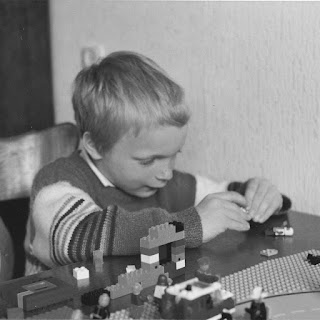 A Space and Technic fan as a child, TobyMac came back to LEGO around 10 years ago when he discovered Peeron.com. When that great resource sadly stopped updating he stumbled upon Rebrickable and, soon becoming utterly LEGO-obsessed, he became an admin there in 2016.

TobyMac once broke his jaw at a bike race. He passed the finish line first, but his bike never did. 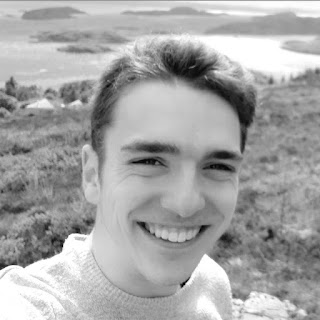 Having two older sisters, Tom's introduction to LEGO was an early one - albeit limited to Paradisa and Harry Potter sets. Having had no semblance of a Dark Age, Tom's obsession has grown ever since. When he's not at work designing packaging, he can be found making Star Wars ships in excruciating detail or creating bizarre spacefaring craft of his own imaginings.

Tom became feared amongst teachers at school on account of fainting during multiple classes... on the same day. 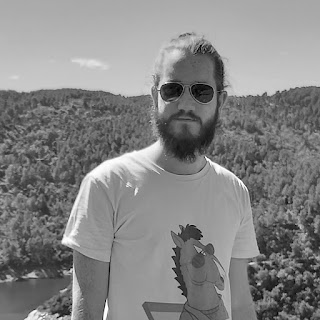 Victor lives in the north of France, where he works in the wooden construction field. In addition to building MOCs, he uses his knowledge in CAD to create his own LEGO parts. His first steps into the LEGO online community were through the fan site BIONIFIGS.com, and even if he's still a BIONICLE fan at heart, he mainly builds System MOCs nowadays.

Victor once went to a restaurant with a half-buttoned shirt, and only realised it because of the weird looks the waitress gave him. 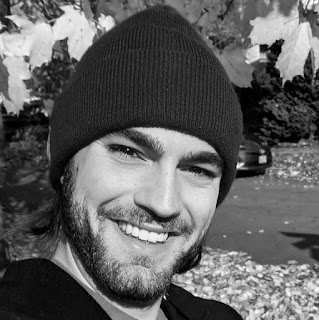 Lured out of his Dark Age by New Elementary's attention to detail, Zach favours LEGO cars, Star Wars and Technic. He believes LEGO is a playground for imperfection, a contrast to his career in engineering and computers. Computer games were instrumental in cultivating his interest in LEGO with countless childhood hours spent playing Rock Raiders and LEGO Racers on the family PC.

Zach has been deeper underwater than you.