We're excited to have our friend TobyMac, from the fantastic website Rebrickable.com(which shows you what other models you can make with your existing parts) reviewing the new LEGO® Disney Storybook Adventure sets for you across two posts this week. A Technic fan as a child, Tobias came back to LEGO around 10 years ago when he discovered Peeron.com. When that great resource sadly stopped updating he stumbled upon Rebrickable and, soon becoming utterly LEGO-obsessed, he became an admin there in 2016. 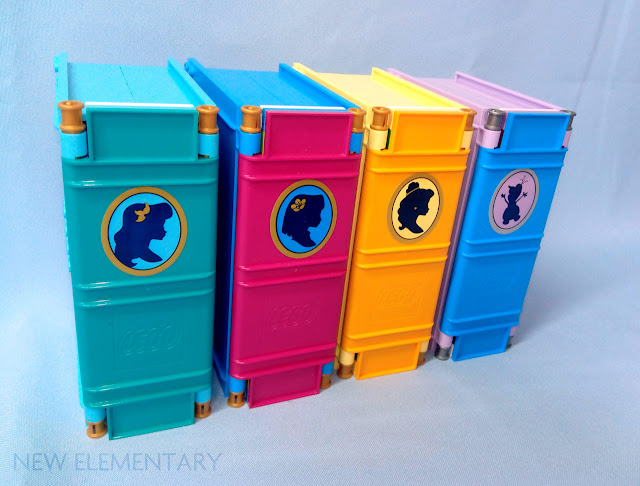 These sets caught my eye because of the new style of figures introduced, which BrickLink call Micro Doll. Then I also noticed the large book pieces. Unneeded, single-use parts? Or could a creative mind do more with them? I’ll describe them for you, and let you be the judge.
For this review, I’ve put the parts of all four sets into one pile while figuring out which parts are new, in a recolor or rare version, or of course newly printed. 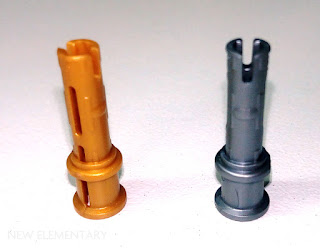 Technic Pin Long with Friction Ridges Lengthwise and Stop Bush comes in two unusual recolors: Warm Gold/ Pearl Gold (6285441|32054) and Silver Metallic/ Flat Silver (6294233|32054). The Flat Silver version comes in 43175 Anna and Elsa's Storybook Adventures while the Pearl Gold comes in the three other sets. This element used to appear in 13 colours but from 2006 onwards was reduced to only three: Black, Medium Stone Grey/ Light Bluish Gray, and Bright Red/ Red. In 2017, Bright Orange/ Orange was reintroduced and now, for the first time ever, we get a Technic pin moulded in pearl colours. 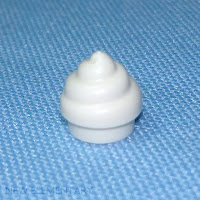 This is the first time this element has appeared in a color other than its original Reddish Brown, and other than 43176 Ariel's Storybook Adventures it currently also appears in three other 2020 sets. 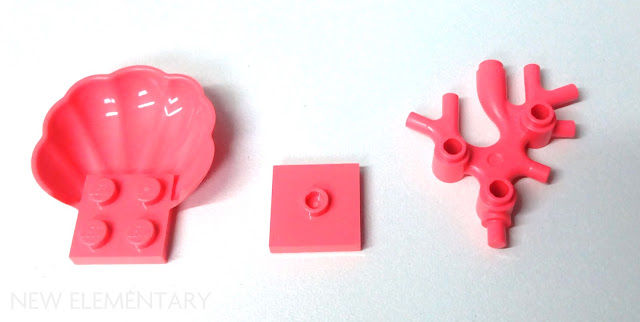 There are three new parts in Vibrant Coral/ Coral: 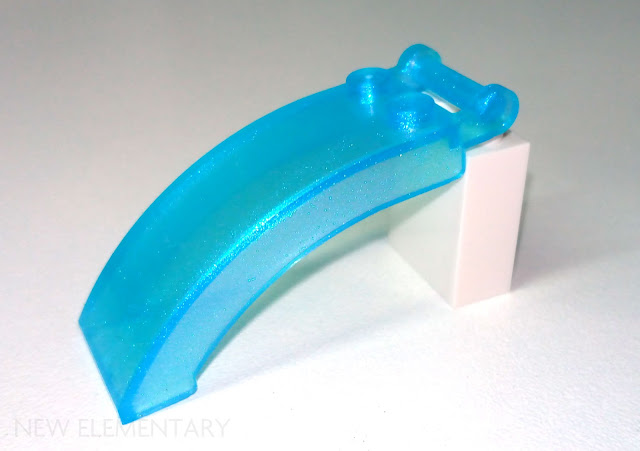 Here are the rest of the recolors:

There are a load of new prints in these sets. Firstly, here are the new ones found in 73177 Belle’s Storybook Adventure. 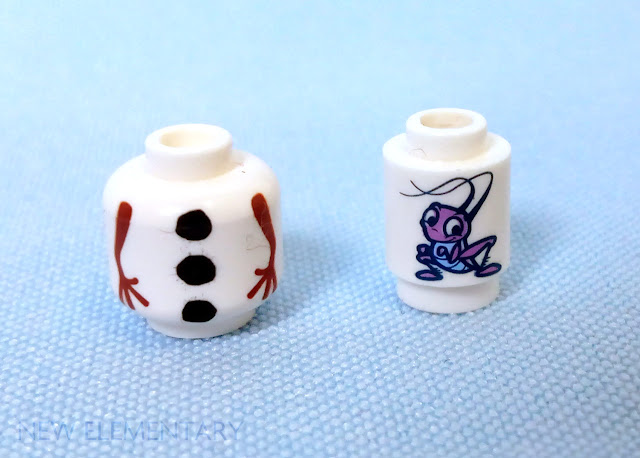 Olaf has had a few versions over the years. Above on the left is the first I could find (missing a Black round 1x1 plate). In the middle is the most recent version from the Frozen II sets, and on the right is the version in 43175 Anna and Elsa’s Storybook Adventures. Note that the head, besides one updated print, has not changed over the years. There is also a Duplo version, but I don’t have that one in my collection. 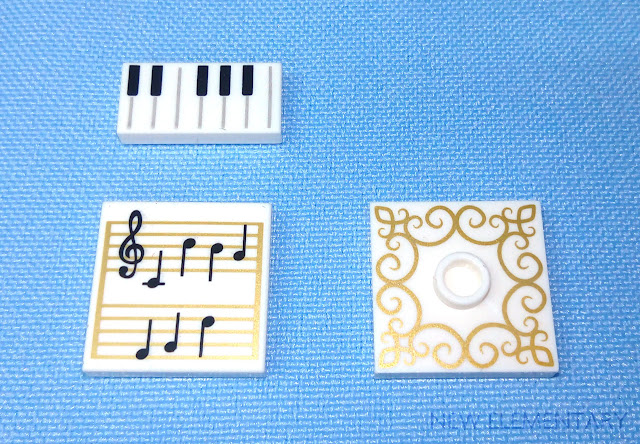 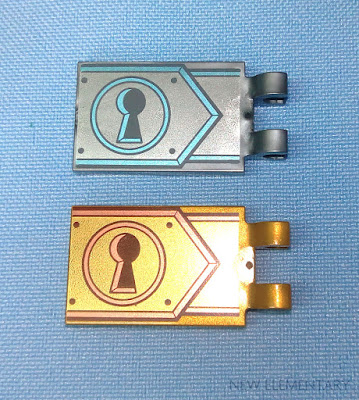 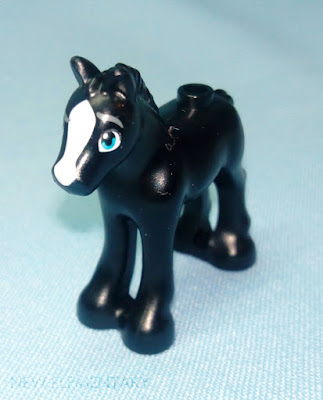 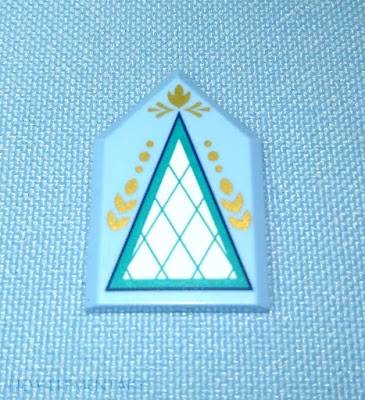 Both a new print and a rare color is the Tile Special 2 x 3 Pentagonal with Triangle Window, Gold Decorations on Light Royal Blue/ Bright Light Blue (6293666|67048). This Nexo Knights shield part (22385) has been seen unprinted in Light Royal Blue only one time before in 75958 Beauxbatons' Carriage: Arrival at Hogwarts, released in 2019 and reviewed here. 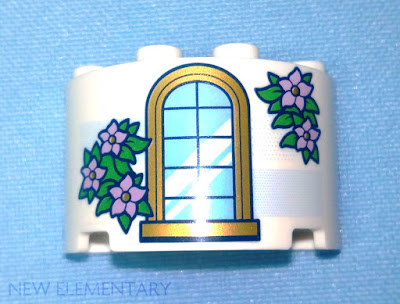 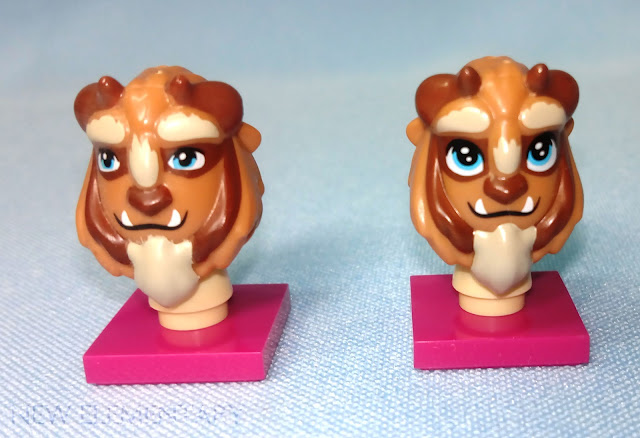 There is also a new print for Mini Doll Mask Beast (26292). This is the second print for this part, coming again in Reddish Brown (6288513|59108). Besides the larger eyes and small changes to the eye-and-nose-brows, I don’t see any other differences to the first print (shown on the left).

Lastly before we go into the new parts, there are a few rare/ interesting colors to mention. 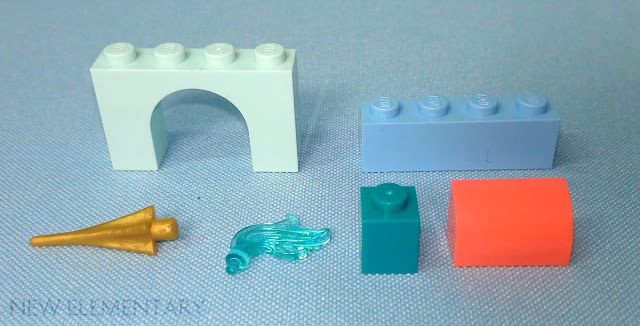 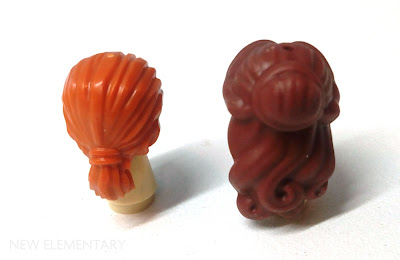 So, for sets of this small size, that was a pretty long list of new and rare elements. And I haven’t talked about the completely new parts yet!


READ MORE: Continue to Part 2 to see the new parts, including the Micro Dolls

All text and images are © New Elementary unless otherwise attributed.
Admin: Tim Johnson Posted on 3/02/2020 08:36:00 am
Email ThisBlogThis!Share to TwitterShare to FacebookShare to Pinterest
Labels: Disney, Set review