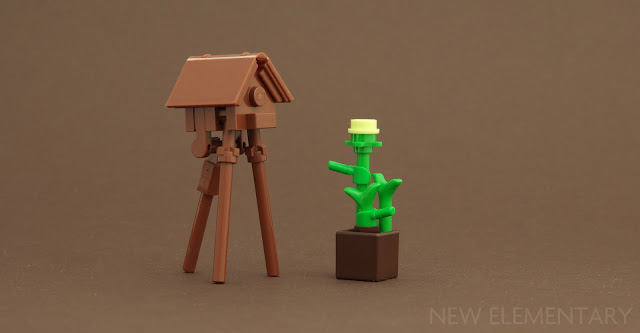 Aside from the Minecraft plate the other keystones for this small build are the Bar 1L with Top Stud and 2 Side Studs (Element ID 6029774 |Design ID 92690) that inverts the building direction and holds two of the stands and an open book (Element ID 4598334 |Design ID 33009) that makes the roof. 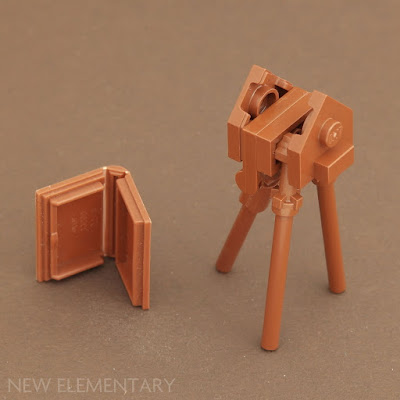 In addition I used a Dark Brown Minecraft cube head (Element ID 6162384|Design ID 28266 or 19729pb002 on BL) upside-down for the flower pot, which unfortunately is printed with Steve's face on the backside.

The idea for my second build, a signpost, seems very obvious but I needed Markus Rollbühler to point it out for me, as we were talking about the uses for the Minecraft mould that I had already on my mind. 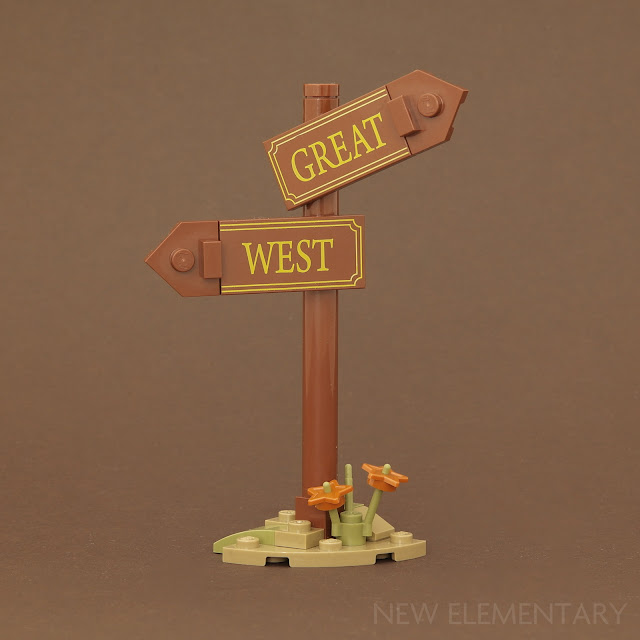 The challenge here was to find fitting decorated tiles that could work as signs and in the end I went with the “Great” and “West” 2x4 tiles from Toy Story 7597 Western Train Chase.

What I like about the new plate is its perfect conformity with the LEGO System, so you can easily combine it with other wedged parts without getting a gap. For these two characters the new mould teams up with two fresh Facet Tiles in Dark Azure (Element ID 6166855 |Design ID 27263) to make the iconic T-shirt shape. 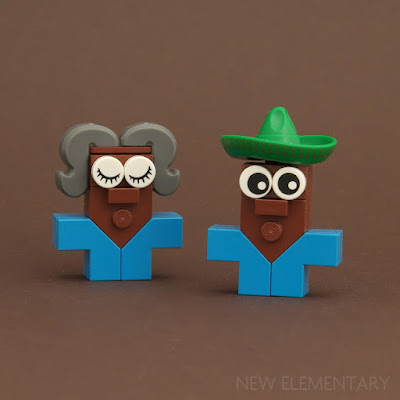 I'll be back with another model using this part next week, built in a very different style!


READ MORE: Sven Franic analyses the parts found in LEGO BrickHeadz sets
Do you like buying stuff? Do you like reading New Elementary? Please consider following our affiliate links before you buy your LEGO sets and bricks (or anything); any purchase you make will send a few pennies New Elementary's way and that is hugely appreciated.

Products mentioned in this post were kindly supplied by the LEGO Group. All content represents the opinions of New Elementary authors and not the LEGO Group.
Posted by: Admin Posted on 4/19/2017 01:31:00 pm
Email ThisBlogThis!Share to TwitterShare to FacebookShare to Pinterest
Labels: Minecraft, Technique