LEGO® Harry Potter has returned once more, along with Fantastic Beasts, within the overarching theme of Wizarding World. While we are busy exploring all the details of the new sets, in this initial post Elspeth De Montes introduces a very small item that is essential to any wizard: a wand. Editorial note: Although views expressed by Harry Potter's creator do not align with that of New Elementary, we continue to cover HP sets. Read about our stance here.

All previous wands in the Harry Potter theme have simply been a 4L bar otherwise known as Light Sword - Blade (Design ID 30374). The size of the wands in comparison to the size of a minifigure made them more like a fishing rod than a wand! I did always wonder why a 3L bar was not used but that question is now redundant as a new wand has been released. LEGO have definitely cast the Wandus Improvus spell.

The new wand element (Design ID 36752) has been released in six different colours thus far in the sets. See the end of this post for a list of which colours come in which sets. 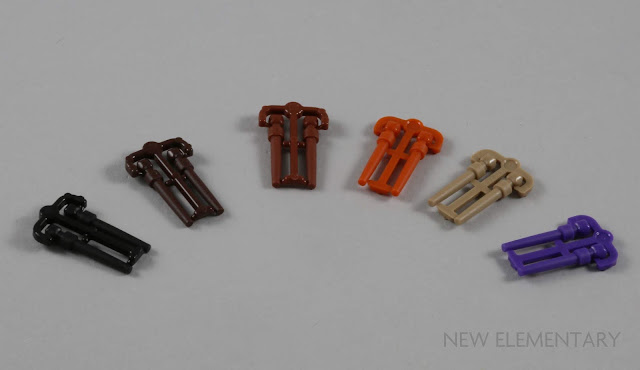 Not pictured above is a seventh – Voldemort’s White version supplied with LEGO Minifigures 71022 Harry Potter and Fantastic Beasts. 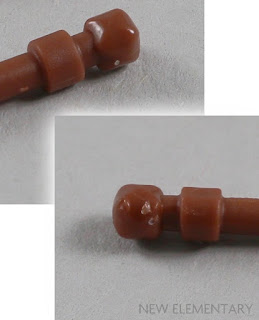 They are supplied as two wands on a sprue, attached at three points. Despite being careful as I disconnected them, there are a few marks from the sprue showing. The plastic seems softer than an actual LEGO brick but not as soft as plant parts.

READ MORE: Don't bin the sprue; you can build with that too!

Although the base of the wand appears spherical, it is actually a little squashed - officially known as an oblate spheroid. This means that you can angle the wand a little within the hand of a minifigure but any more than a slight angle will cause the clutch power to be lost. There are some examples shown later. At its widest, this roundish base is 3.18mm in diameter. There is a second raised portion only a few millimetres further along its length,  also 3.18mm. 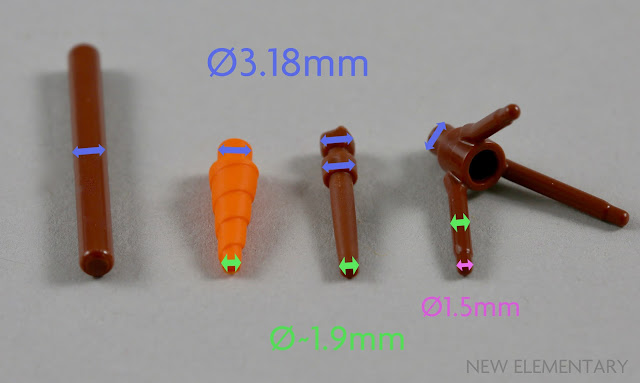 The rest of the wand tapers into a smaller diameter round bar that is slightly wider in width than the 1.5mm shaft to be found on the end of plant stems. I do not have callipers to measure but it appeared to be about 1.9mm - does this fit the System anywhere, or was this a deliberate choice to avoid unusual connections?


What can you build with the new LEGO Harry Potter wand?

Time to have a little play with the wands to see what other ways my minifigures and I could utilise this small new part. 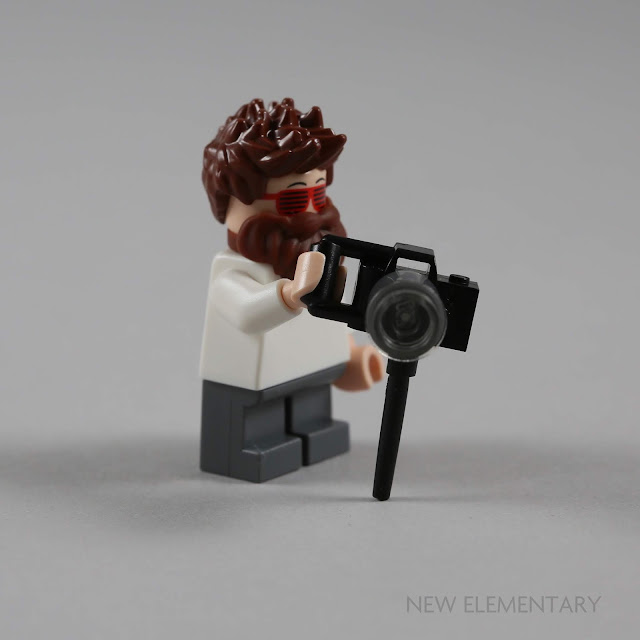 A wand makes a good monopod for your camera, as long as you are a child, or vertically challenged. 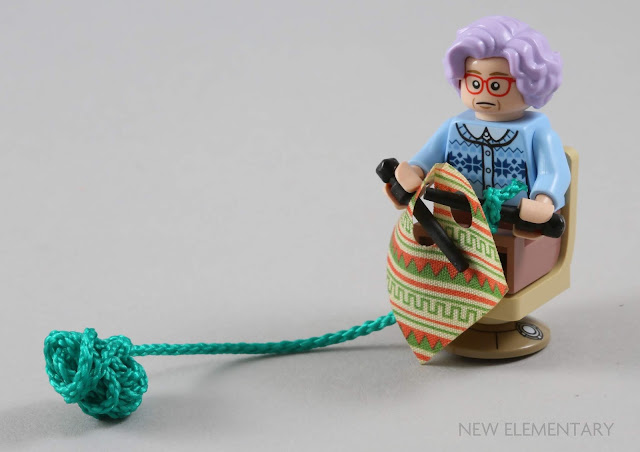 Get your Auntie Sue to knit you a wanderous poncho with these knitting needles. 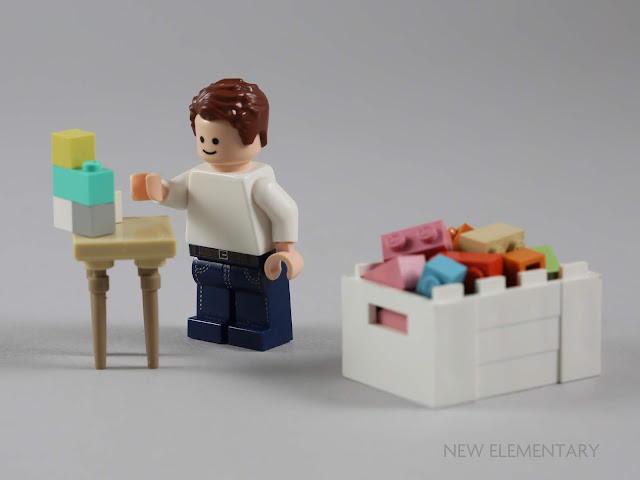 Burn a few extra calories when building your latest LEGO creation with this standing-height building table. 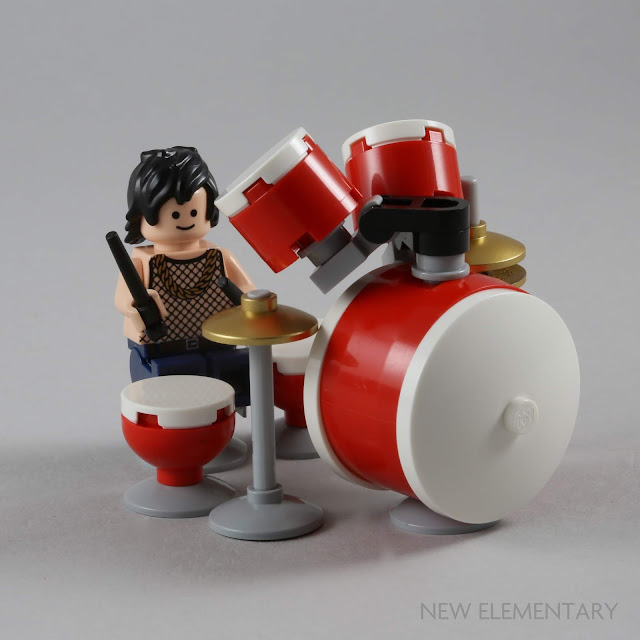 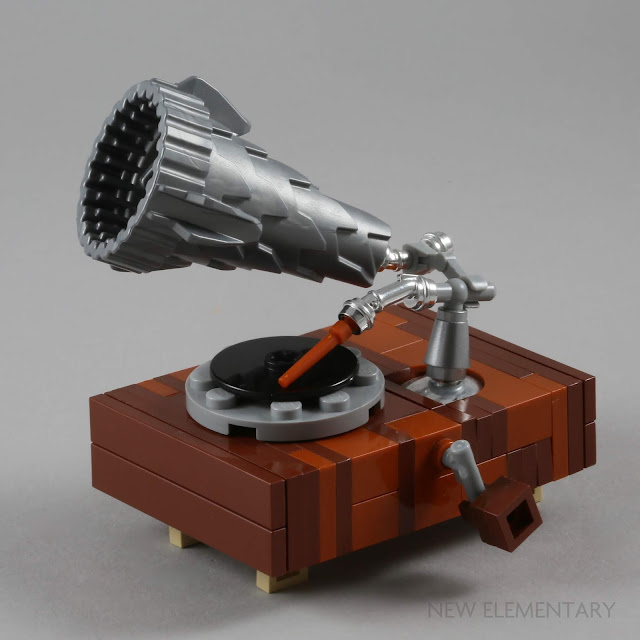 The wand could become a gramophone stylus but here, its oblate spheroid base made it tricky to get the angle right. 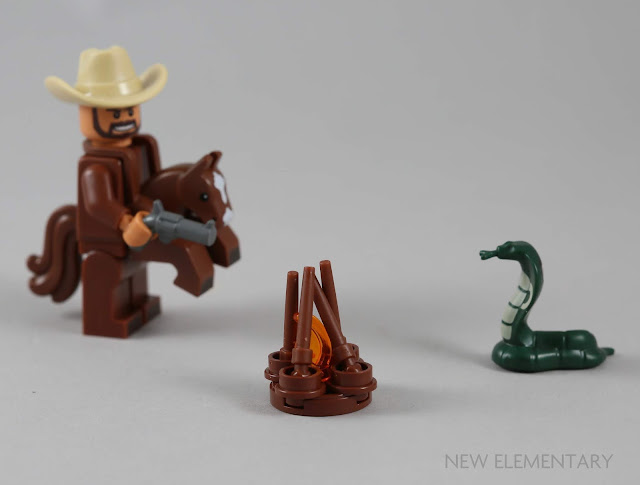 Finally, keep the campfire burning with your spare wands. The three that are more vertical are about as far as the wand will go before it pops out - as demonstrated by the one on the right of the fire.


Fantastic Wands and Where to Find Them

The new wand (Design ID 36752) is available in the following sets (excluding those to be supplied in LEGO Minifigures 71022 Harry Potter and Fantastic Beasts). Links in this list all go to Amazon USA; if you're buying your LEGO Harry Potter sets from Amazon, please consider following our affiliate links to get there! It sends a few pennies our way and helps us carry on publishing.

There are many more exciting new elements to show from the latest Harry Potter sets and we will be highlighting these in posts to come.