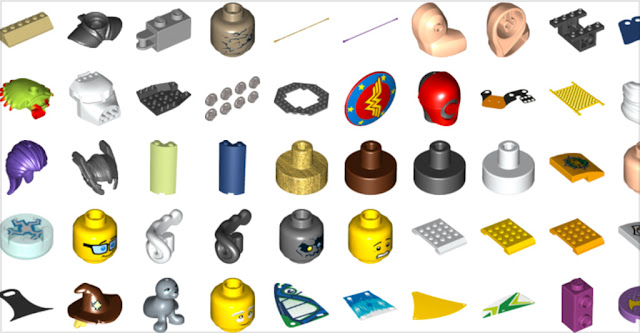 As promised, here are a few more brand new LEGO® parts coming this summer that caught my eye among the 780 in the latest update to Brickset's parts database. 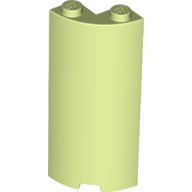 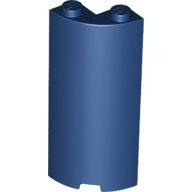 Macaroni columns! Or, more officially, Wall 2X2X5, 1/4 Circle, W/ Cutout (Design ID 30987). I like this idea, as a stack of five 2x2 curved bricks is not super stable. These are panels rather than solid bricks - note that the interior curve is now a right angle, so that you can place a square element inside. To start with, it comes in LEGO Elves sets in Spring Yellowish Green (Element ID 6186075) in 41188 Breakout from the Goblin King's Fortress, and Earth Blue [TLG/Dark Blue [BL] (6190141) in 41187 Rosalyn's Healing Hideout. 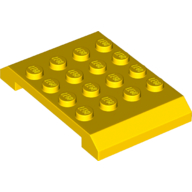 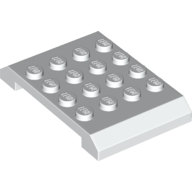 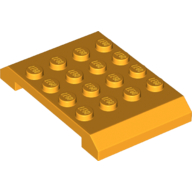 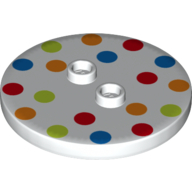 I almost skipped past this one on Brickset, thinking it was DUPLO. But no, it is System... a round 4x4 tile with two studs in the centre. The TLG name is Plate 4X4, Circle, W/ 2 Knobs (Design ID 33490). As it happens, we can already tile a round 4x4 area by using four pairs of the 2x2 macaroni tiles (27925) introduced in January with the quarter-circle tiles (25269) from last year. Nevertheless this is a great part - well, it will be when it comes unprinted! This spotty one (Element ID 6187472) comes in The LEGO Batman Movie 70917 The Ultimate Batmobile (available from Amazon USA and UK) where it is used as a minifigure stand. 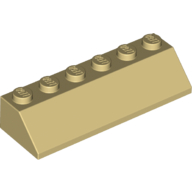 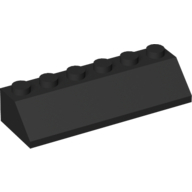 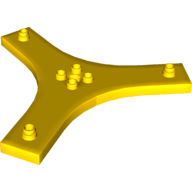 To end; this is a DUPLO piece, possibly the first I've ever mentioned on New Elementary! And I'm only doing so to make the joke that it looks like the Nexogon of DUPLO. If you fancy giving it a whirl, 3 Arm Element, W/ Tube, W/O Clutch Power (Element ID 6184955 | Design ID 29139) is found in the rather awesome 10840 Big Fair.

Next time I will highlight a few of the exciting recolours of existing parts that are new this summer.