Pull Together With Polybags

Here's a box of about 100 polybags, collected from people from New Elementary and London AFOLs and destined for Germany where they will be personally handed to refugee children. It's not too late to donate some yourself! 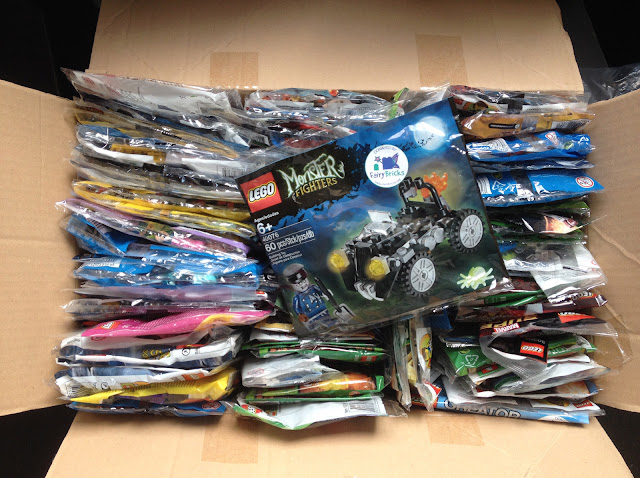 This community project was the idea of Jörg from 1000steine and he approached our favourite LEGO charity, Fairy Bricks, with the idea. I'll let Kevin from Fairy Bricks explain more.

We are all sadly aware of the humanitarian crisis sweeping through Europe at the moment. We've been thinking for the past week if there was something we can do with Fairy Bricks to help. A large concern about anything we could send would it be reaching the correct people. We wouldn't want a situation where 80% of anything we sent was to go "missing".

Thankfully one of the members of 1000steine.de, a German LEGO User Group, has agreed to hand-deliver any polybags we can send, so they end up being played with by children. These people have far more pressing concerns than LEGO, we all know that, but surely the children having a wee polybag to play with can only help.

So if you have any spare ones from promotions laid there doing nothing then please consider donating them to this effort. They can be mailed to Fairy Bricks HQ before being bundled together and sent to their final destination. If you're outside of the UK and would prefer to mail them directly to our German contact then that can also be arranged.